Always on the move exploring food trucks around football grounds for his project Buvettes, our good friend Guillaume Blot spend the whole summer looking for usual yet unusual pitches, lost across the countryside, along roads from France, Switzerland, Italy and Germany. He brought us back six images, each one conveys a part of romantism. You know, these bubbly pitches and these centre backs just trying to kick the ball (or whatever stands in front of us) as hard as they can. This type of football where the number of beers you’ll have after the game matters most than the number of goals you have scored.

Jeremie: Dear Guillaume, tell us where did you find these gems and what was the whole point of your trip?

Guillaume: Everything started when I met a Volkswagen T3 van, name the Blotmobile, which gave birth to Blotmobile Tour project. Starting from Paris, to Berlin to Brest, visiting cities like Bordeaux, Moulins, Annecy and Sienna. In total 8000 km in 36 days in July and August 2018. I actually just wanted to live experiences really, like going to a festival in Germany, which has been cancelled at the last minute, or going to buy groceries naked in a Spar shop in Gironde. And of course, on the road, you don’t only meet hitchhikers with a goatee and a Lafuma backpack. You also discover pretty unique football pitches, home of small local clubs.

What was your strategy? Did you see the grounds by chance or were you checking where to find them beforehand?

I wasn’t deciding where to go. Google Maps was. I gave him full responsibility. I’ve just asked him to avoid speedways. He was a really good guide. I discovered places such as Beaumont-en-Verdunois, La Groutte and even Ospedaletto. And when I was driving by a stadiun, I was estimating the artistic potential in just a glance: quality of the goals, of the grass, background, stands…. And then I decided if I had to stop or not. It happened quite a few times that I had to do a u-turn five minutes after I saw the ground, as there wasn’t any road to turn. Or when my love for rusted goals overcame my laziness. I also had some issues, when I couldn’t find the entrance, or when I had to jump over a fence more than two meters high like in Salita in Italy.

The pictures you shot in Italy show pitches totally decrepit. Is that the World Cup effect?

Well, I think we have here the real reason of Italian failure: a lack of investment in football facilities. In that country, you see lots of goals without nets, or with nothing to stop the ball behind the goals. Hence, kids are losing a shit load of foot balls! They have to buy new GOAL Made In Italy foot balls all the time, spend all their money in that shit, and after a while they’ve had enough with football. When they’re 16 and they have to chose between being Totti on a pitch or hanging around with girls on their Vespa, they already know what to do. 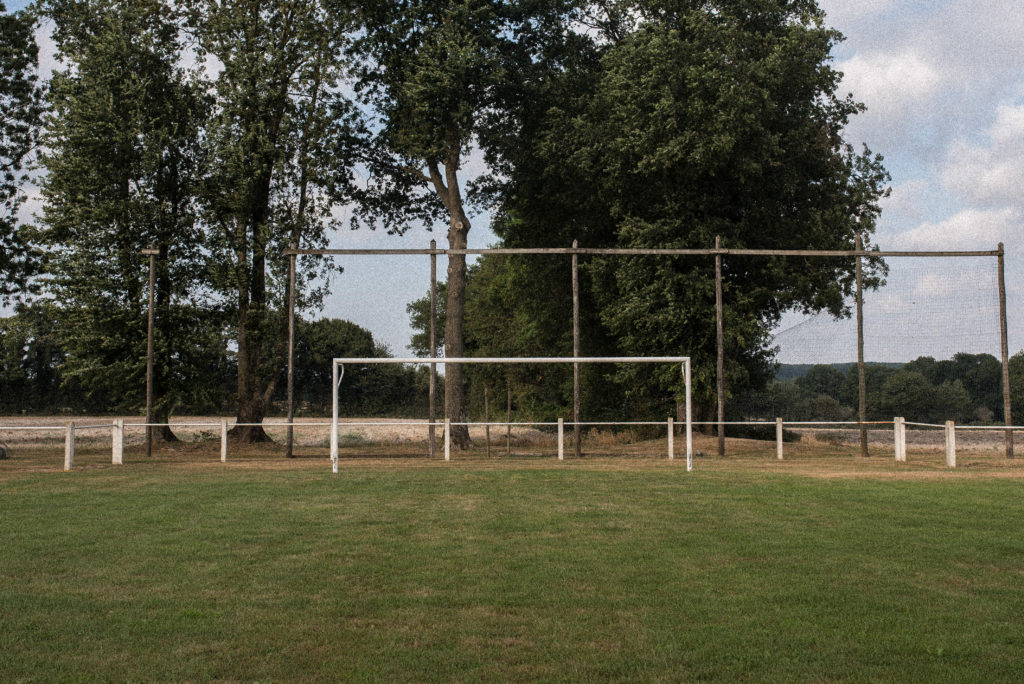 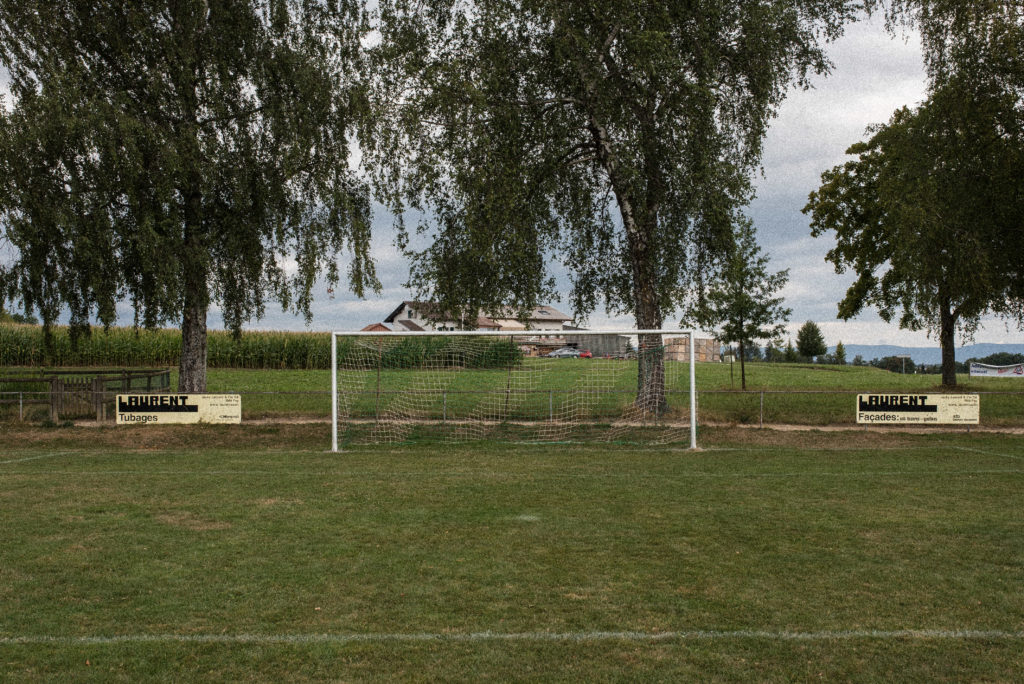 What does Foorball Campagne mean to you?

It’s a certain way to see football, to drop the H from Champagne to put it straight in the ass of the ones who see the bright lights before authenticity. It’s the stadium named after the local hero who left too early, the club-house which has “ar” instead of “bar” painted on the wall, the grass who isn’t really the same height, the lines not really straight, the players who wear two socks of different colours. It’s romantism on grass.

We’ve heard you have a couple of pretty cool projects cooking in the oven?

It could take me at least the first half of a game to tell you more about my project Buvettes (buvettes.com / @buvettes / Facebook) about the food you can find around stadiums. I’ve just finished an exhibition at a venue called Mecanique Ondulatoire in Paris. I want to make a video documentary about food-trucks around stadiums which were there ages ago and are still around. I am working on an article about one of PSG grills place, and I have a really cool article to be published soon in an English food magazine.

And finally, what’s the most rubbish pitch you’ve ever played on?

I have a lot of love for a pitch that I used to hate: the ground in gravels from my former football team: US Thouaré. I’ve lost quite a few challenges because of random bounces, but I’ve earned a lot of pizzas on my knees. It’s this kind of mandatory pitch to play on during Winter time, the one you’re praying not having to use in Spring season when it’s been raining a lot. That was -10 years before Jesus Astroturf pitches. 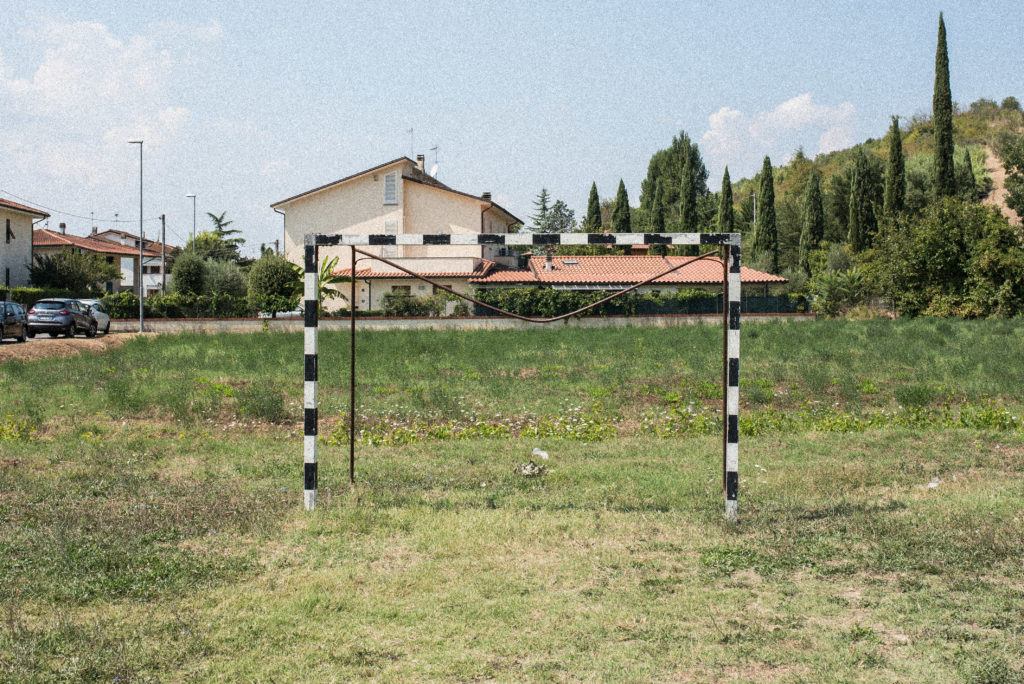 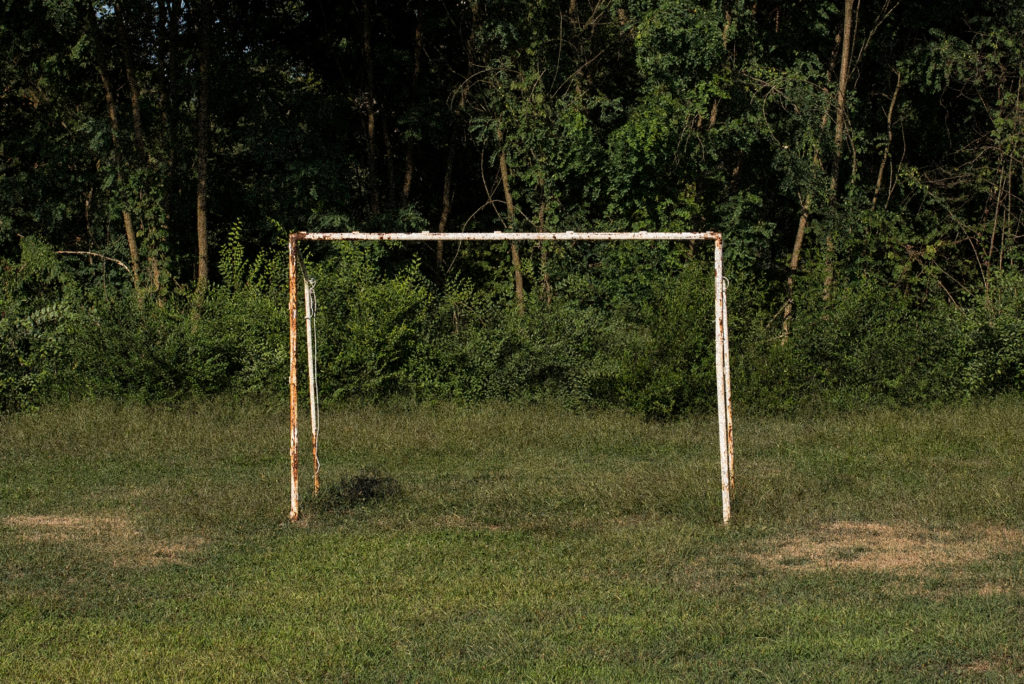 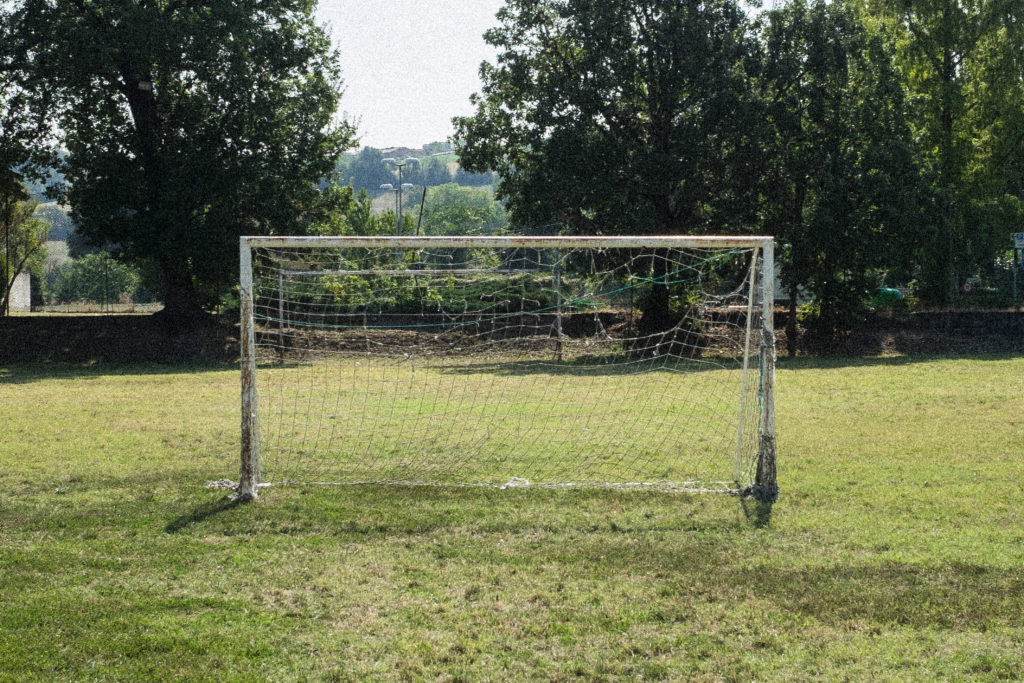 Driving your car as far as you can, stopping every time you see a football ground to take pictures and a slash on the grass. If that don’t make you dream more than holidays in Bali with the lads, we’re very sorry, there is nothing we can do for you.
Thanks to Guillaume for these stunning pictures and we’ll see you soon on Football Campagne.