We went to Uzbekistan for many different reasons, but one of the main ones was definitely to discover the football culture in a country not enough people really know about. We told the whole story in Soccerbible, article available here, but we want to tell it once again for you guys on Football Campagne. You gonna have to like it. And you gonna have to tell us you want to go there. Not because we want you to. But because you truly have to.

Back at university, my friends and I shared a passion for football, in particular the great Eastern European teams of the 1990s such as Red Star Belgrade. One day, aided by more than a couple of beers, we had a brainwave: we should form an association with one of the great Eastern European superpowers. And so we did. The Uzbekistan Shooting Star was born. It’s a country that nobody really knows, ourselves included. You never hear about Uzbekistan in the news and none of their clubs have achieved anything close to world domination. We were curious.

Having only opened its borders to trade five years ago, and with a freedom of press ranking of 166th out of 180, Uzbekistan is far from a common tourist destination. Nor is it a common footballing hotspot. At least not until recently. FC Bunyodkor has begun to put Uzbekistan on the map. Rivaldo spent two seasons at the club, whilst being coached by Luiz Felipe Scolari for one of those seasons. On top of this, the national team were agonisingly close to reaching the World Cup finals in Brazil, losing out to Jordan on penalties.

We decided to search the country to understand what football represents to the people of Uzbekistan, starting in Tashkent, at the newly built Bunyodkor Stadium. Designed in the pure Uzbek style with beautiful columns and grand appearance, the 34,000 capacity ground is home to Bunyodkor FC, taking on Metallurg Bekabad in the quarter final of the Uzbek Cup. As kick-off approached, we waited for the stands to be filled with passionate spectators. And waited. And waited. And then, before we knew it, the game had started. A top-flight Uzbekistan game taking place in front of 34,150 empty seats.
With 100 soldiers surrounding the perimeter, the 850 fans set about creating the atmosphere, with a core group of 30 fans responsible for the vast majority of it. As unique as the experience was, we often felt drowned out by the hollow sound of the players’ shouts reverberating around the empty stadium.
And it was a similar story wherever we went. At Pakhtakhor Stadium – another 35,000 seater and home to the most historic club of the city, we were greeted by row upon row of plastic seats. At least the experience didn’t cost us anything. To our great benefit, we learned that entry could be gained by high fiving the security guy.
In Bukhara, a city away from the bright lights of Tashkent, we found a whole different kind of fan inside the stadium. With Buxoro Arena incorporating a gym, it’s not uncommon to see wrestlers and MMA fighters running around the stadium’s track in their underpants to shed some pounds before their weigh-in.”

Given the passion for football in Uzbekistan, the empty stadiums seem strange. Wherever we went, people related us to French footballers. “Oh, your name is Jeremie. Like Jeremie Toulalan”, “You are French? How is Zizou doing”. It wasn’t even your stereotypical fan telling us this. The passion of football swept across all demographics. We were even visited specially by a group of Uzbekistan ladies in their 80s at a Koranic school who commented on the final of the Euros.

Despite excellent international performances in boxing, judo and wrestling, football is the number one sport in Uzbekistan. The problem, however, is that with the country independent for just 25 years, football is still in a phase of development. Added to that is the fact that Uzbekistanis, by their own admission, need motivation to attend the games. “We’re really bad at communicating games are taking place and getting people excited to come”, the leader of the Bunyodkor fans told us, “Uzbeks are still not really used to doing things by themselves. They need to be told this is happening, and that they should attend this game”.
With the spotlight on Russia for the 2018 World Cup, this satellite country has an opportunity to make a worldwide statement. Qualification is in full swing and with a bit of luck the squad will be able to go one further than last time. After all, Uzbekistanis hate losing. You can see it in the passion of the fans, both in the ground and on the street. Even street football is paid with a passion that is frightening. Money is put on the winner of each game, which makes for ferocious contests. If their national team takes this passion and applies it in front of a packed stadium then perhaps, perhaps, this country will make it to Russia and get people to know about them. Finally. 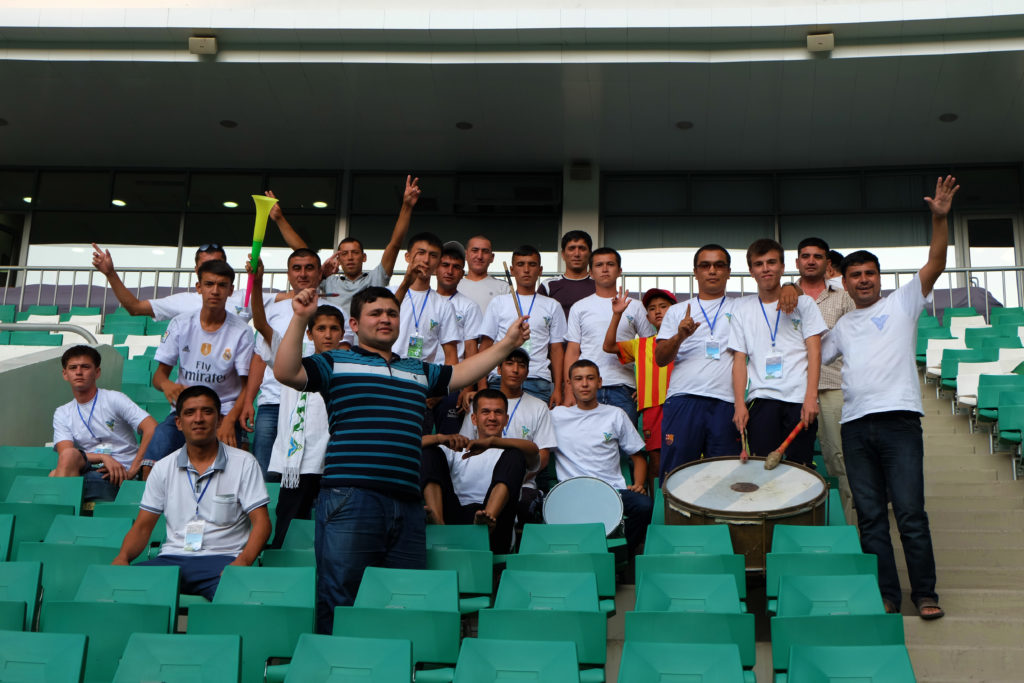 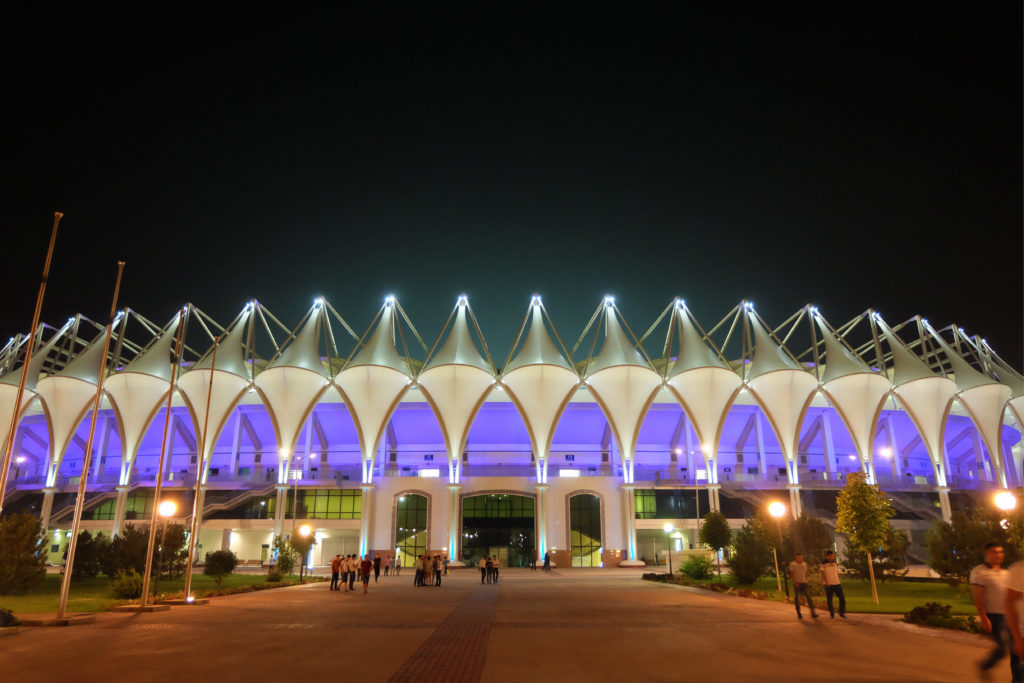 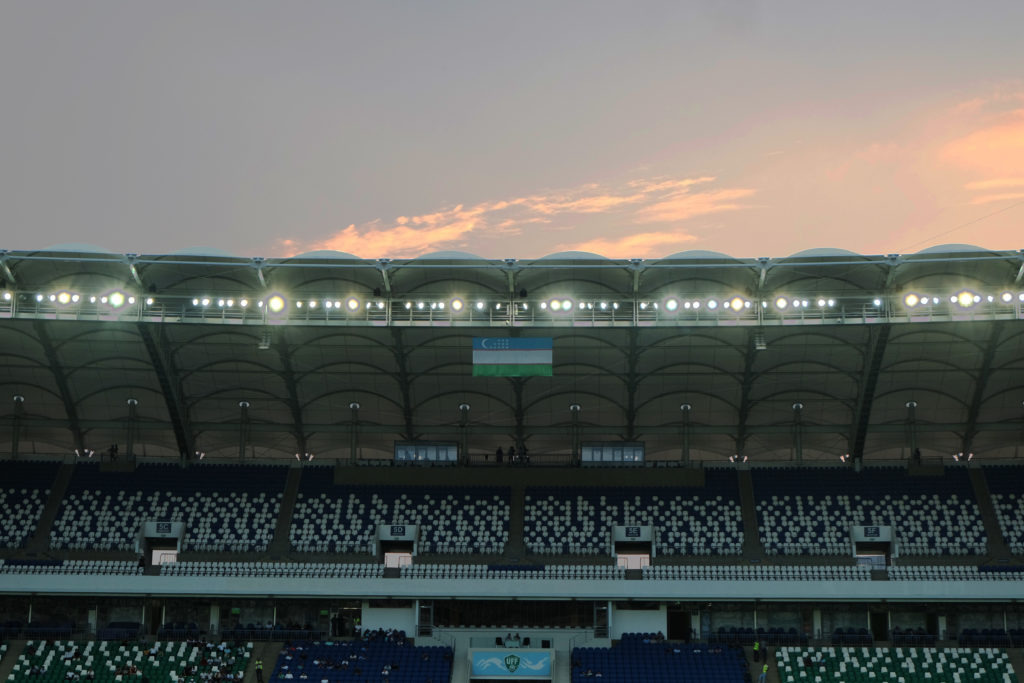 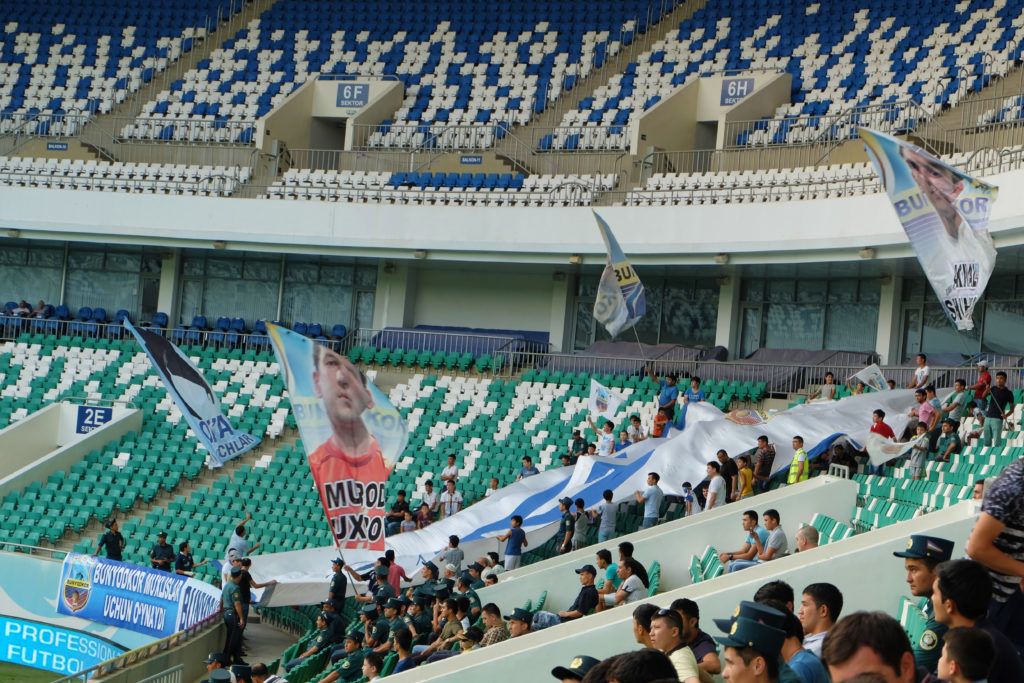 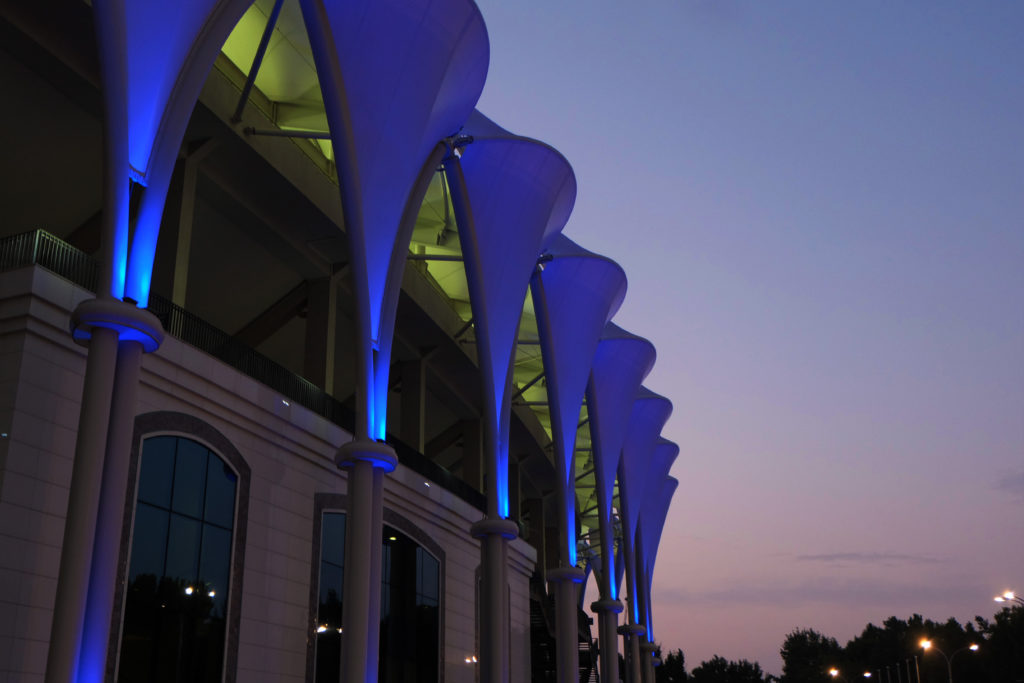 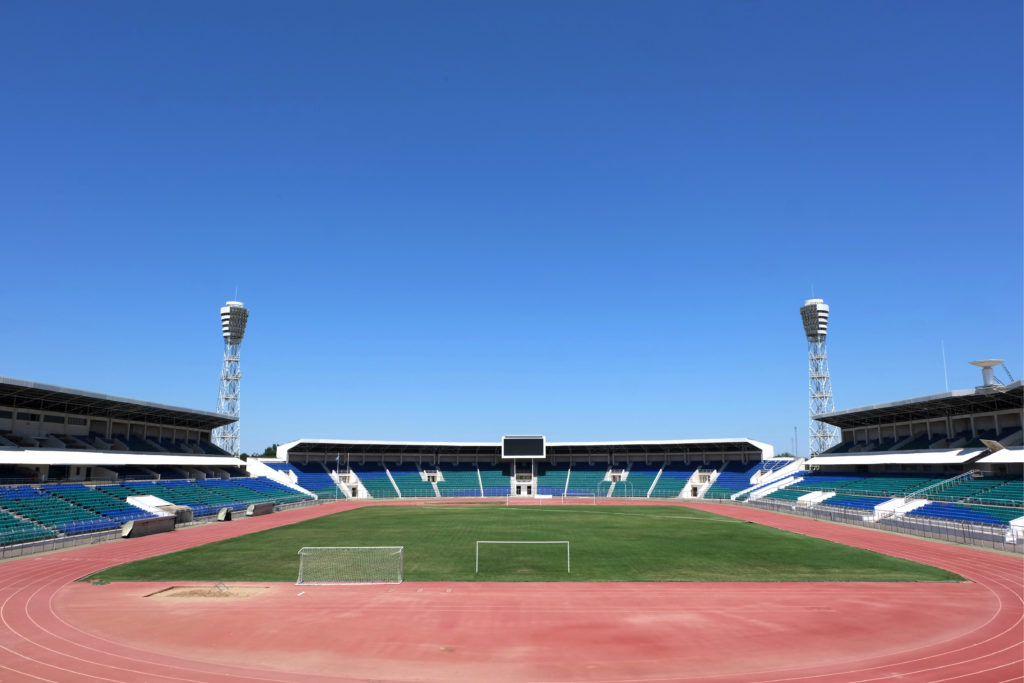 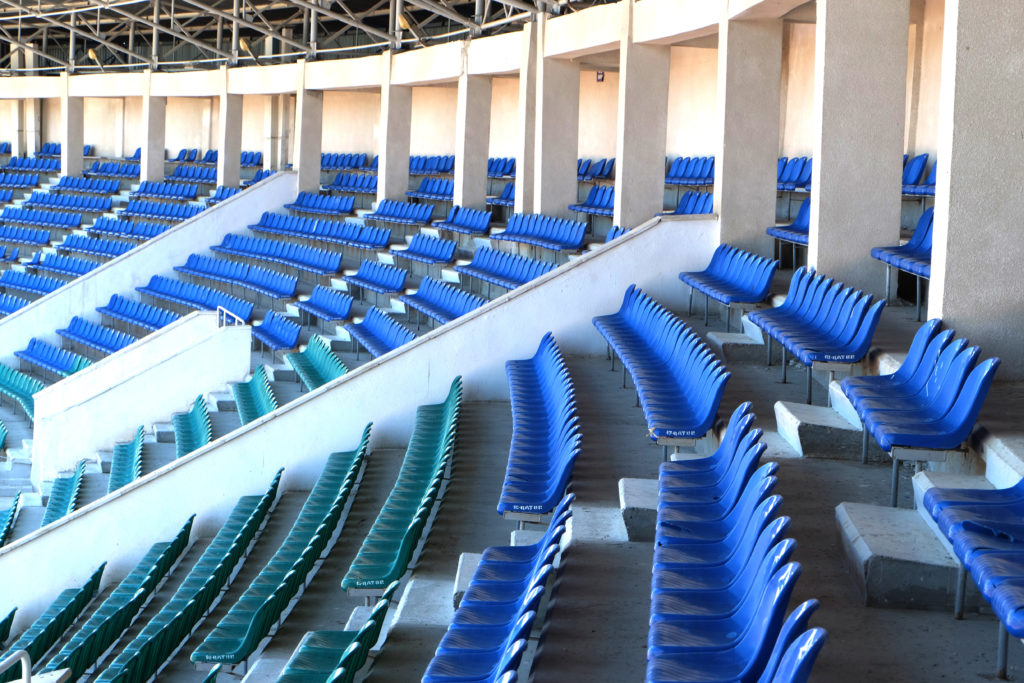 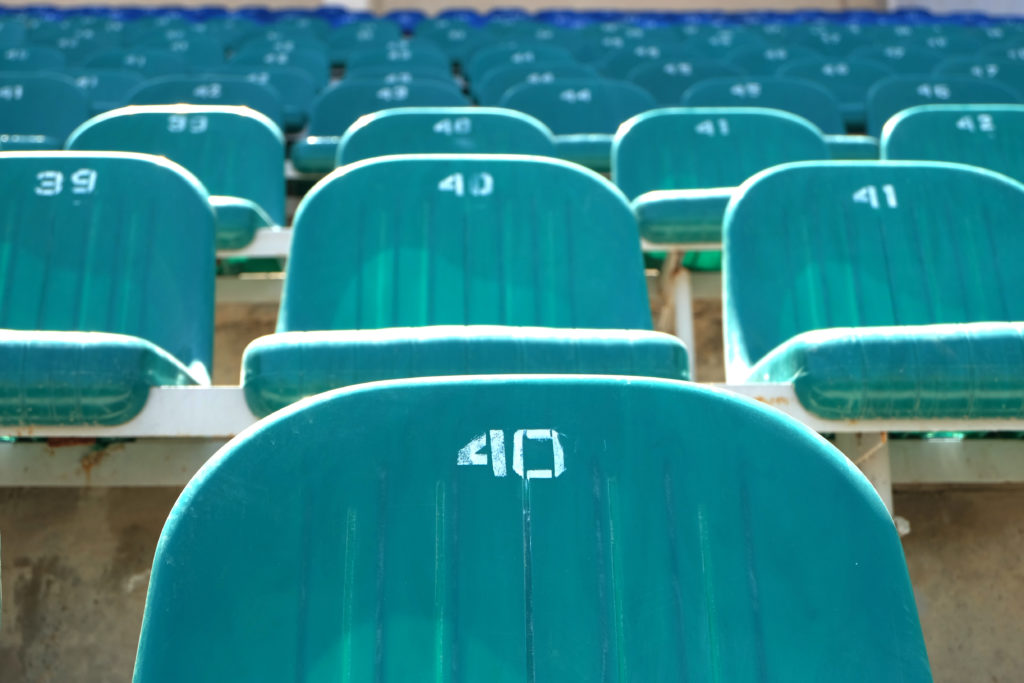 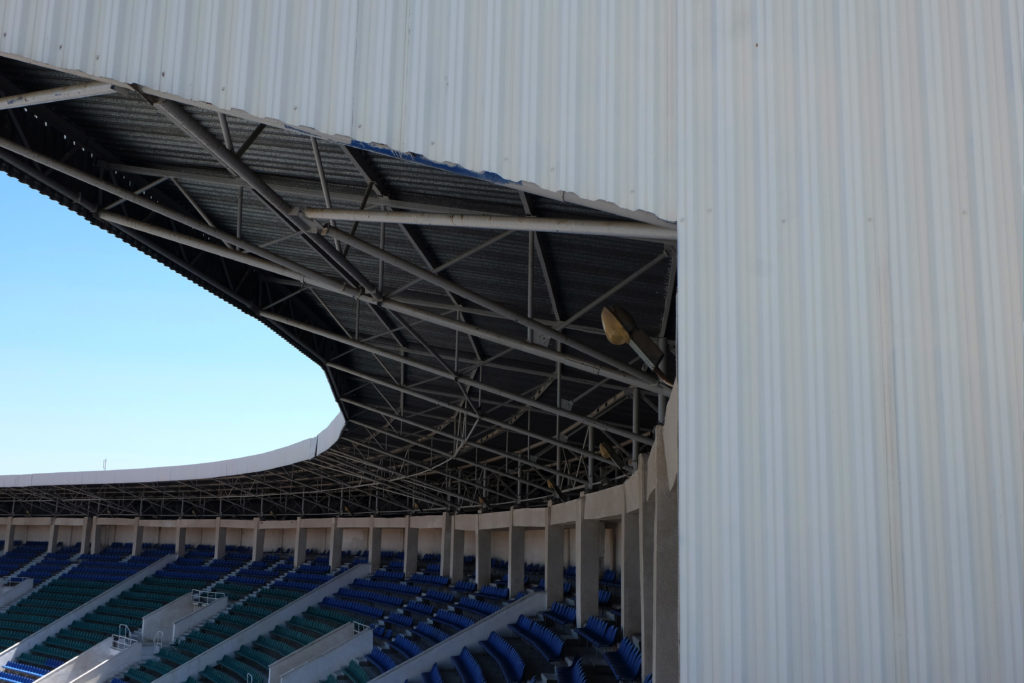 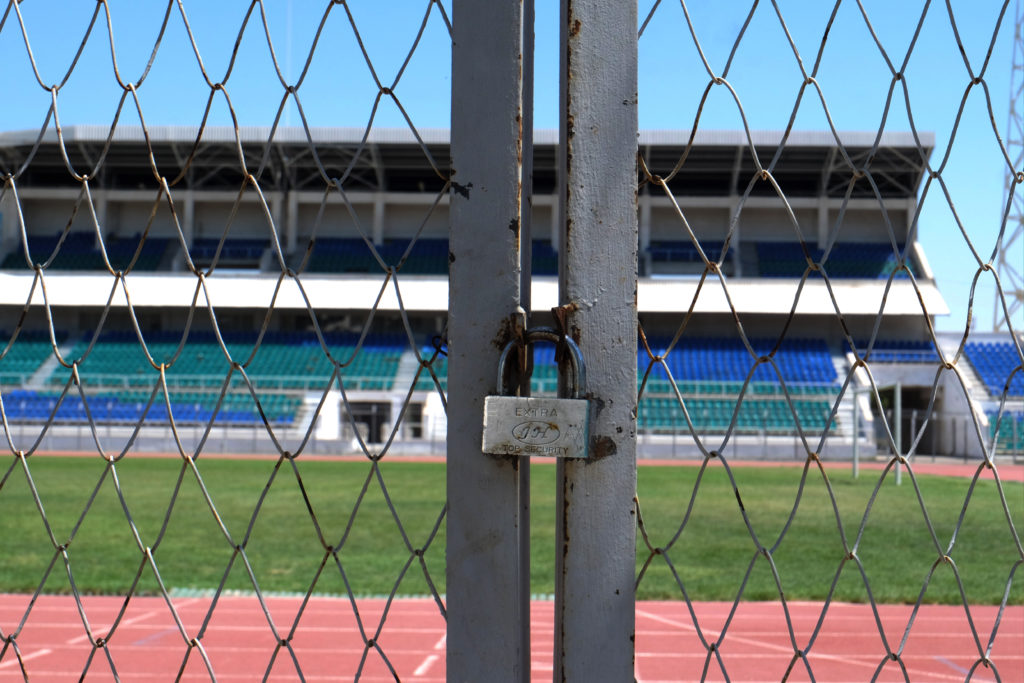 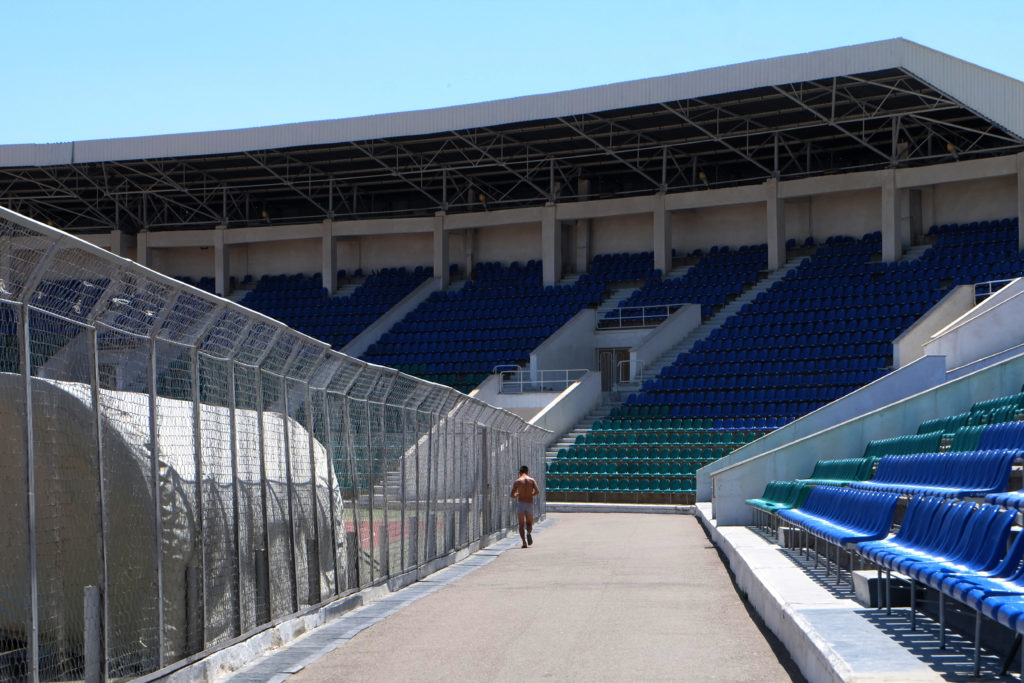 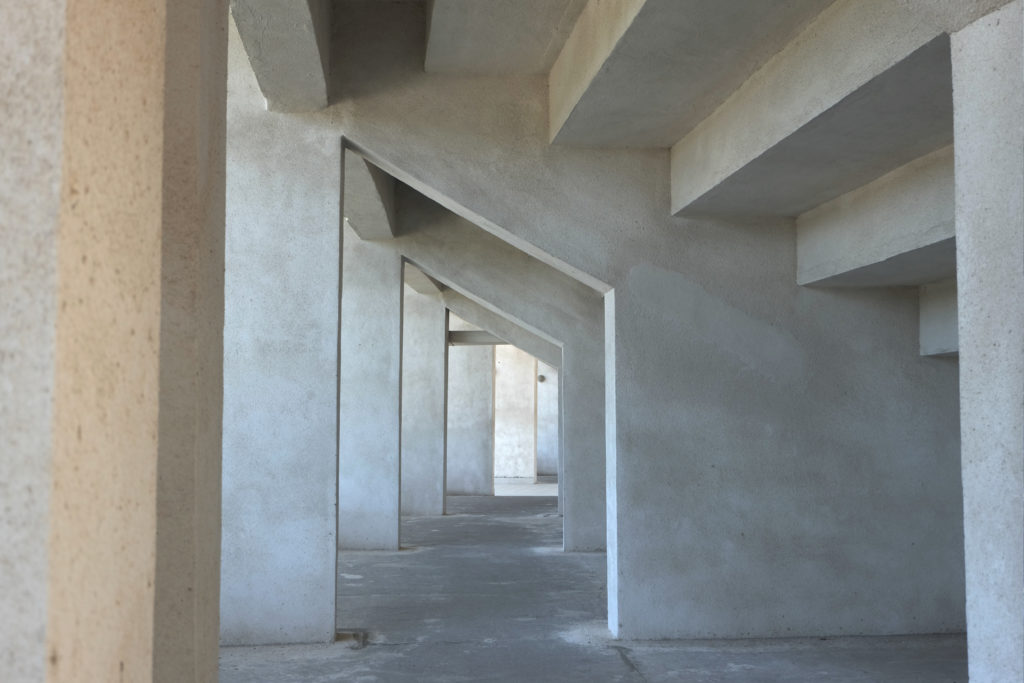 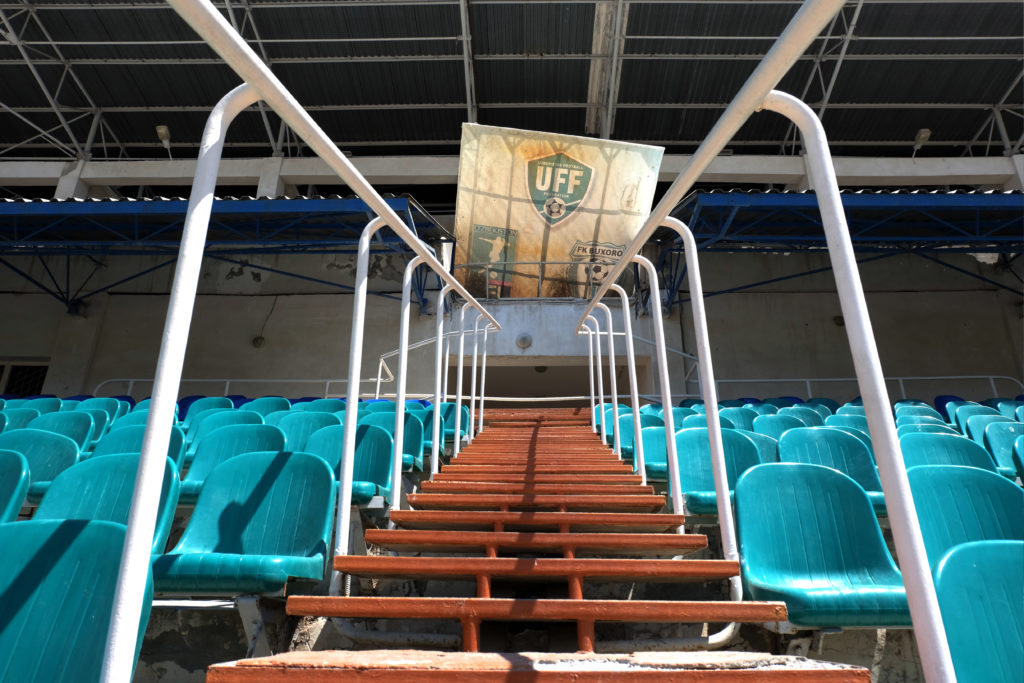 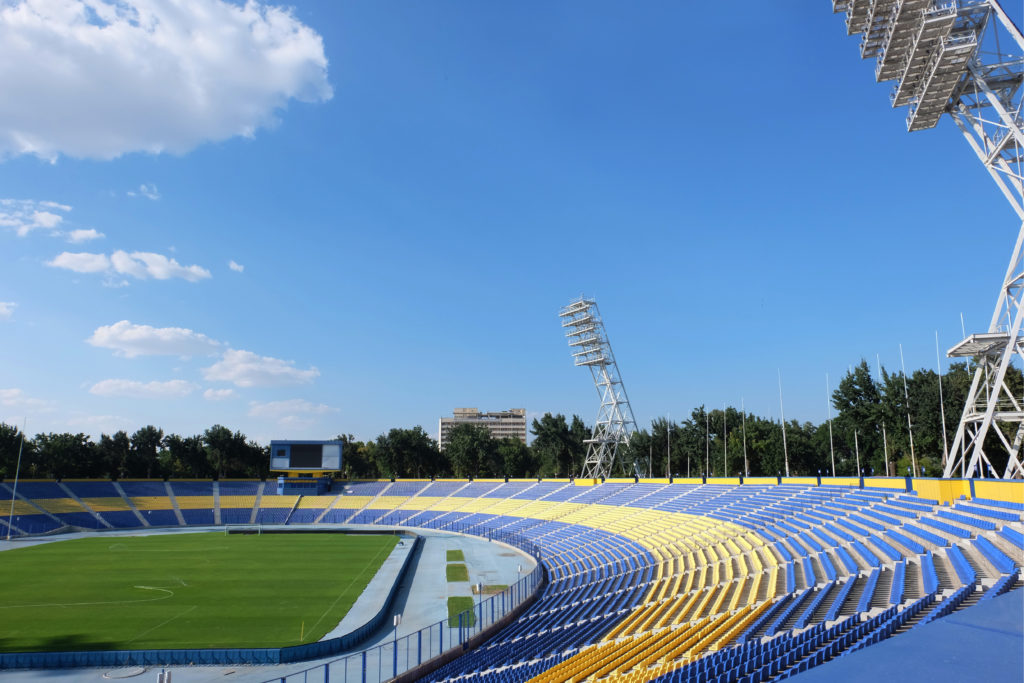 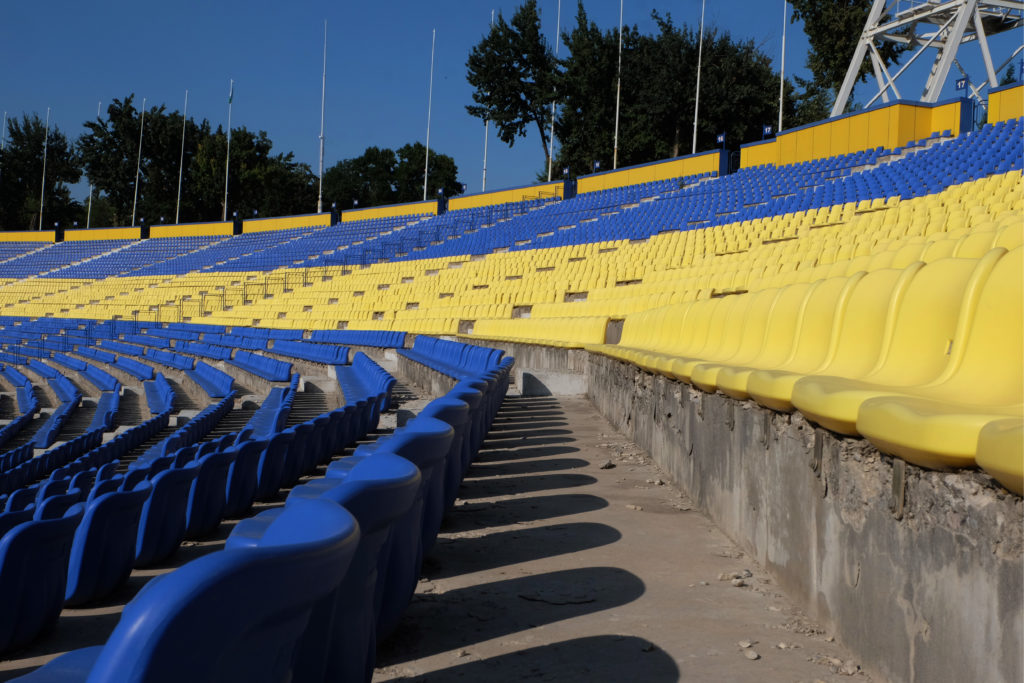 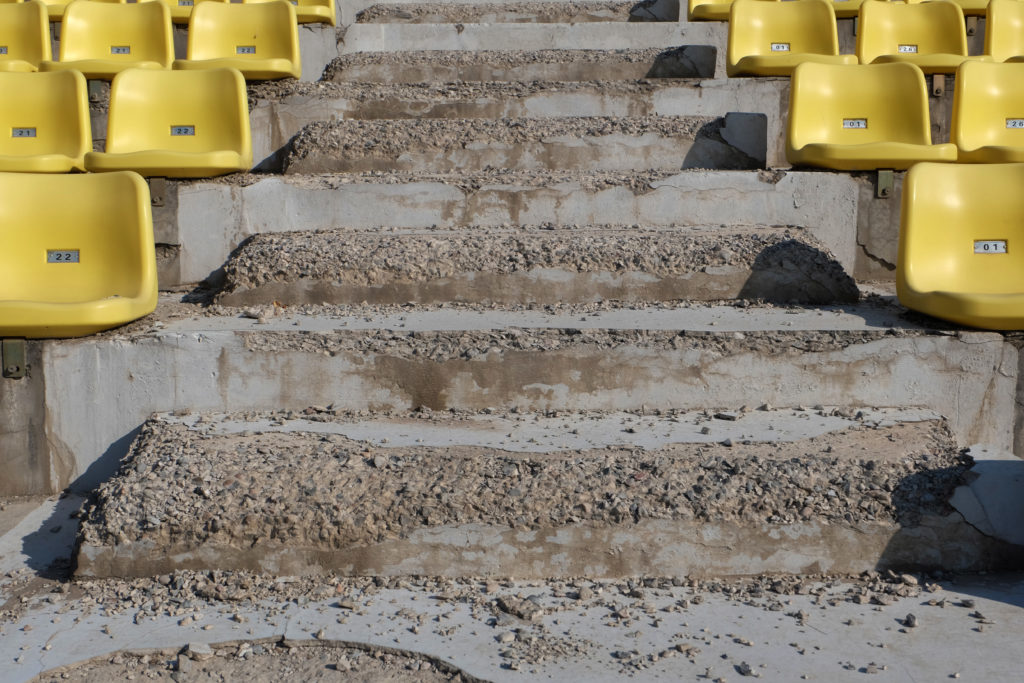 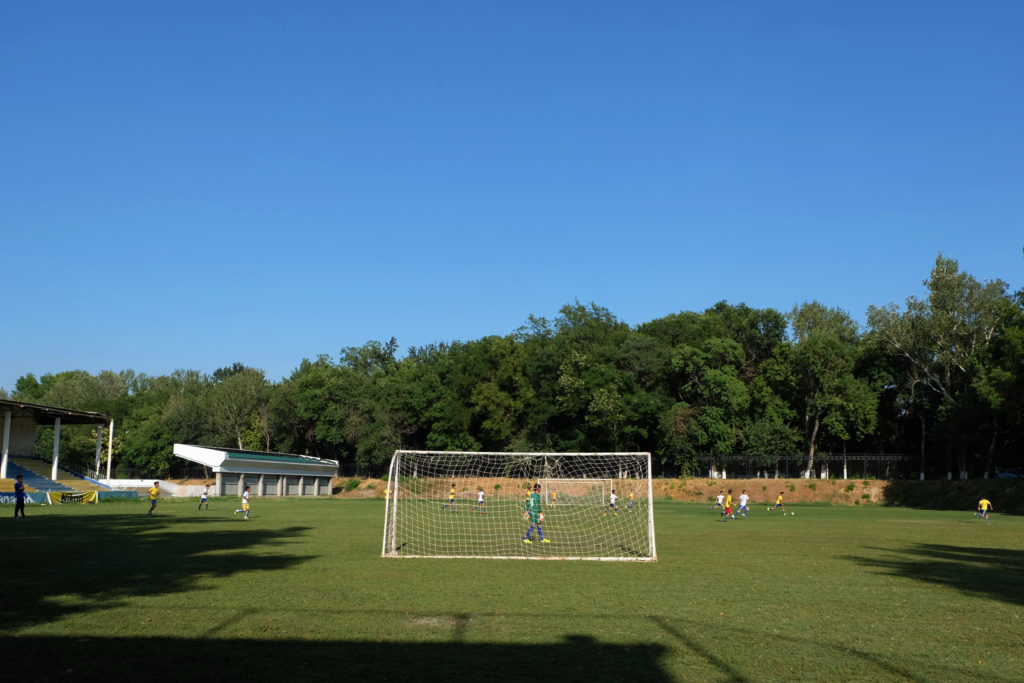 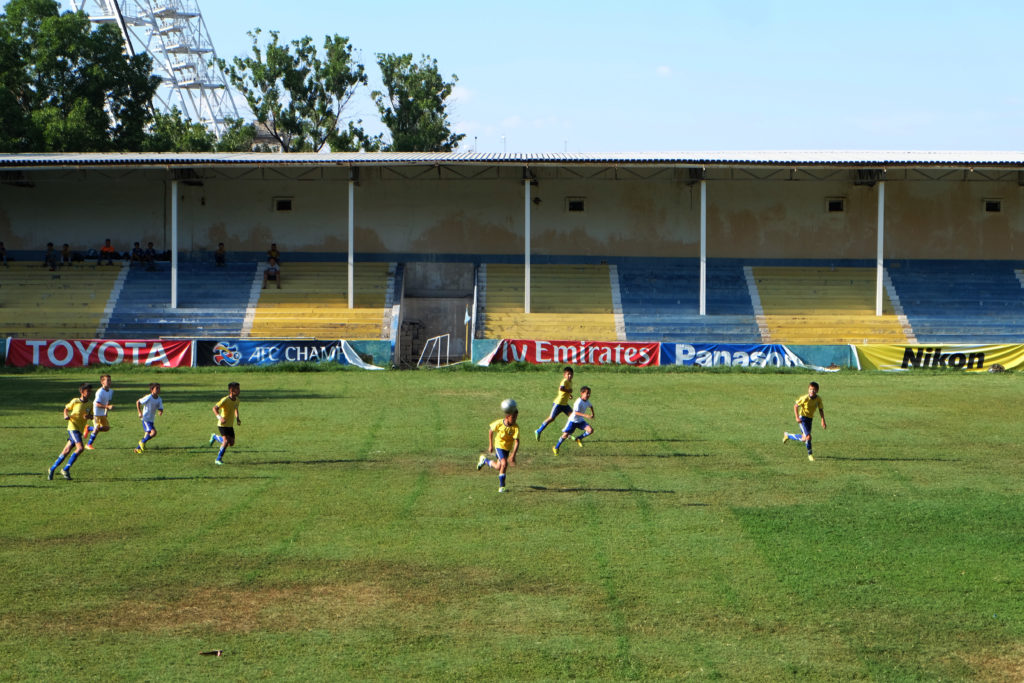 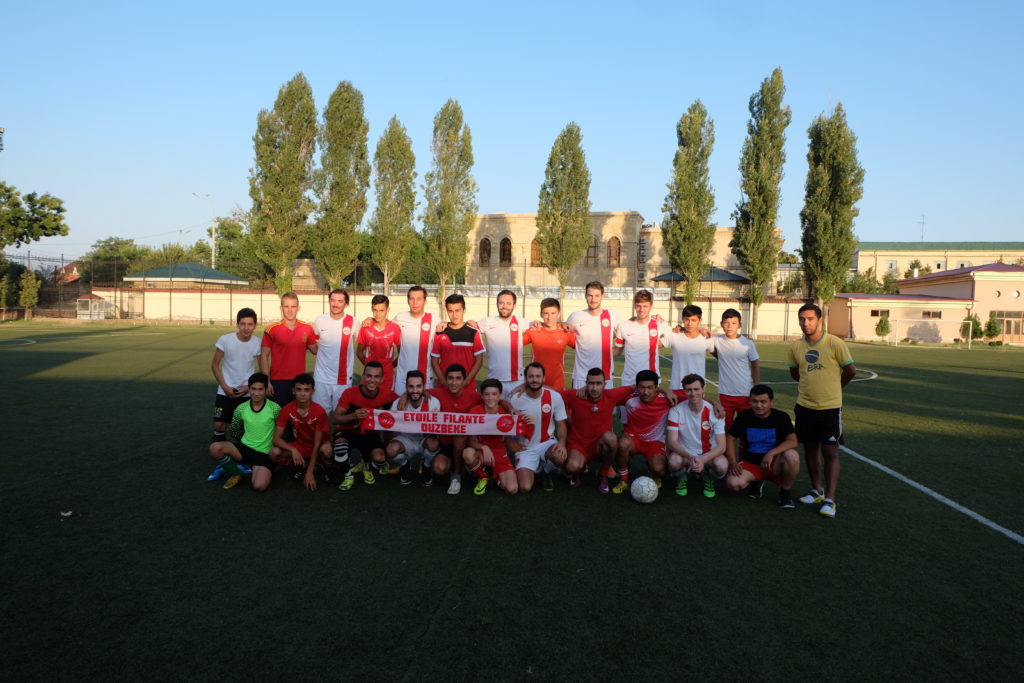 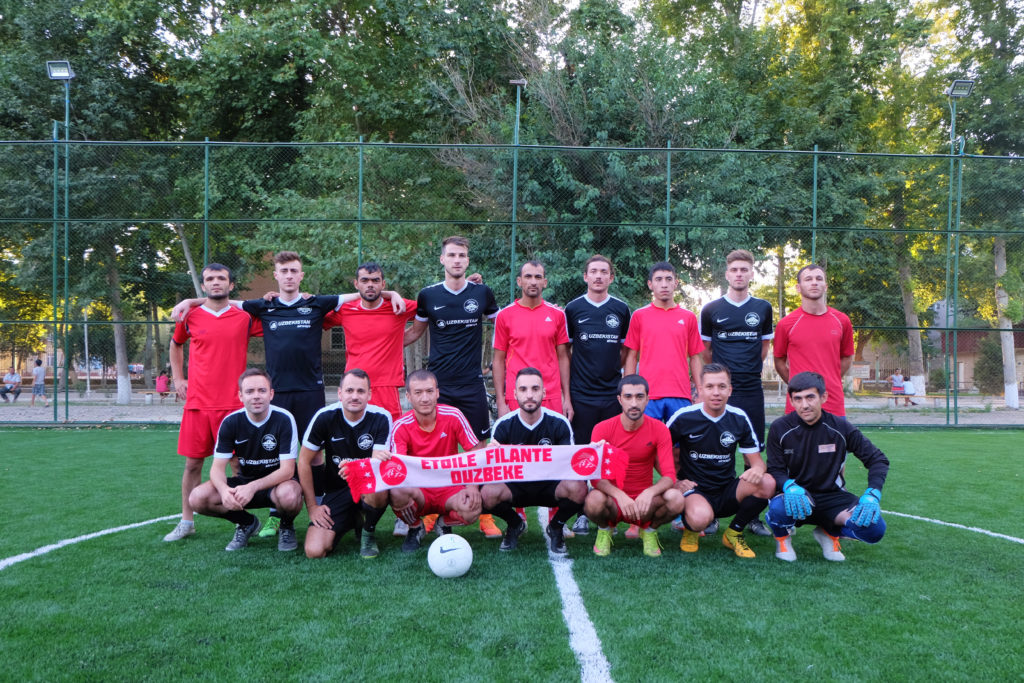 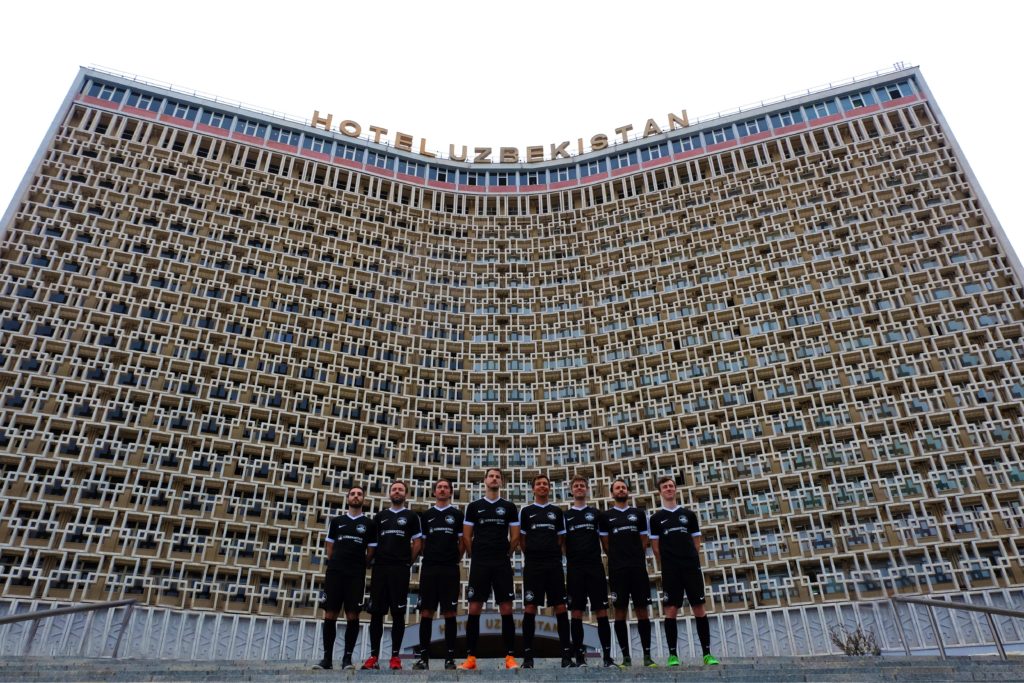