Saturday, August 10th 2020 in the jungle of Mexico City. After a morning spend doing all kind of tourist stuff amongst millions of people, we want to breathe some fresh air going to experience Mexican Primera División for the 4th game of the season, between Cruz Azul and Juaréz FC. And hombre, what a mess to leave the historic district of the city and reach the legendary Estadio Azteca. Kick-off is scheduled at 5pm. It’s 4.38pm at the watch and we don’t have any Uber nor tickets booked for the game. With 35 minutes drive to reach the destination, things don’t look so good. But thankfully, once we’re in the car of the friendly Antonio Artemio, we escape quickly the trafic jam and arrive at the stadium with a 10 min delay only on kick-off. The problem though is that while we’re heading towards the ticket office, we realise that hundreds of fans actually are in the same situation than us. It’s the rush to get a ticket and we have to queue for half an hour before paying only 4,25£ to get our pass for the game. The shock is real when we enter the beast. On one hand, the stadium looks absolutely massive, it’s overwhelming. On the other hand, while we were expecting to see the stands packed with Mexican fans going crazy for their team, they look actually empty at 75%. What a surprise. Especially considering the atmosphere which reminds us more like a game in Arsenal’s Library than the crazy vibes of South America we were expecting. 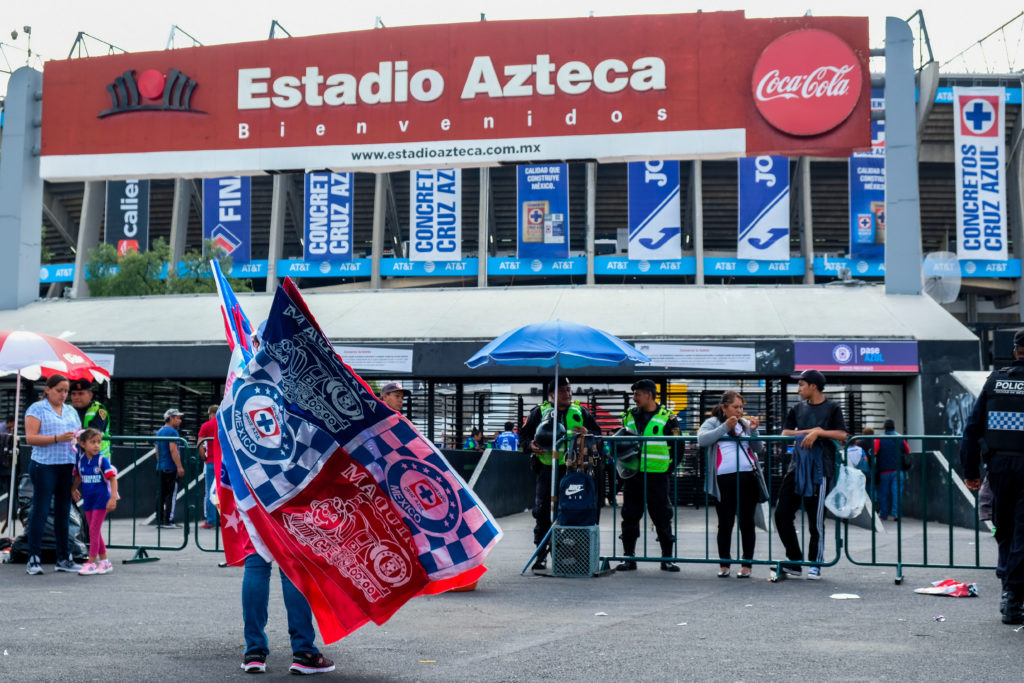 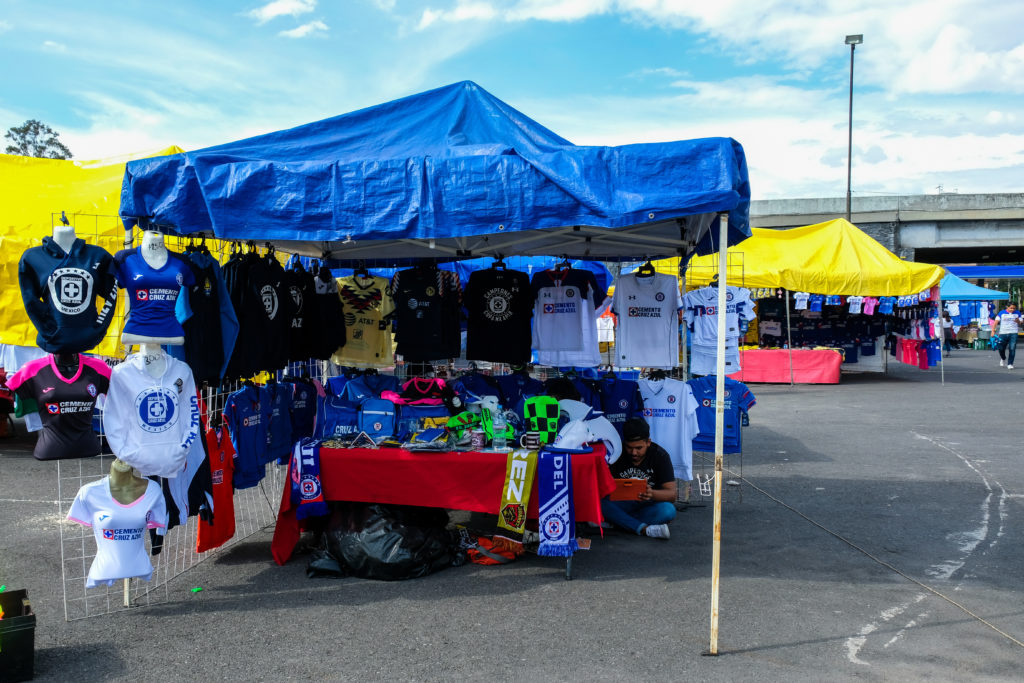 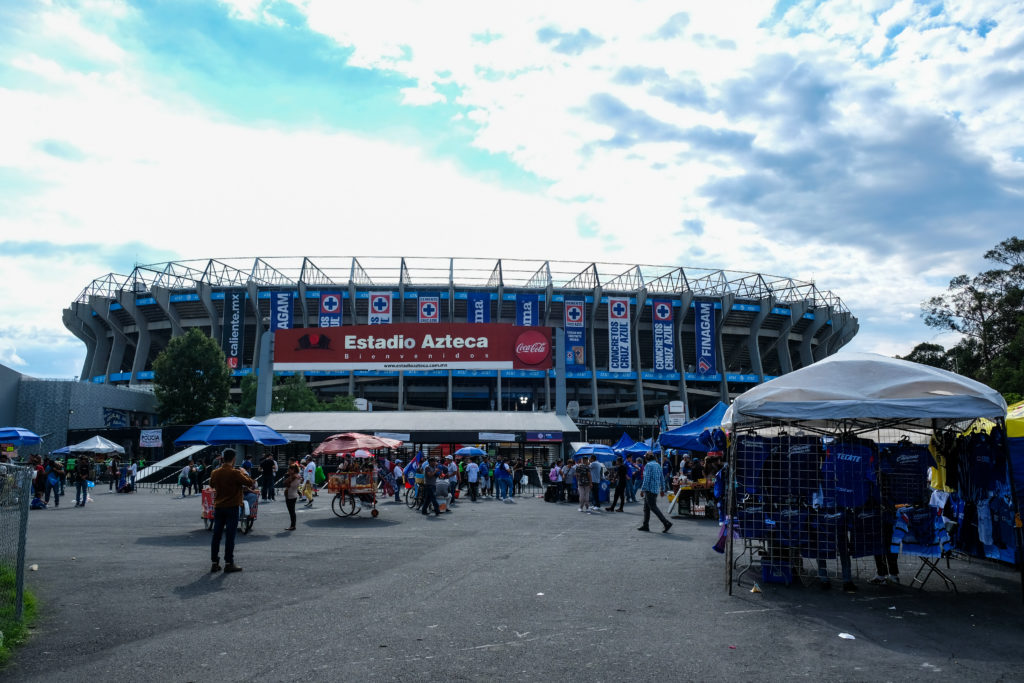 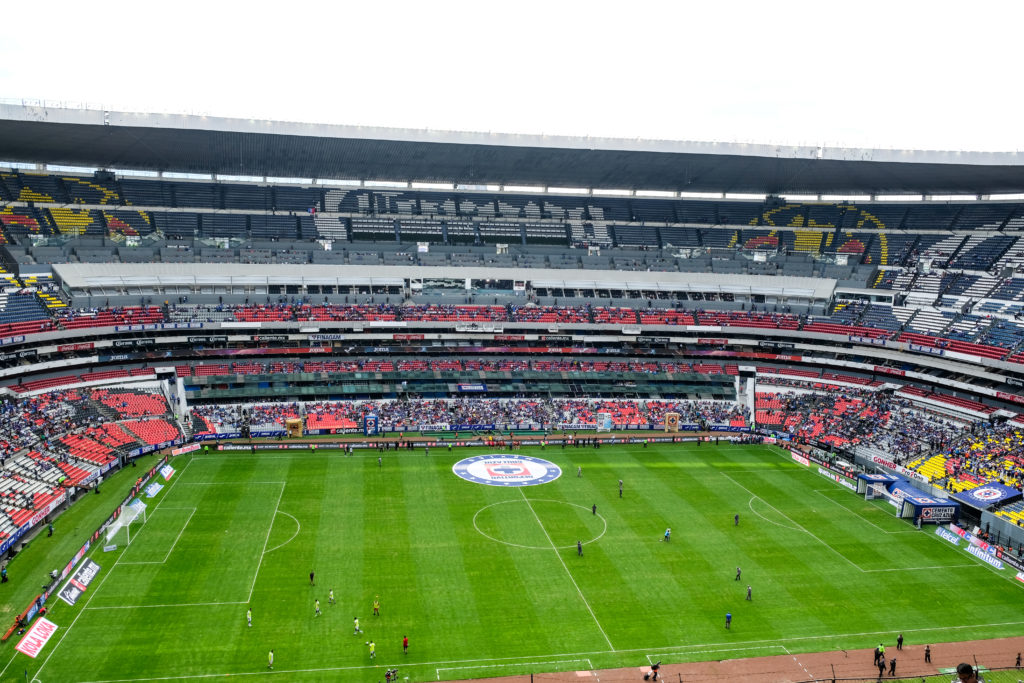 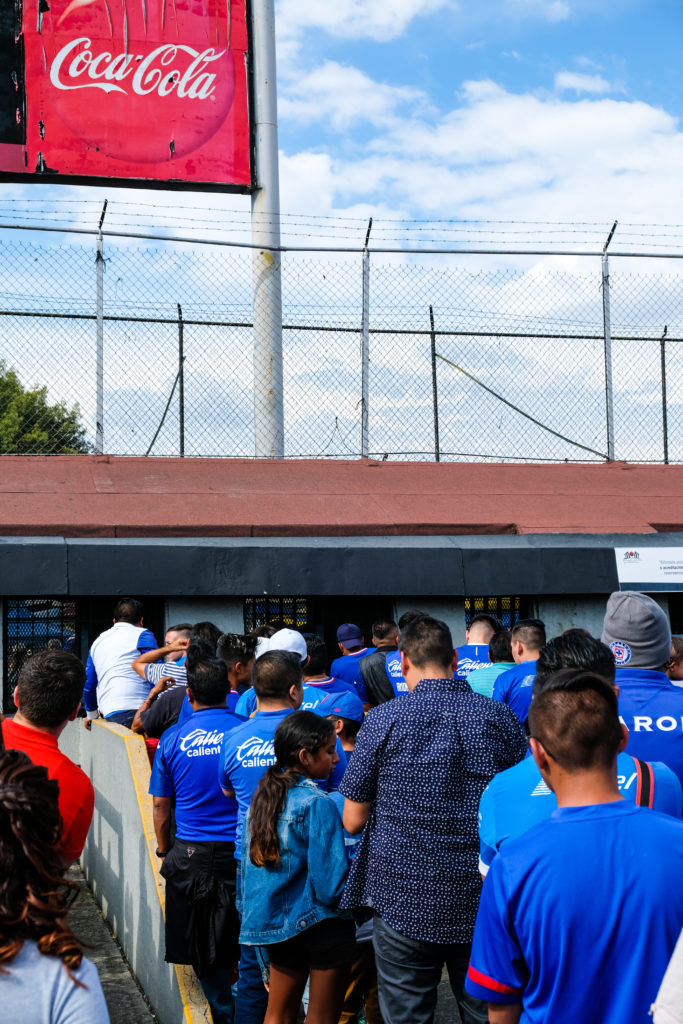 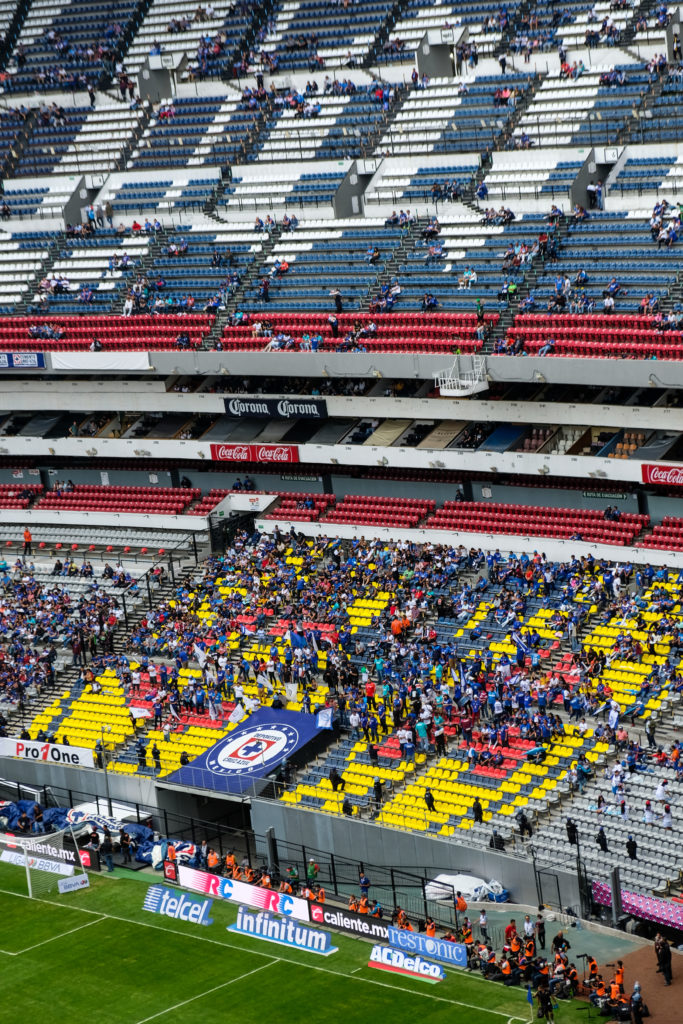 The thing is Cruz Azul is the third most popular team in Mexico, behind CD Guadalajara and Club América, the other team from Mexico City. Established since 1996 in Estadio Azul, the Blue Cross moved to Estadio Azteca after the season 2017-2018, that they’re sharing with the enemies of Club América. With 87,523 seats in its current form, the stadium is impressive. A beast of concrete. If it looks empty nowadays for the games of the local League, it hosted some historic games like the opening of 1970’s World Cup between the host nation and URSS, on top of Mexico national team game. Founded in 1927 by workers of cement maker Cemento Cruz Azul, the club Cruz Azul has kept over the years a deep link with his roots, even though it had to move from the hometown Hidalgo to the capital city to develop itself. Main sponsor until 1997, Cemento Cruz Azul remains today very close to the club, as showed by the different signs inside the stadium. When it comes to Honours, Cruz Azul is established at the top of Mexico. With 8 titles of Champion, it only sits behind Toluca, Guadalajara and Club América (the reference with 13 titles) in the table. The Blues also won CONCACAF Champions League 6 times, and is remembered as the very first club from CONCACAF to lose in the final of Copa Libertadores, in 2001 against Boca Juniors. 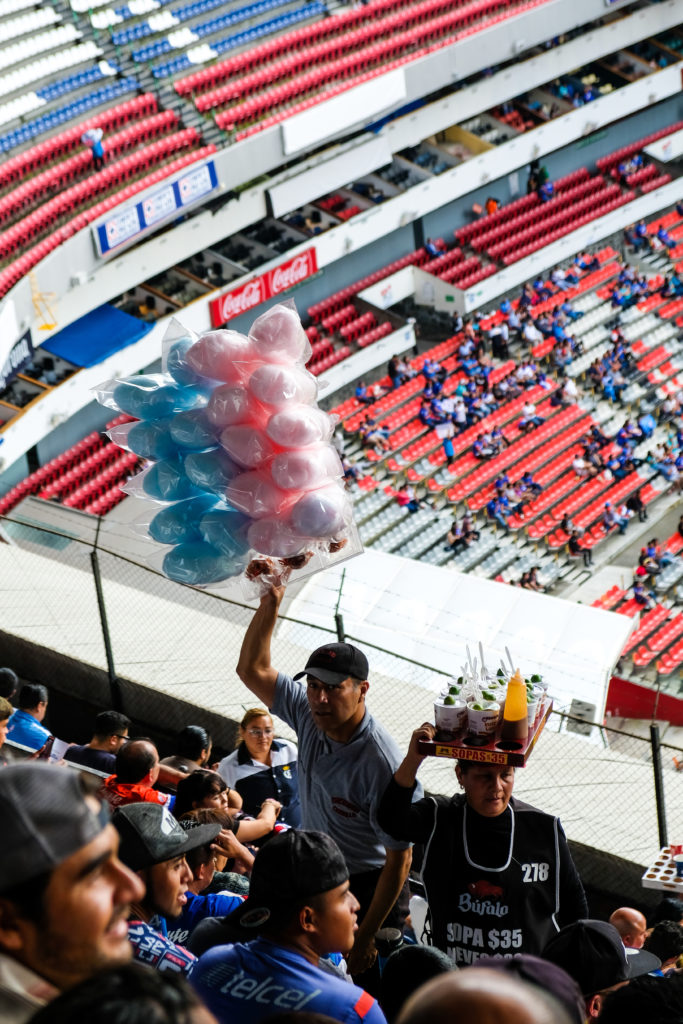 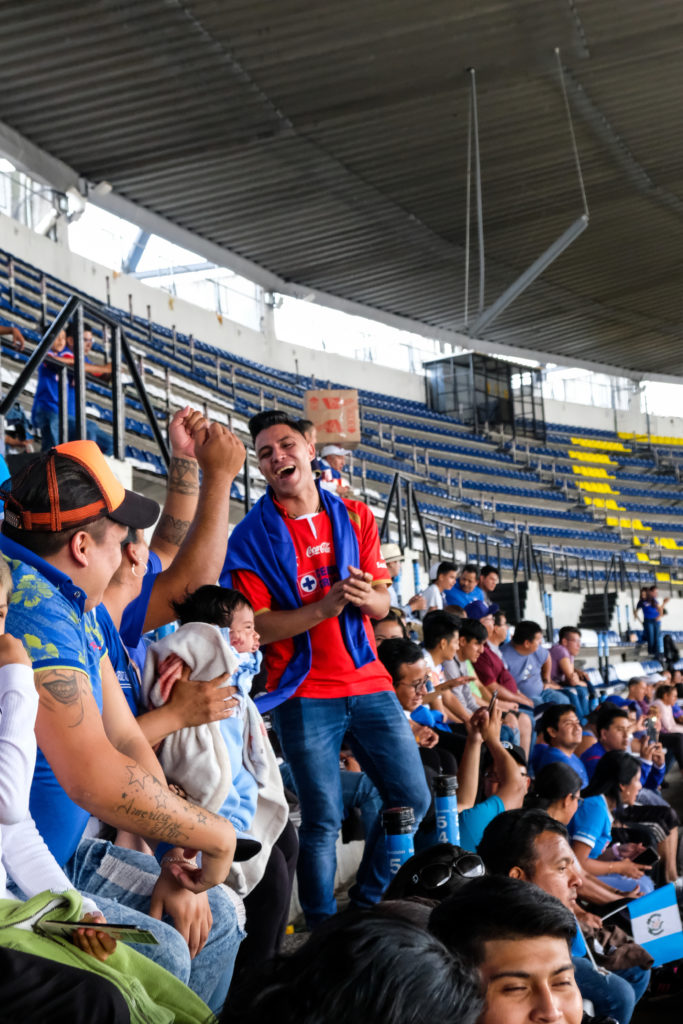 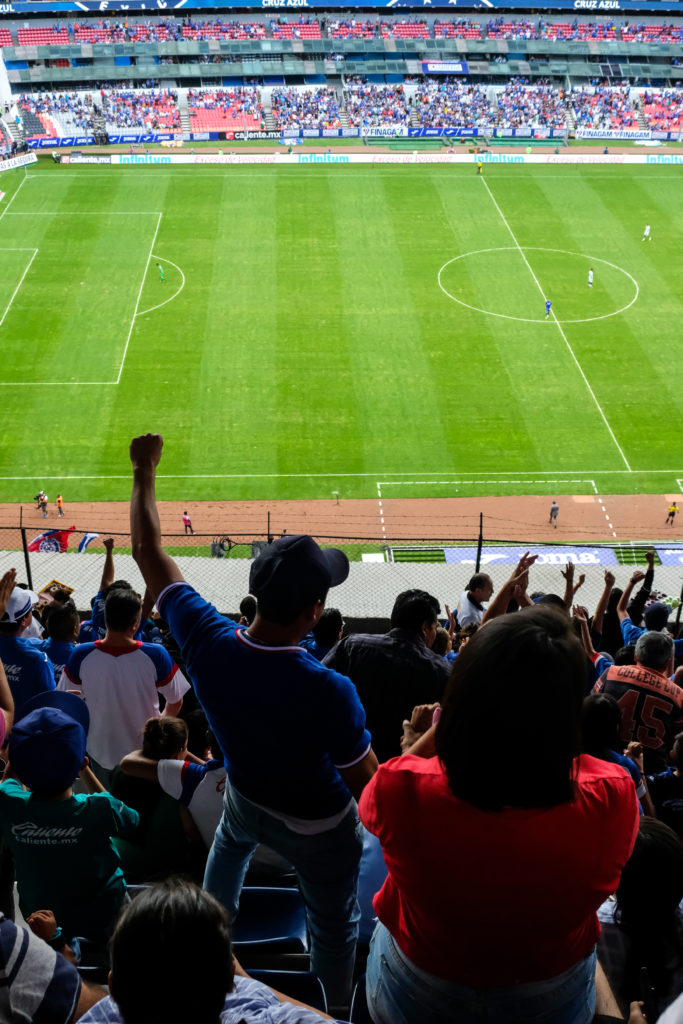 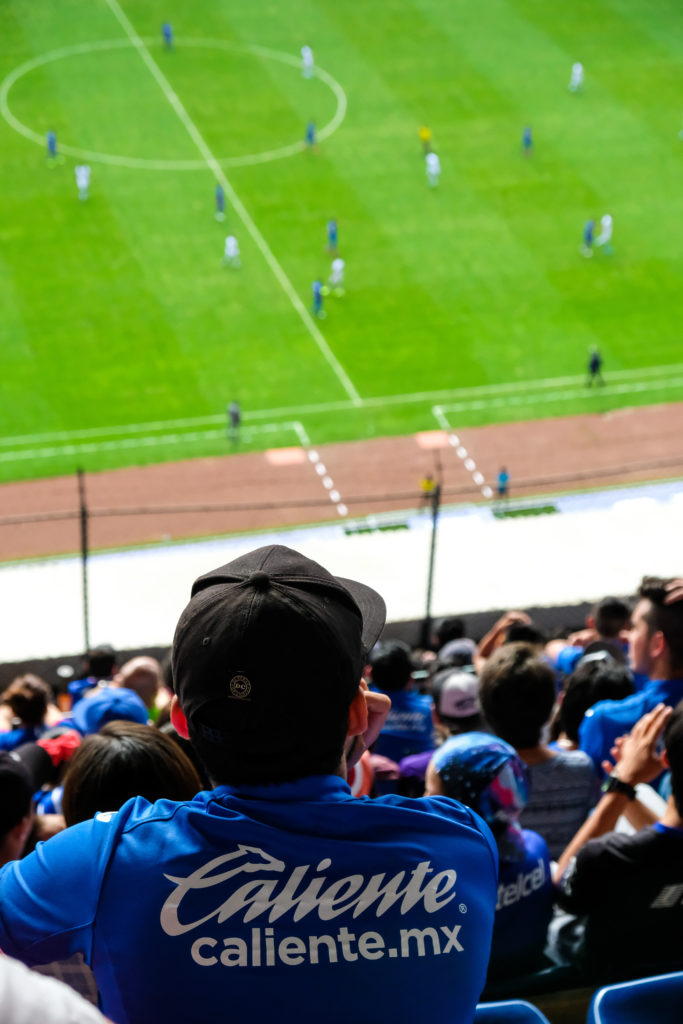 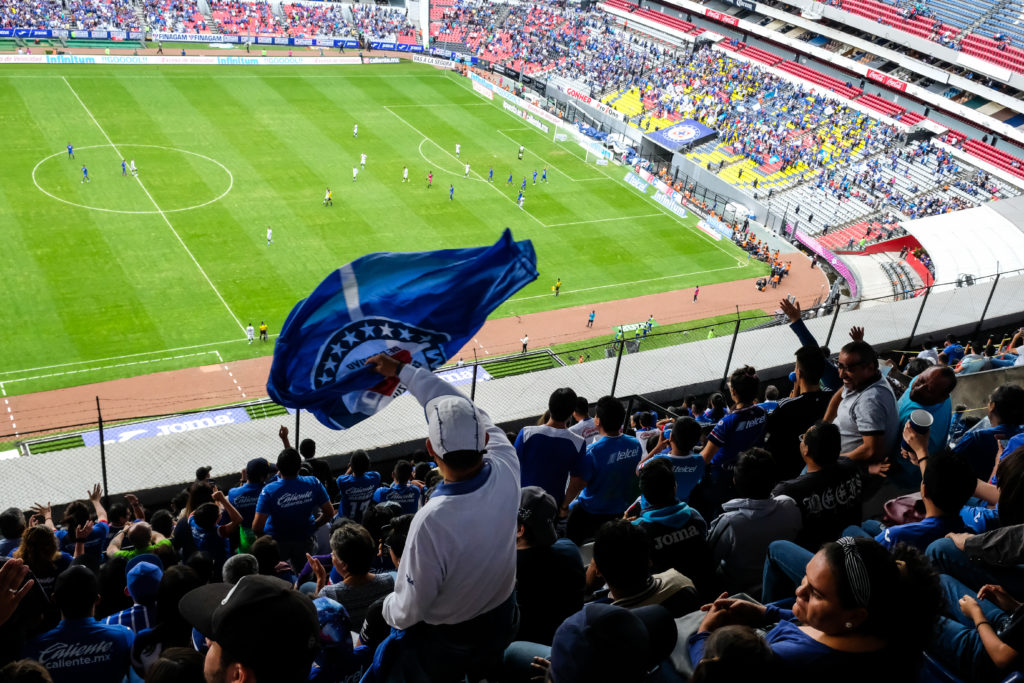 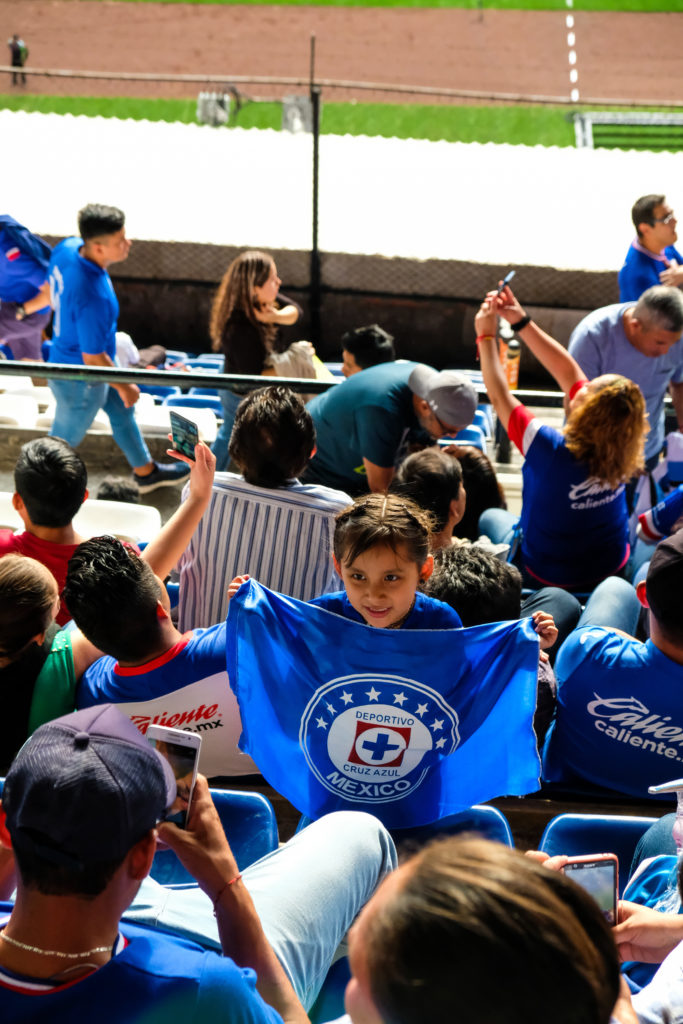 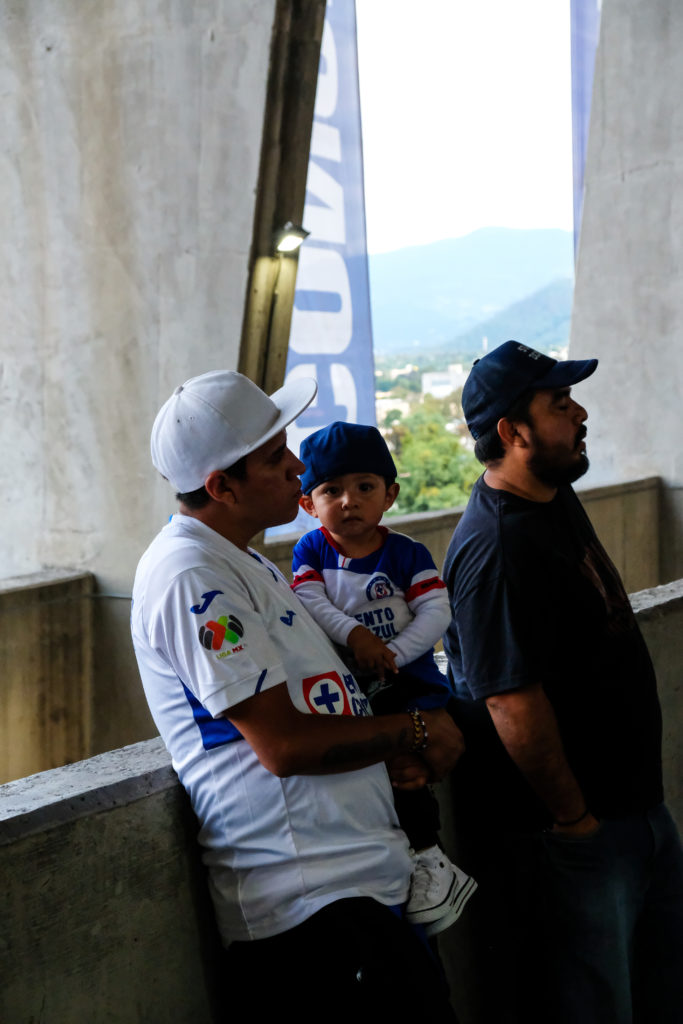 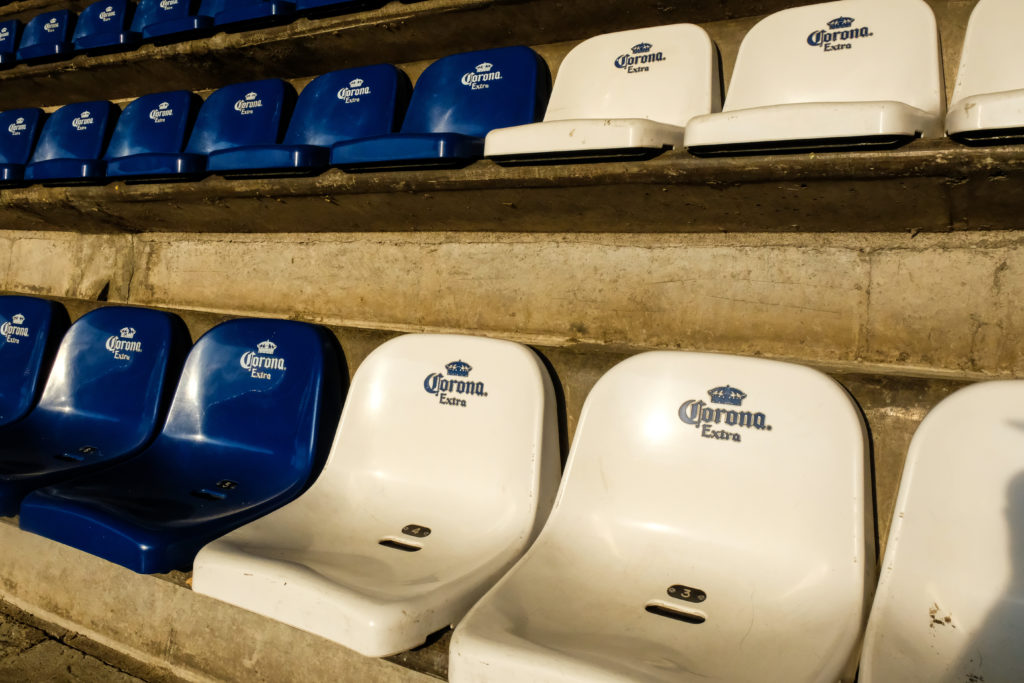 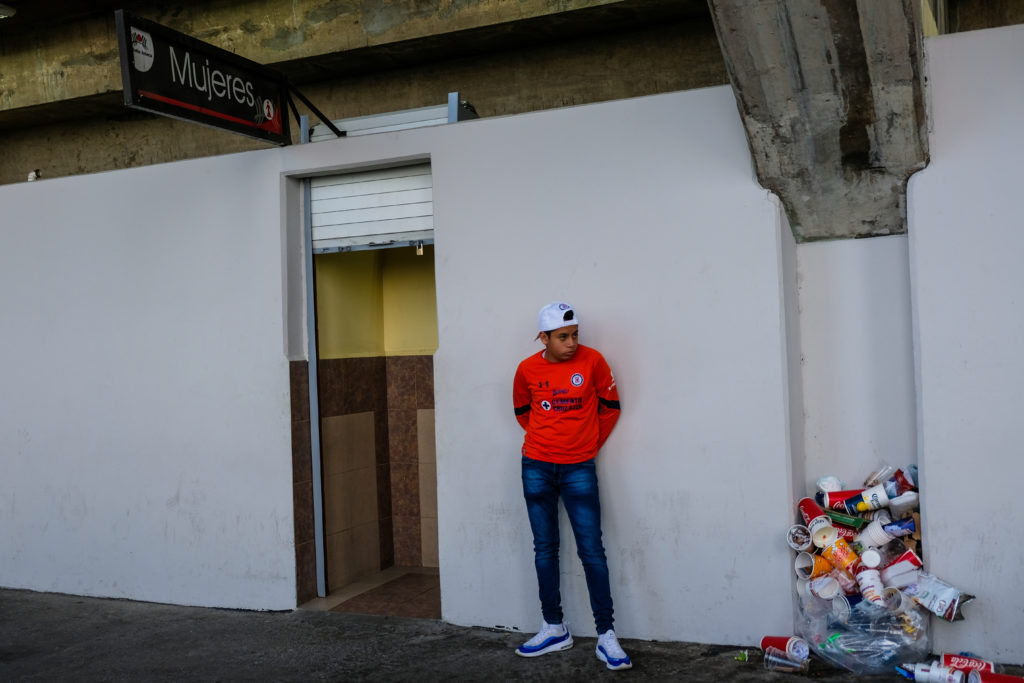 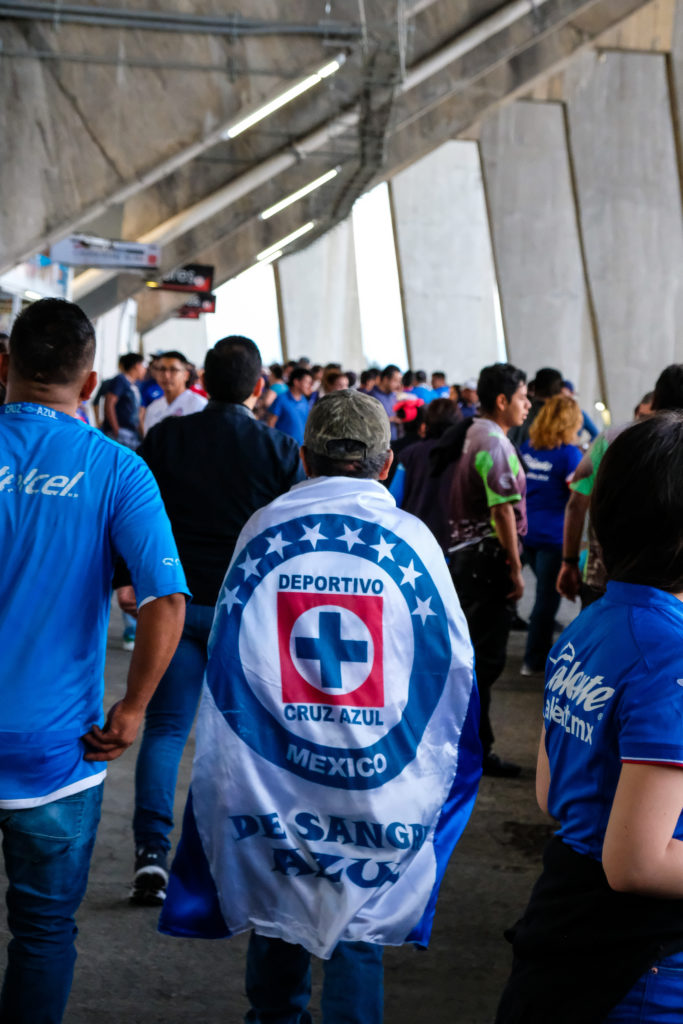 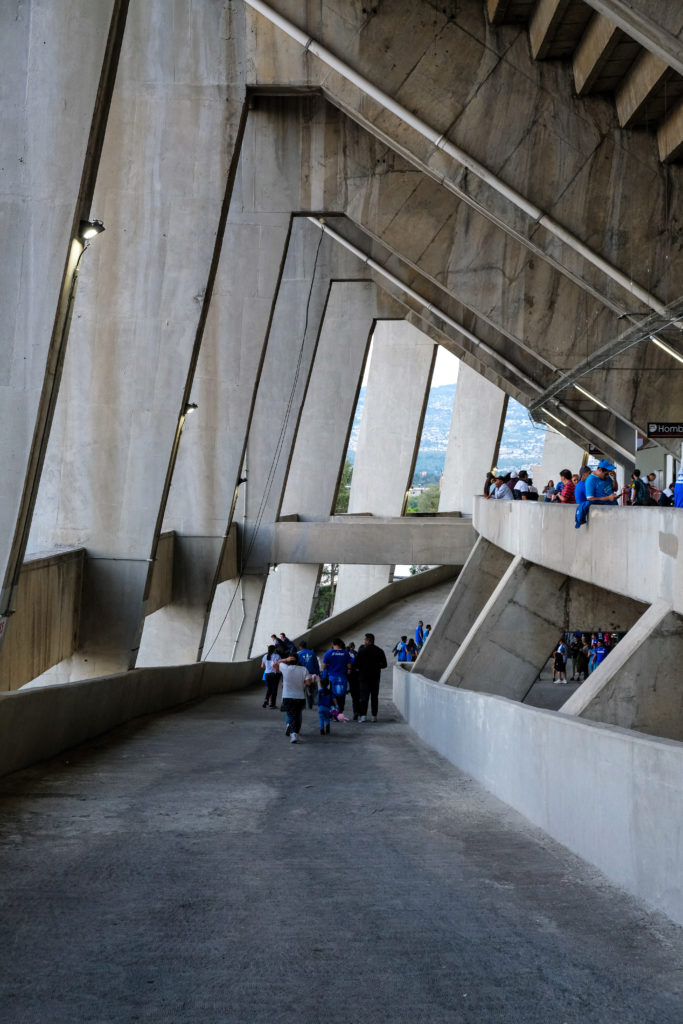 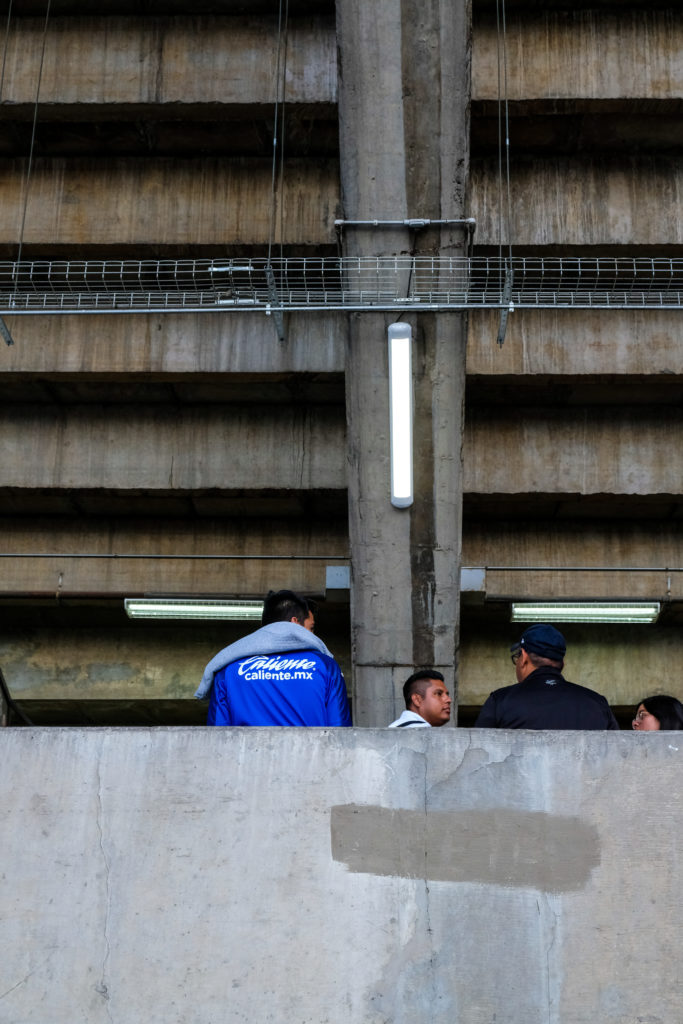 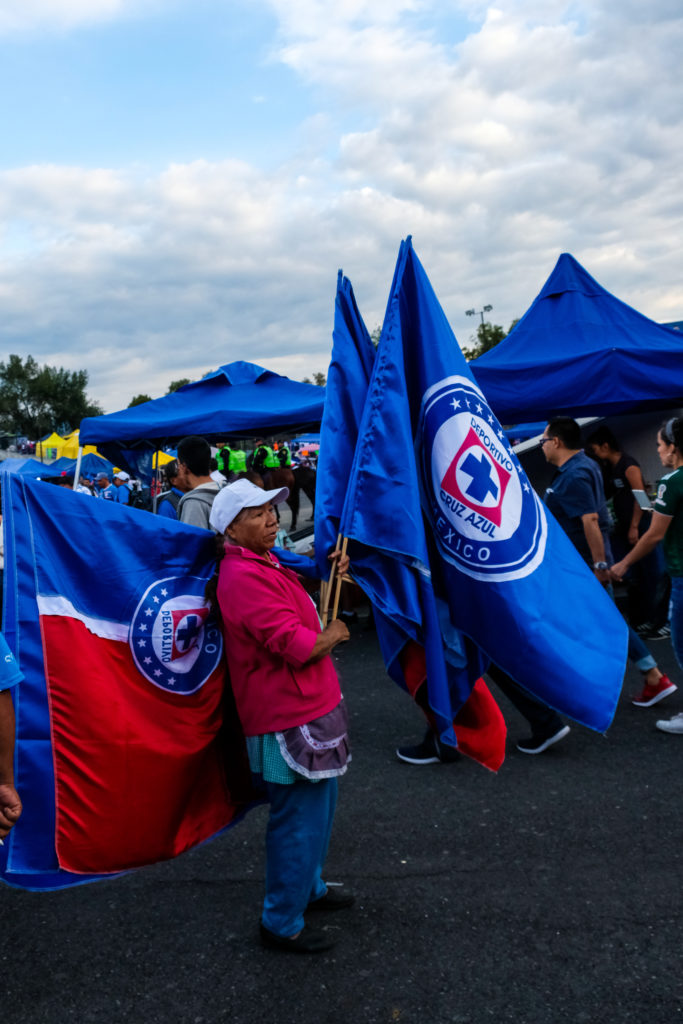 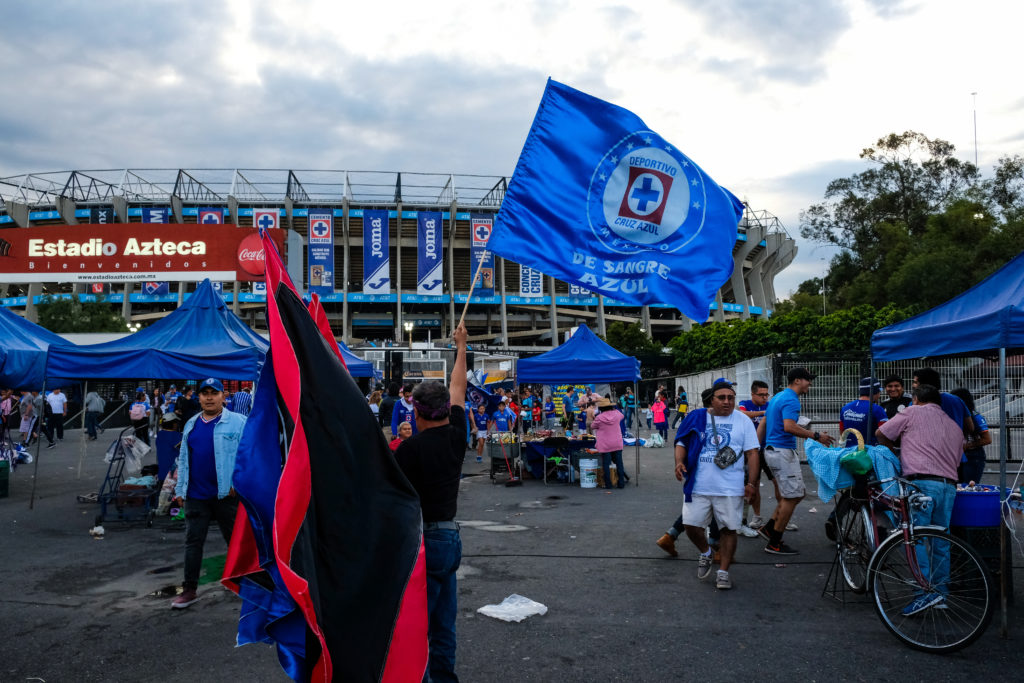 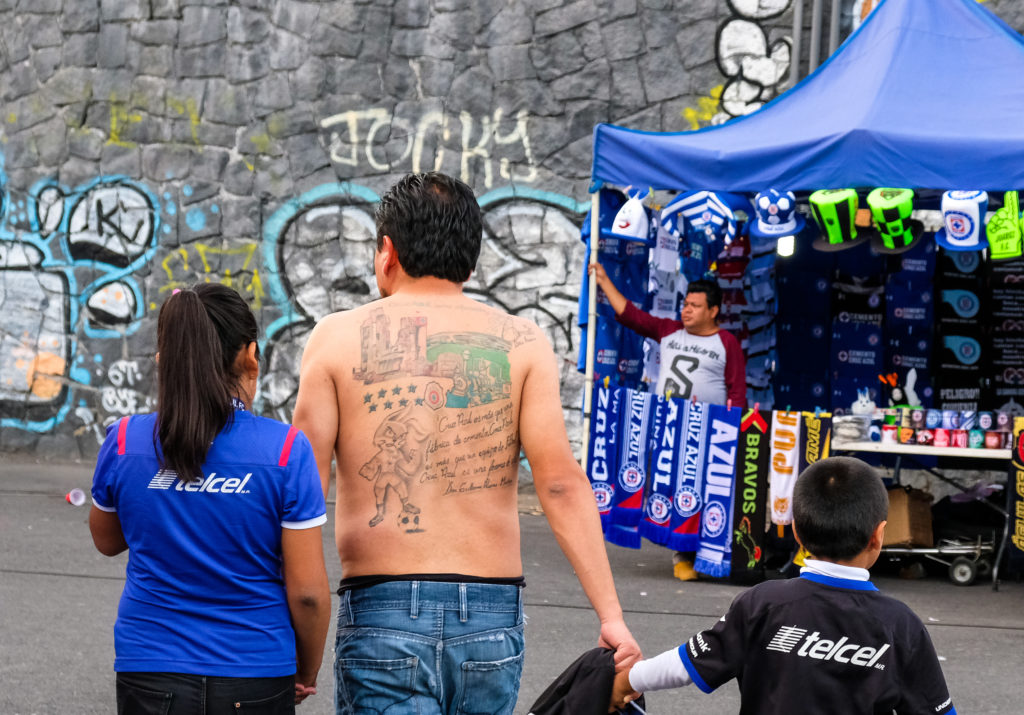 To come back to the game of the day, between Cruz Azul and Juaréz FC, the good news is that we missed absolutely nothing arriving after the first half. Even if the home team won on a clean score of 2-0 with both goals scored in the second half, the standard of the game was quite poor. Not sure if it was because of the empty stands, the lack of atmosphere or the fact we were sitting really high in the huge Aztec stadium, quite far from the pitch. Maybe none of these factors. Thinking about it, there must be a reason why overweight French forward Pierre-André Gignac keeps banking goals in this League. Like the behaviour of the fans who try their best to be late at the game, the general standard of Primera Divisón remains a mystery.

Photography by Jeremie Roturier who couldn’t help himself by taking advantage of holidays in Mexico with his girlfriend to go to a football game.