“Robin Locksley is from Hillsborough”. And if you look at the map of Hillsborough surroundings you can actually find the town of Locksley of the legendary hero known as Robin Hood at few steps away from the equally famous stadium. We’ve been told this story a few hours earlier in a bus by a local bloke named Mr Bellion. A lovely chap, really, who could not resist to tell us his name was coming from a small French town and that he shares ancestors with David Bellion. This added even more symbolism to our upcoming visit of Sheffield Wednesday’s home ground.

About symbolism, the first thing we saw when getting out the Uber was that commemorative plaque about Hillsborough tragedy. On April 15 of 1989, for FA Cup’s semi-final between Liverpool and Nottingham Forest, hundreds of scousers fans have got stuck in the traffic got late for the game. To facilitate their arrival in the stadium, police in charge of the security opened an exit door of a stand already packed with Reds fans. Ignoring everything about it, their fellow supporters rushed in the stand generating a crowd movement that left 96 people dead and 765 others injured. A horrible tragedy that changed English football forever. History’s lesson is over but let’s go back to our story. 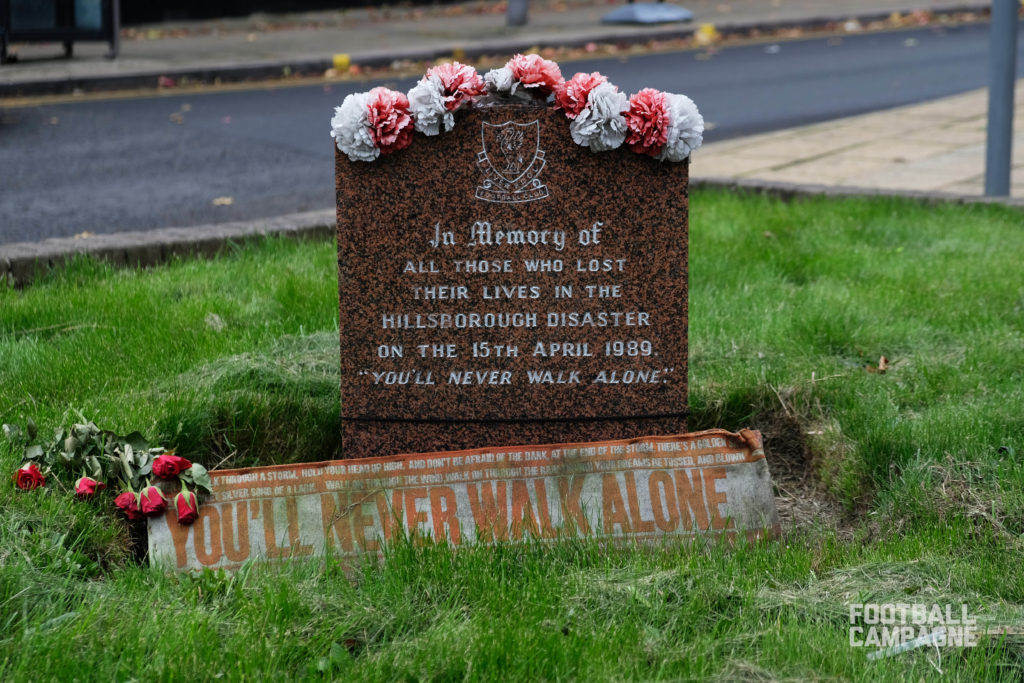 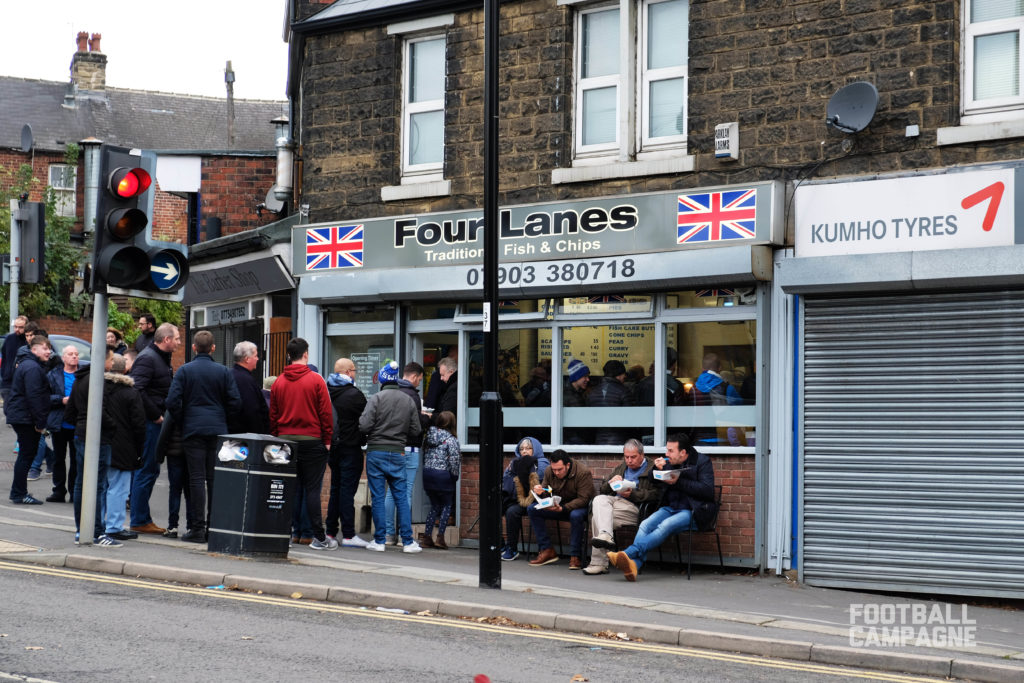 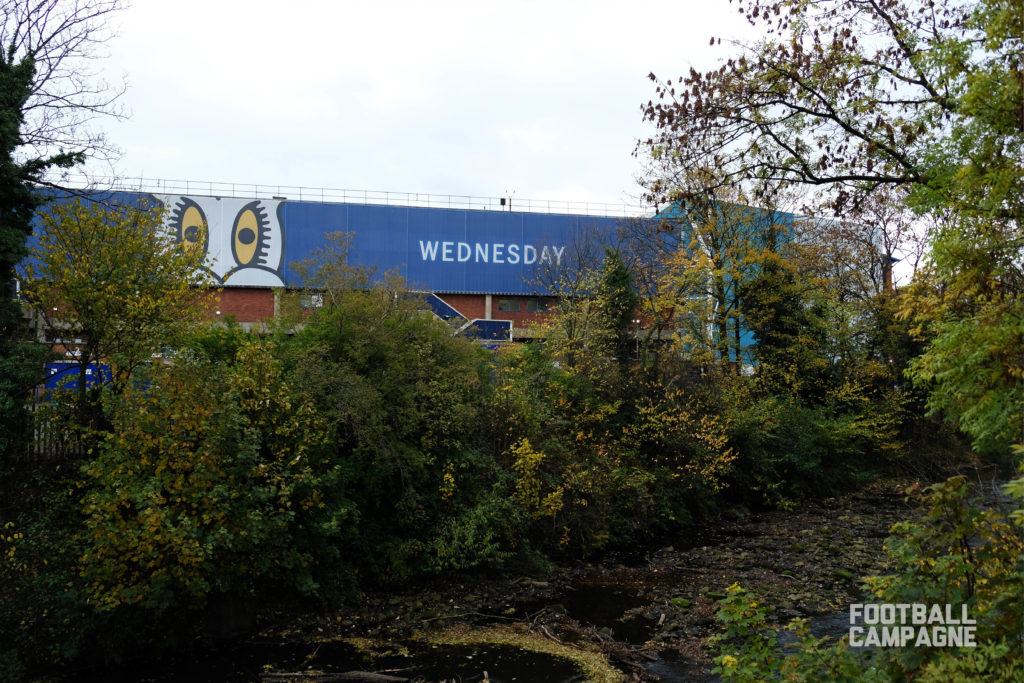 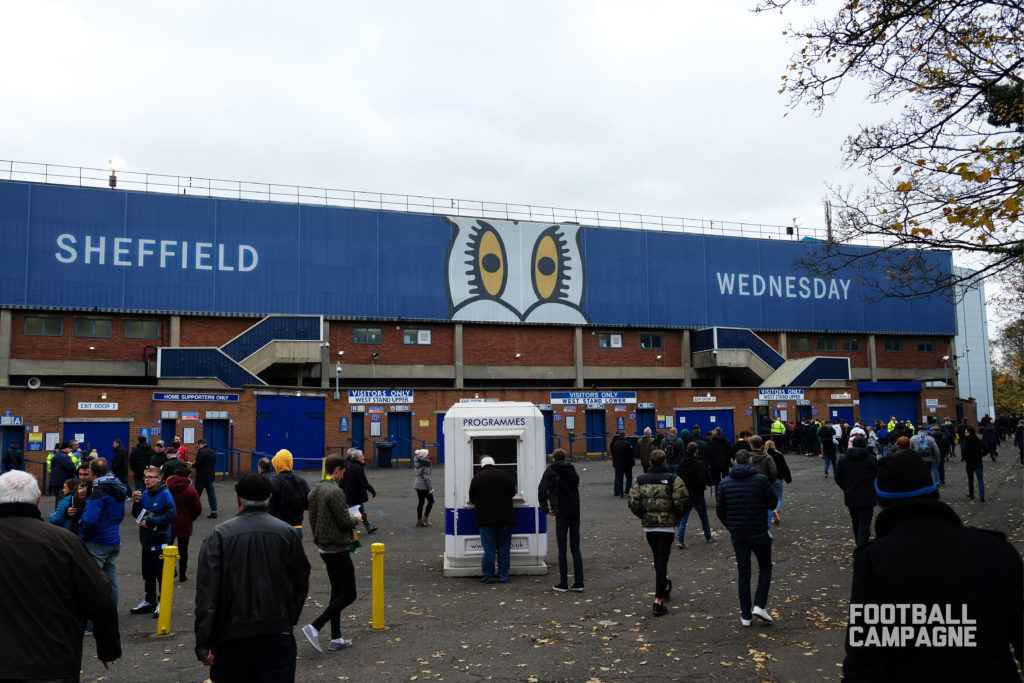 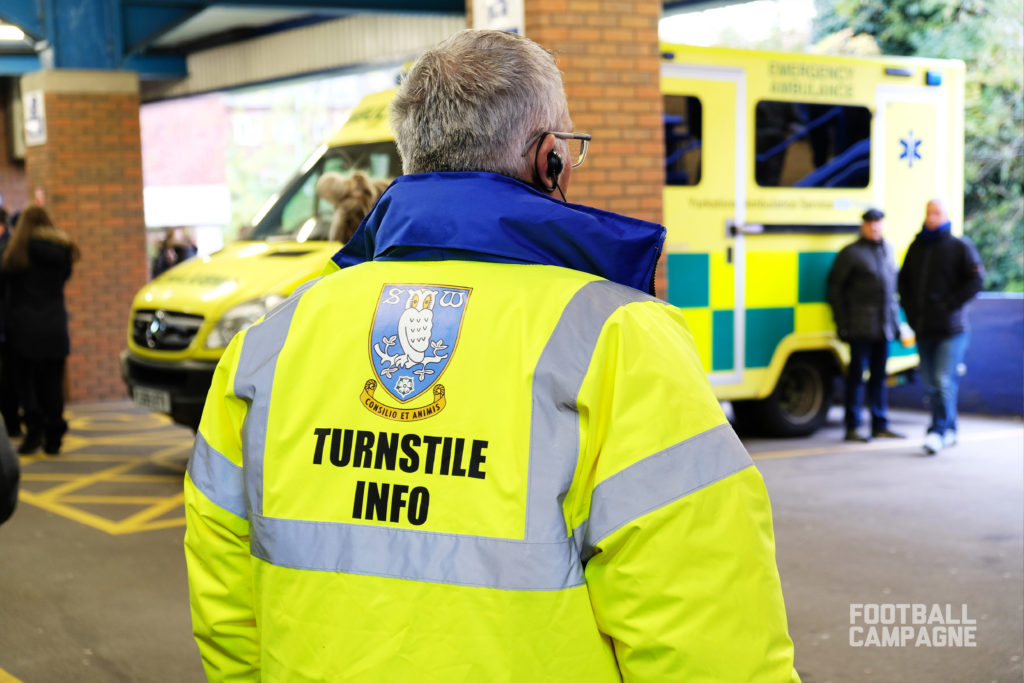 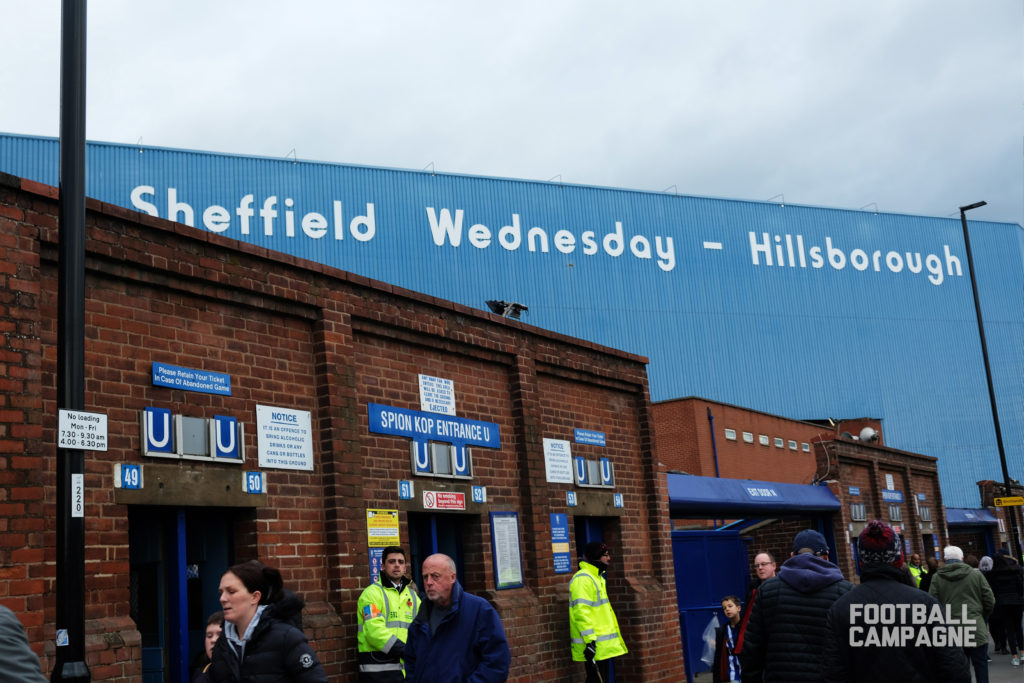 For many reasons, Hillsborough is a stadium that thrills his visitor. Like everywhere in England, the life looks easy in the pubs surrounding the stadium. You can find supporters catching up their week around pints and to be honest we missed these moments. When you start walking down towards the ground, you find a stadium bordered by a little river. If the stadium looks narrowed by natural elements, you can walk around by going under the stand or you can access the Kop stand with the stairs  on top of the hill top which looks like it ate the stadium. This Kop stand is the heart of Hillsborough. This is where you hear fans joy when Dawson stops Norwich’s striker Mario Vrancic poor penalty kick. This is also where the supporters anger will come down after they seen their Owls drowning against Norwich demonstration. It makes it four straight defeat for Wednesday. Not sure Wednesday’s manager Jos Luhukay imagined that few hours earlier when we seen him eating his breakfast at Sheffield’s Jurys Inn.

If like in many English stadiums today, the atmosphere is mostly made of surge of pride than consistent chants, Hillsborough’s atmosphere makes you feel that football is not just a game more than anywhere else. Even though we have seen people leaving the stadium way before final whistle it would be insulting to talk about bandwagon fans here. Can’t you have the right to be pissed off when your team stains your devotion with a weak performance like that? Often in football, you come to the stadium with hope and you leave with the upside down face emoji expression. For the neutrals like who came like pilgrims it’s a bit different. We can say that we truly enjoyed our Saturday at Wednesday’s. 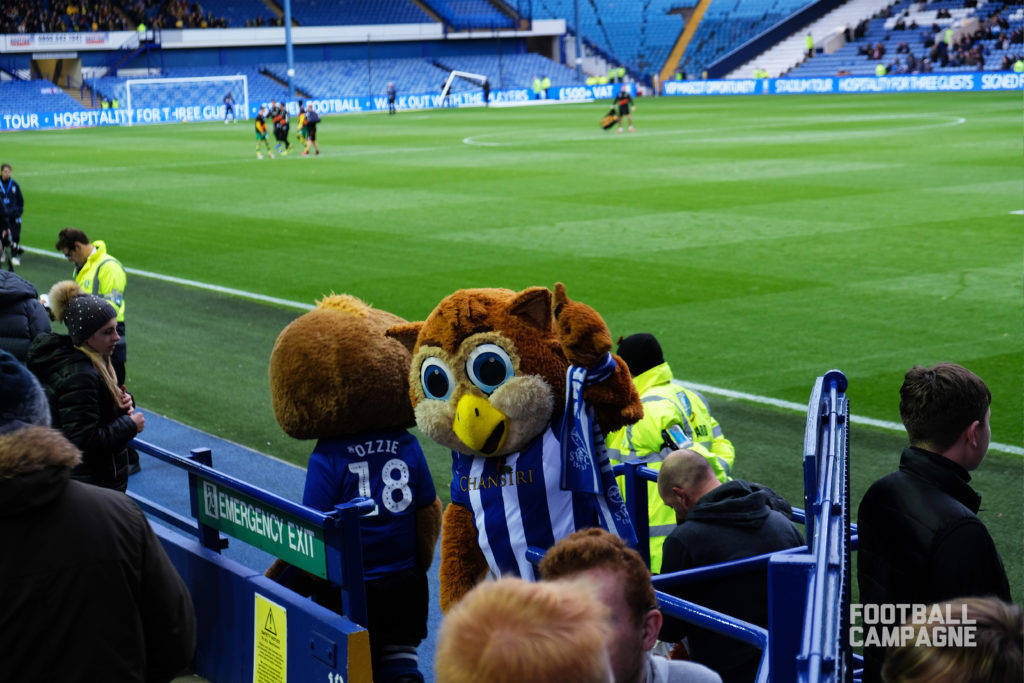 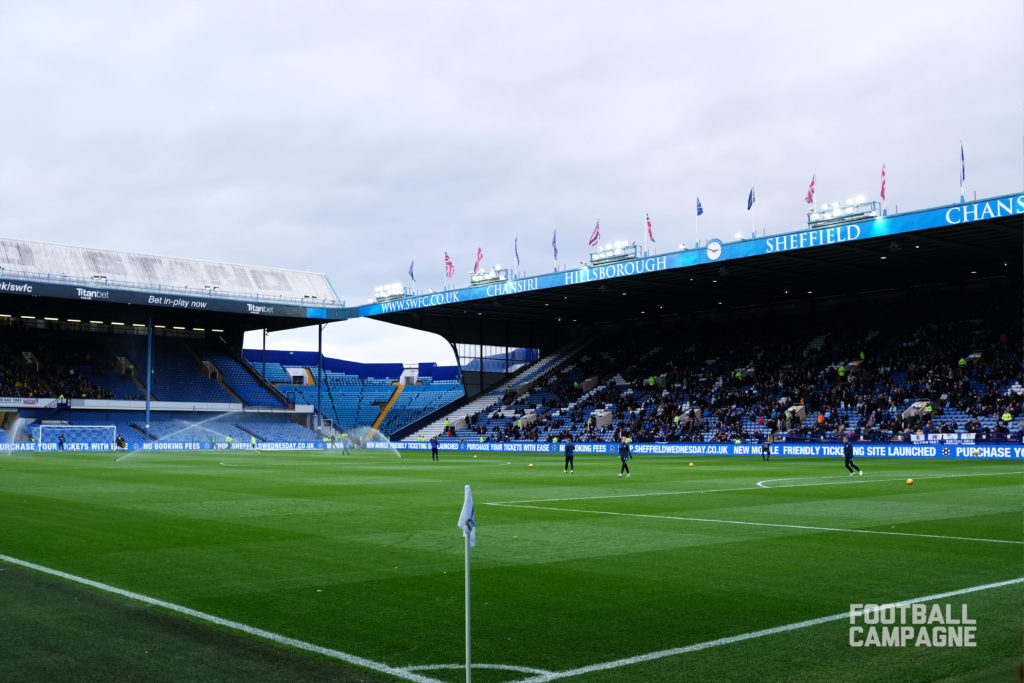 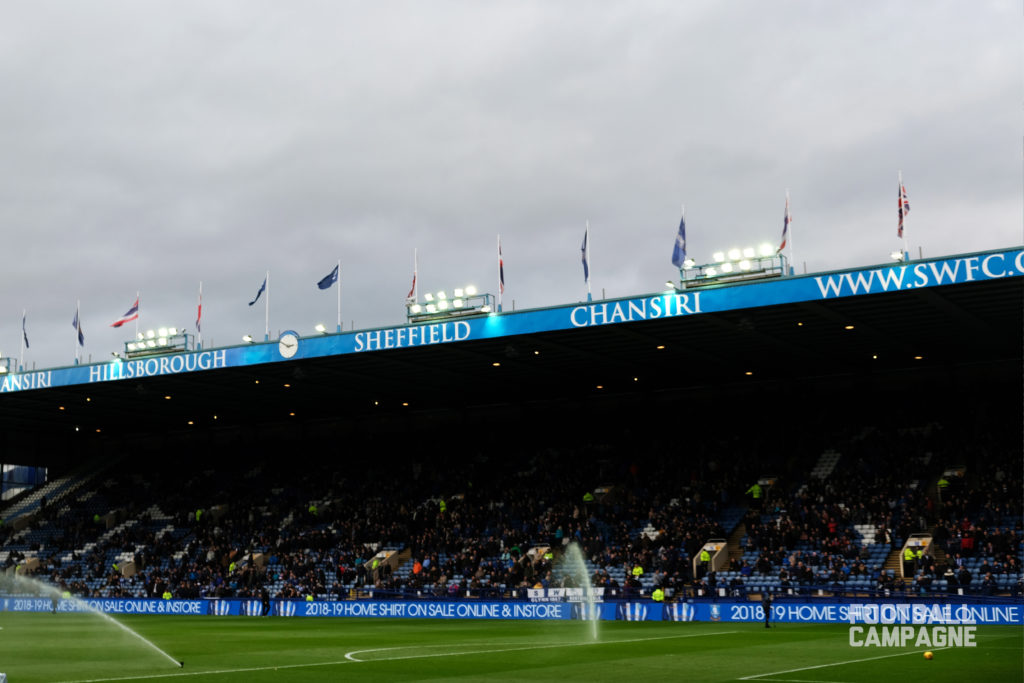 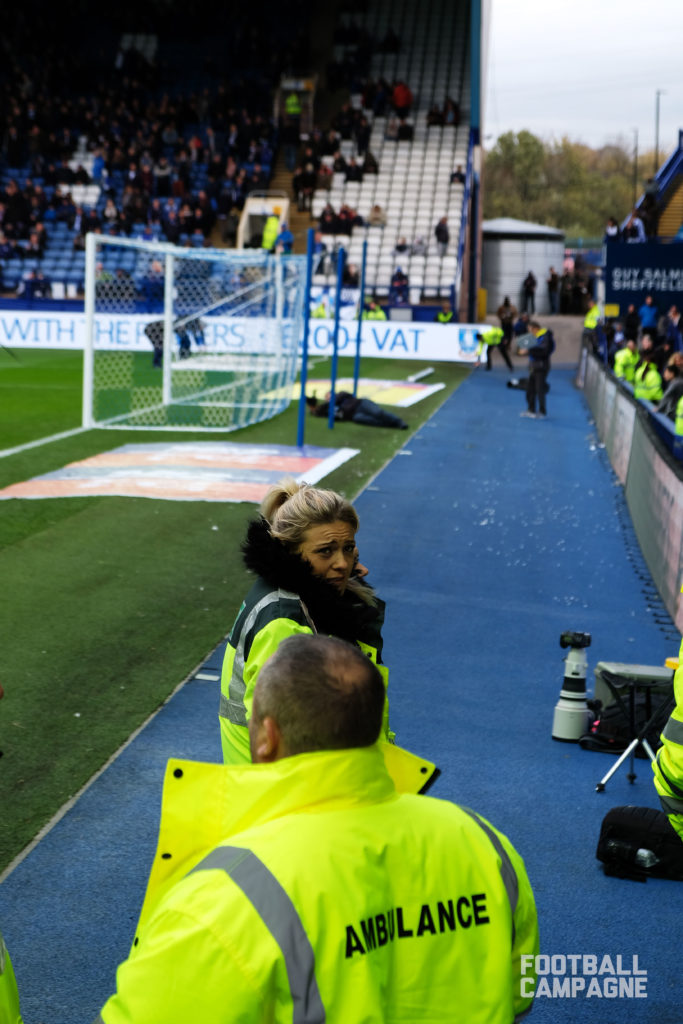 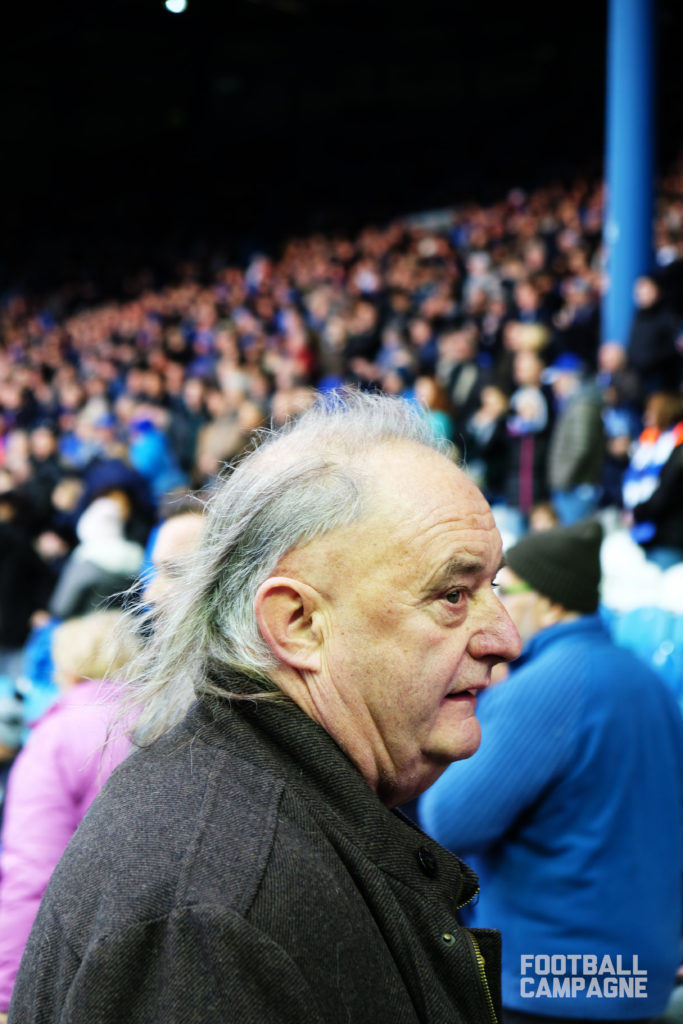 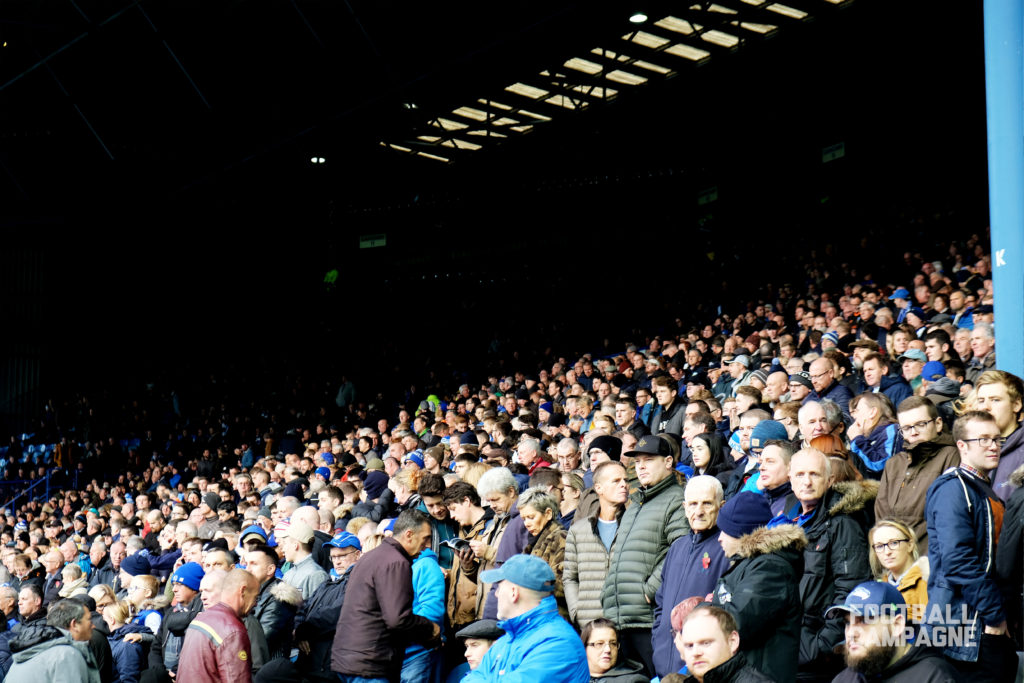 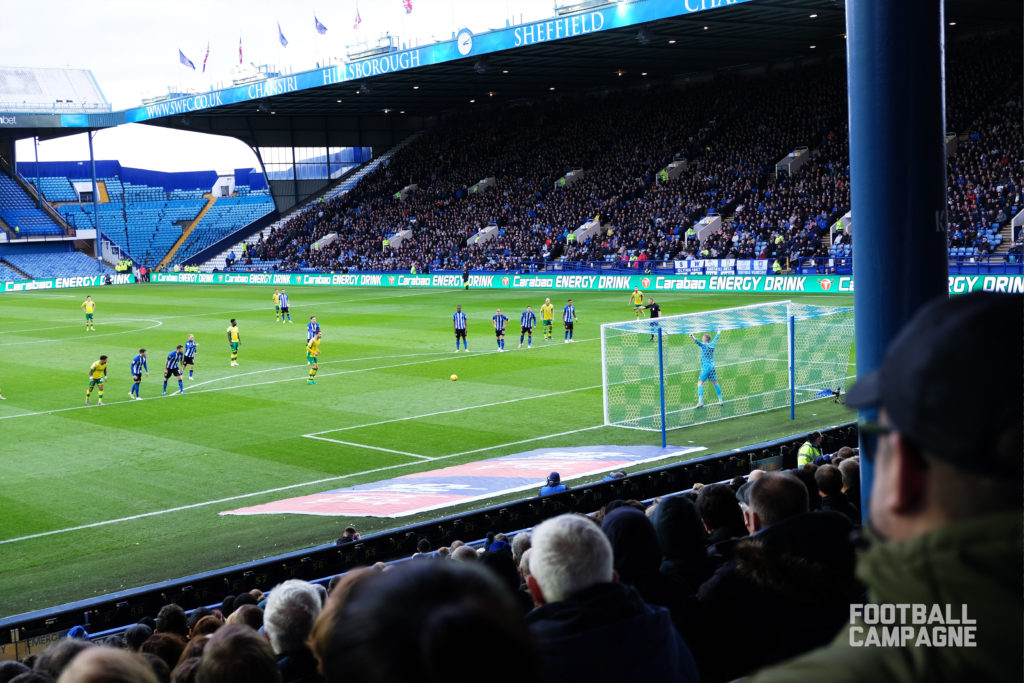 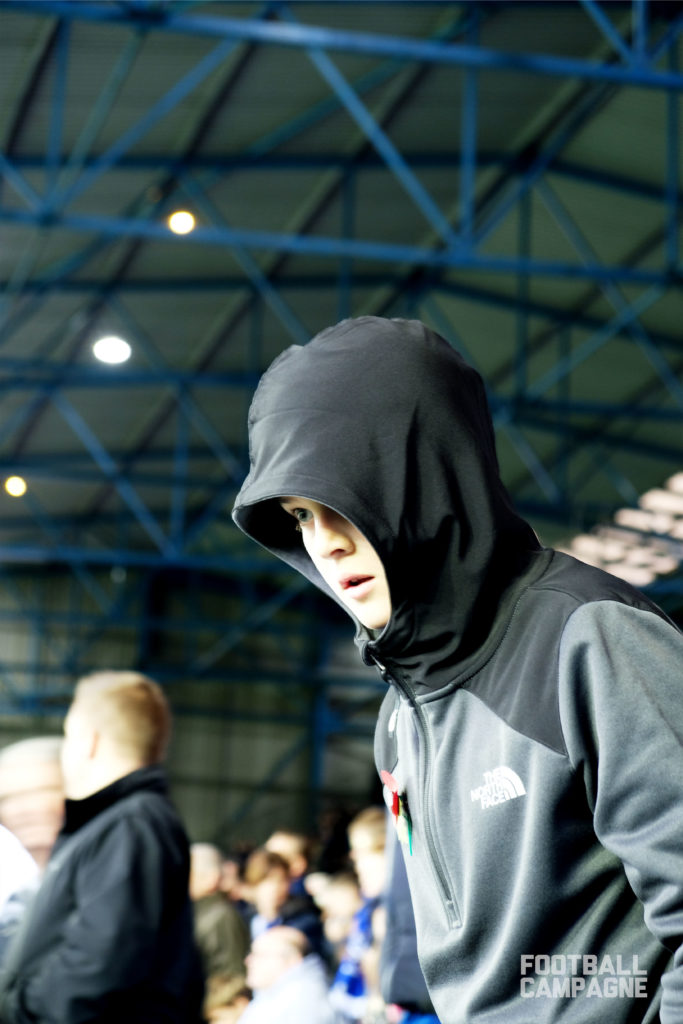 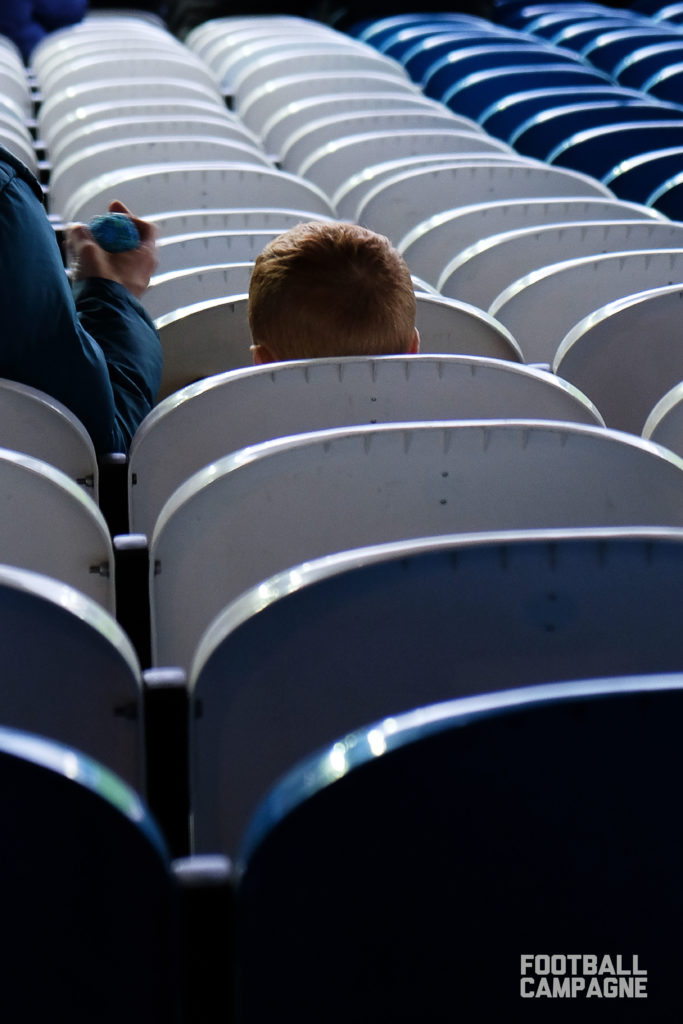 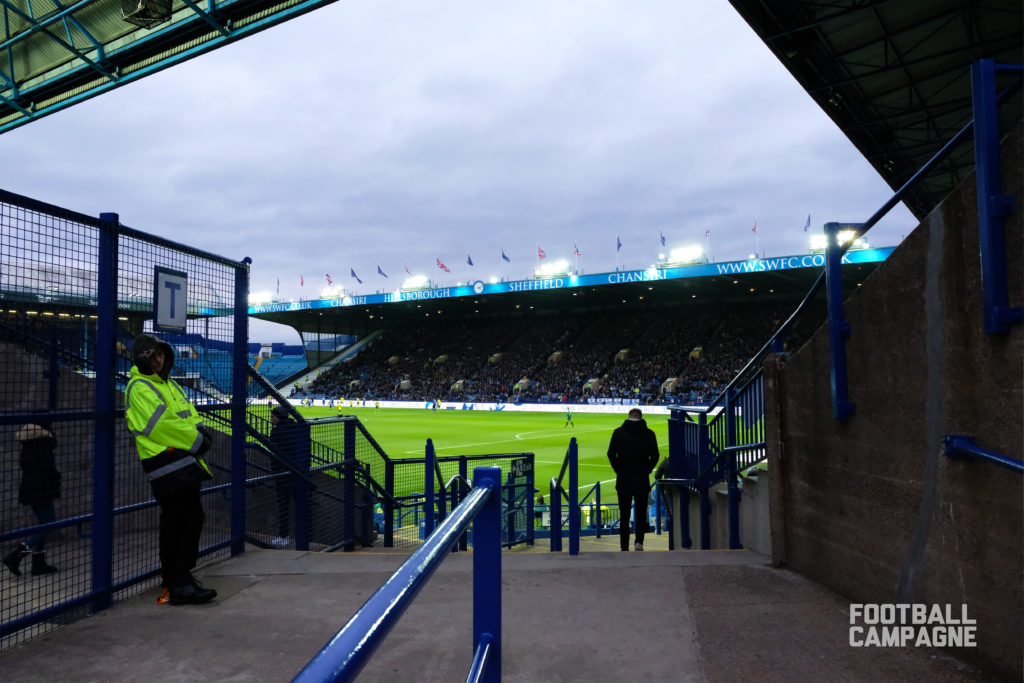 We’ll see you guys back shortly for a new story about Sheffield. This time we will explore the locations where football was born a long time ago.