Same coast, different flavour. After Los Angeles and it’s derby smelling wet pain, let’s ride through Oregon and its primary forests towards Portland. As we just finished shooting with a 9mm gun at ‘The place to shoot Inc.”, we noticed that the Timbers were actually playing Houston Dynamo at Providence Park on the evening. This is America baby!

Here is a true American land of football. Way more than south. In the region, the Timbers been here since 1975, which is, if you look at it, just five years younger than PSG. Okay the club was gone missing between 1990 and 2001 and even changed its name to F.C. Portland in the 80’s but nothing stopped the madness of local fans. Seeing them filling Providence Park stands after so many troubles (the club also stopped between 1982 and 1985), fusions and name changes makes it hard to put their devotion to the yellow and green in doubt.

Do you need another proof that Portland actually stinks football? The reserve used to gather an average attendance of 5,000 fans with picks at 13,000 between 2011 and 2014. Same for the Thorns, the woman team that brought together an average of 13,000 fans at Providence Park in its opening season. The Timbers are also involved in the Cascadia Cup with their local rivals of Seattle and Vancouver. It would sound like nothing if the competition has not been created by the fans of the three teams before their arrival in the MLS. All this to explain that in this side of the US they don’t joke with that shit. Everything matters: history, trophies and rivalries. Few weeks ago they even played the 100th derby of the history against Seattle Sounders.

This is not a derby tonight but another historic team of American football stepping on Timbers pitch: Houston Dynamo. The team was born from San José Earthquakes relocation in the Texas. Dynamo is named after the Dynamos, a dead franchise which was on service between 1983 and 1991 in the dark USL, the third national level back in the days. History lesson is over.

Now that you know, let’s get ready. Stage is set. Go away if you are looking for football champagne. We are about the real MLS. We’re here to chop some woods for real! 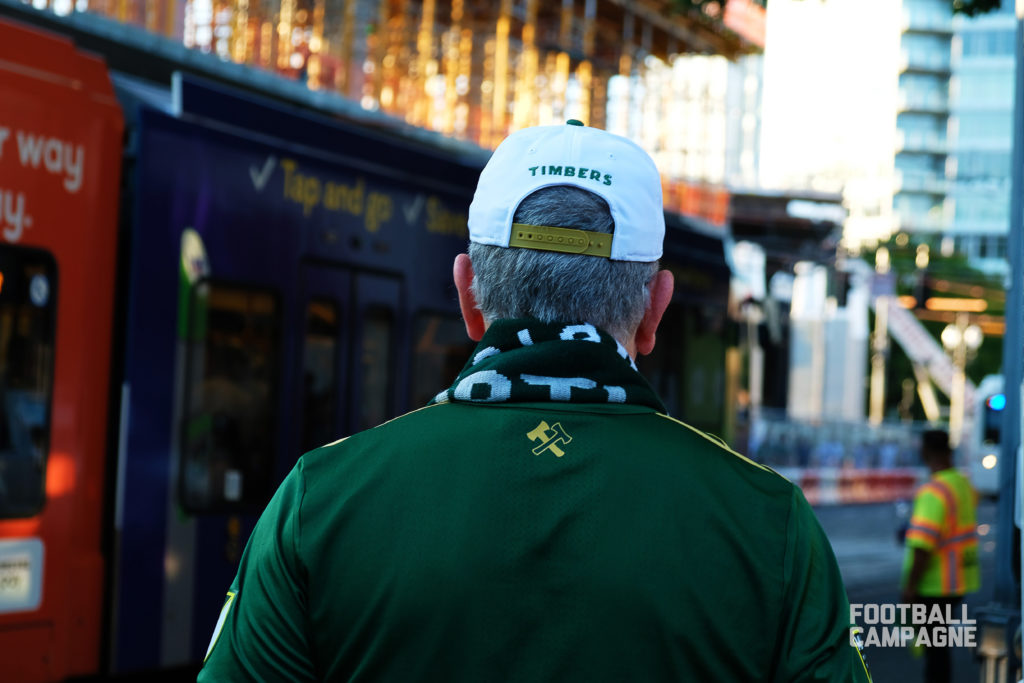 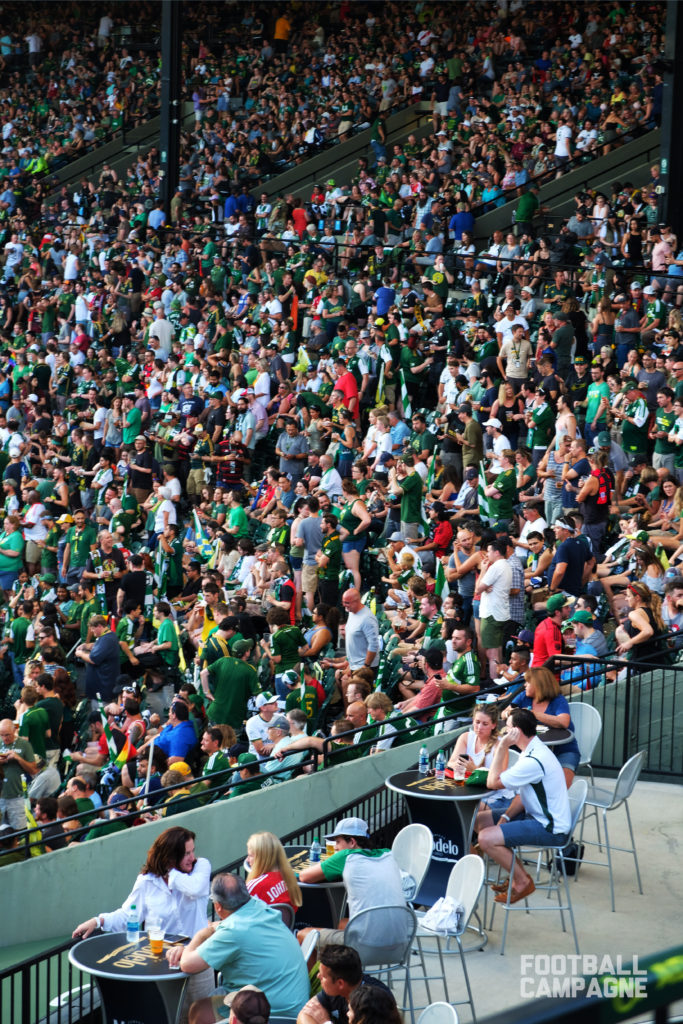 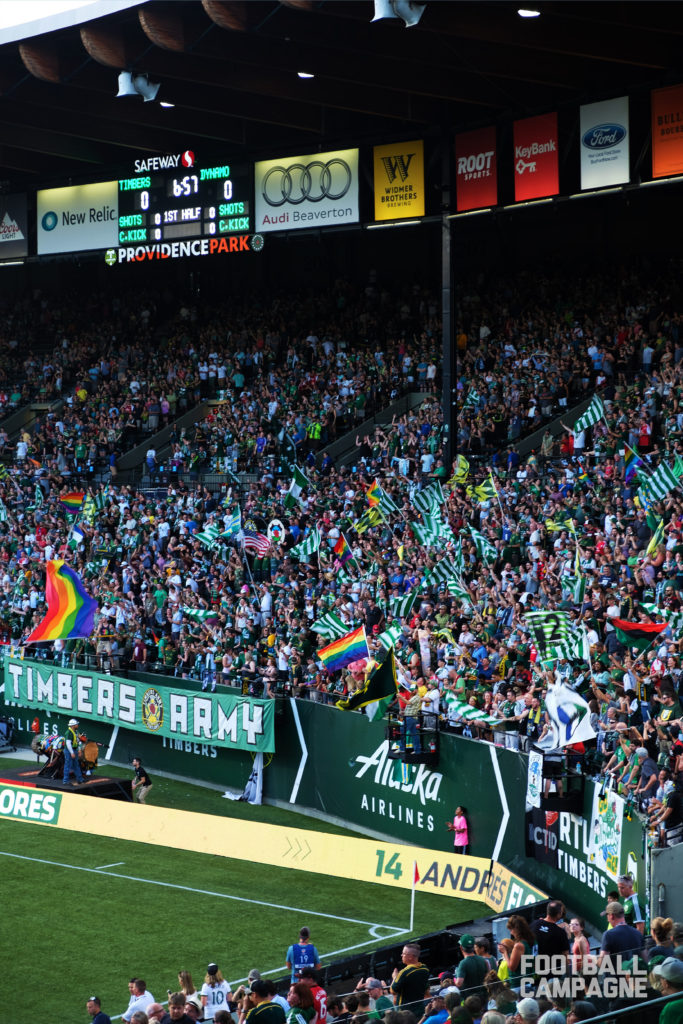 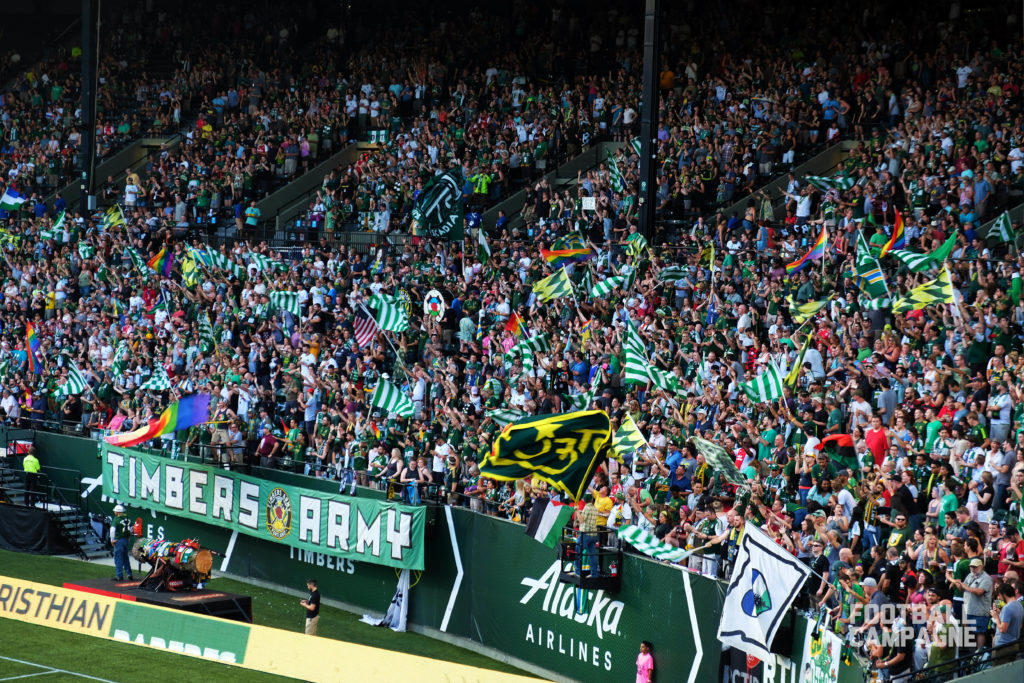 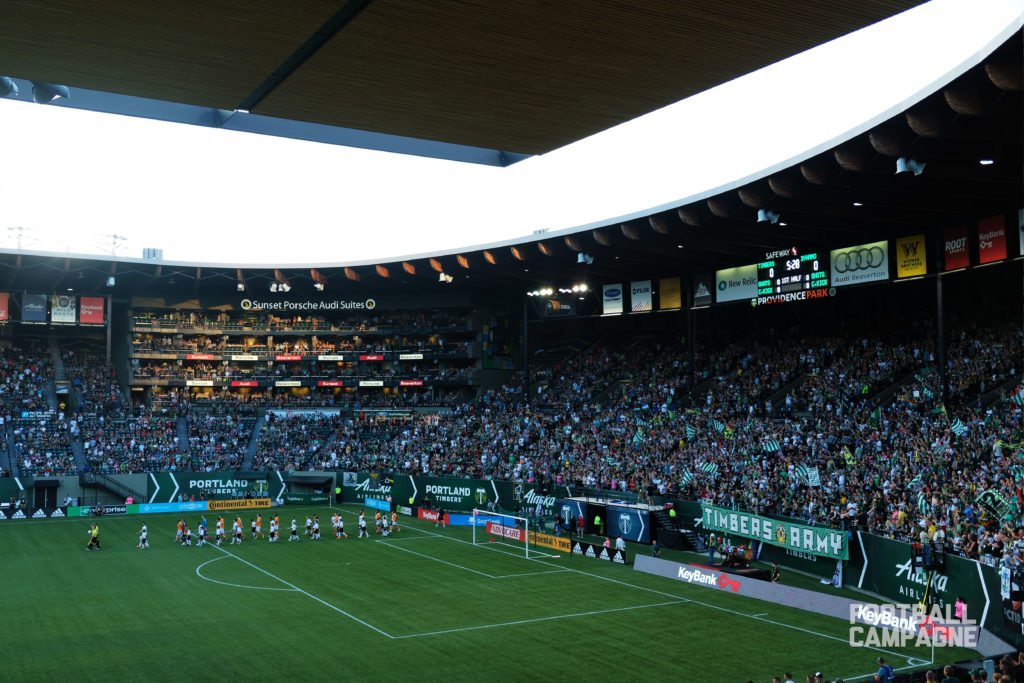 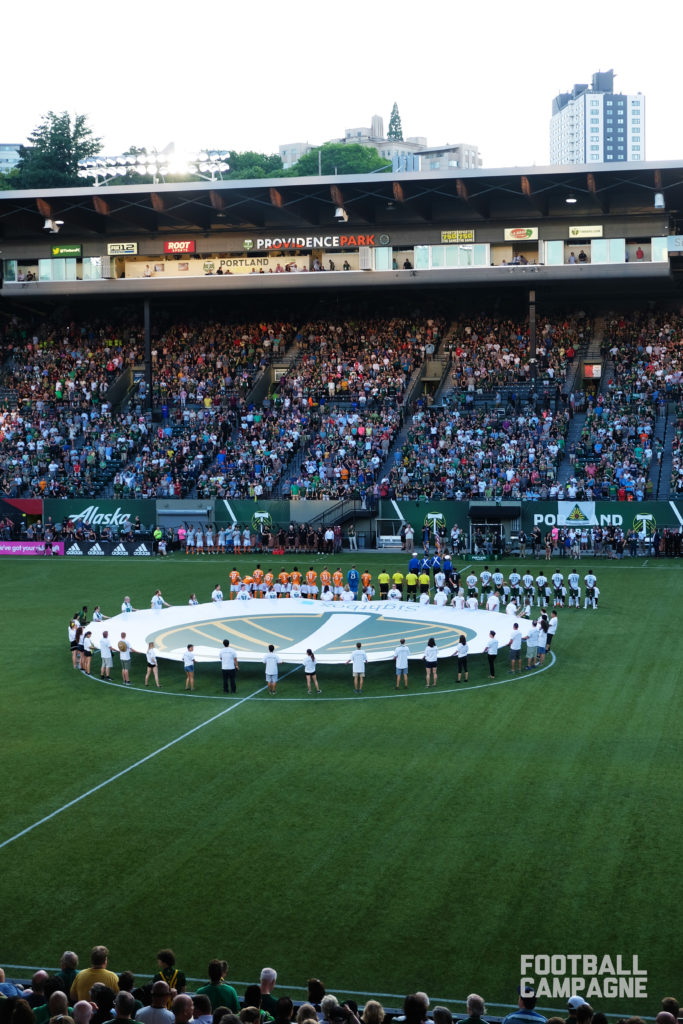 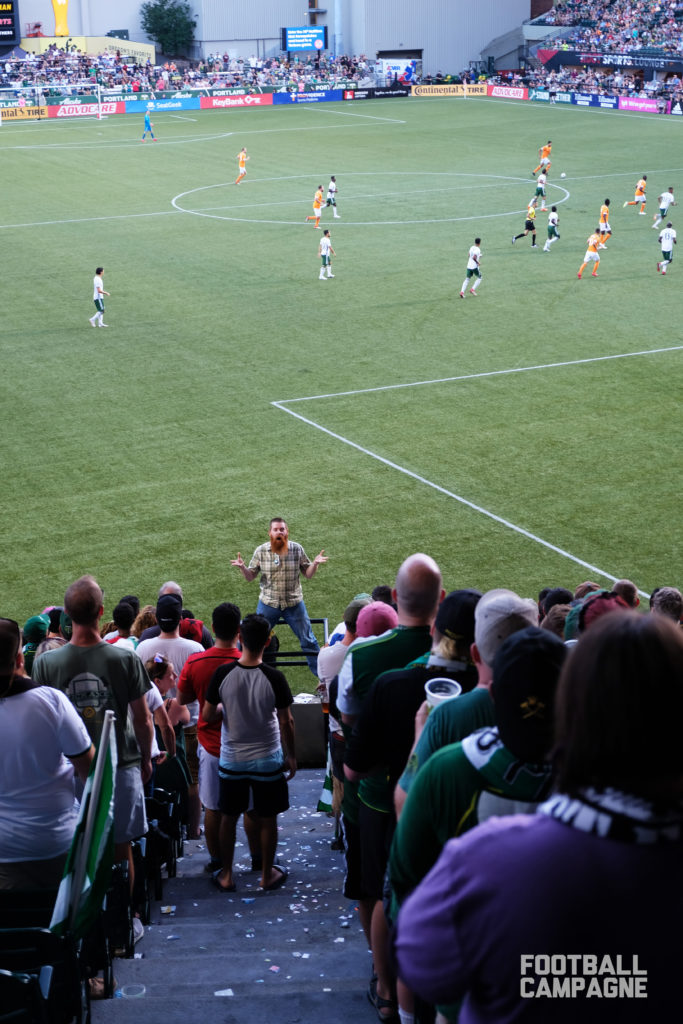 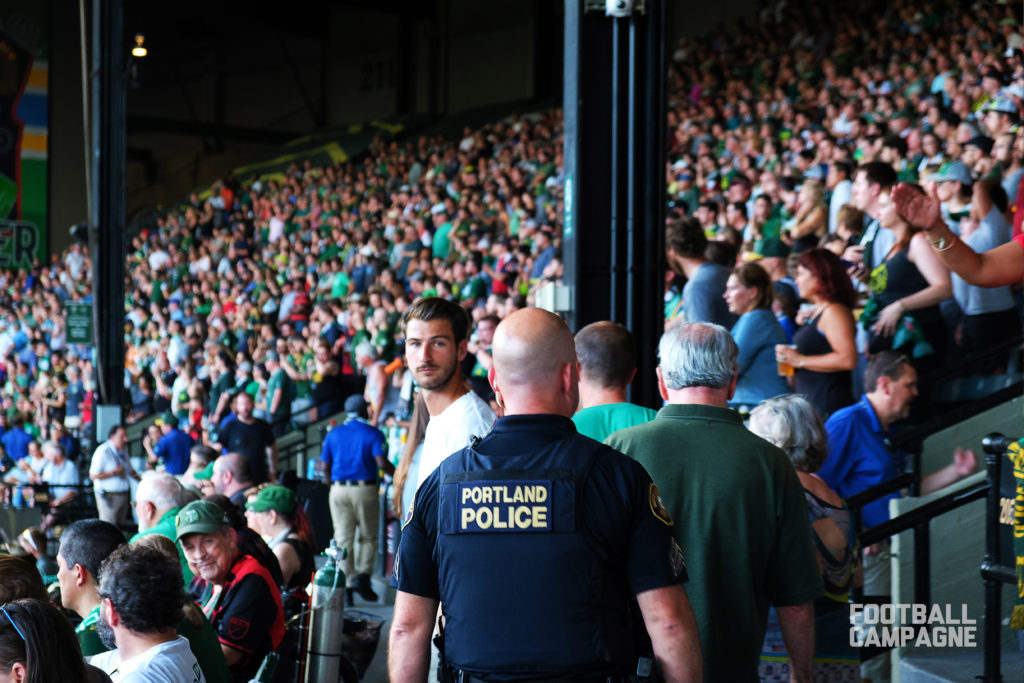 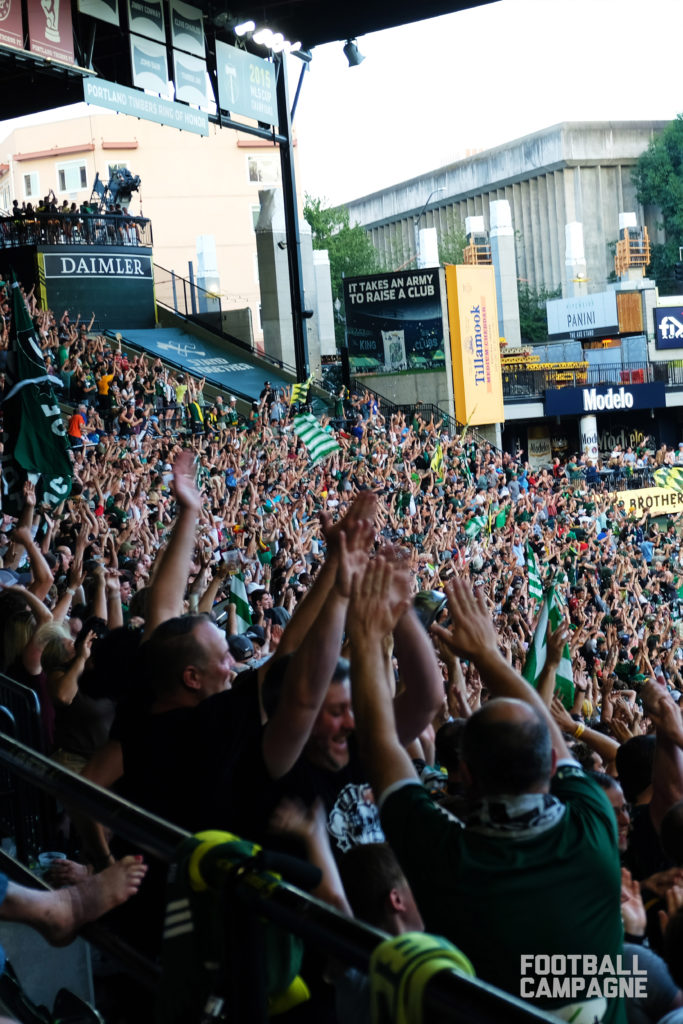 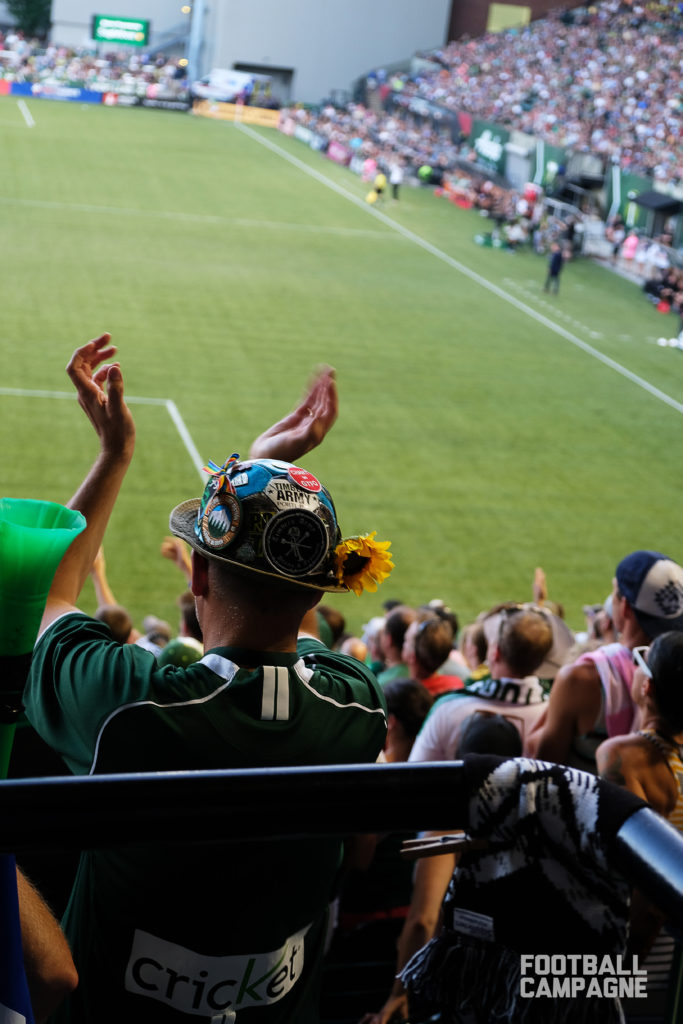 Once again, the game is sold-out. 22,000 people are ready to spend a lovely Saturday night, smoking weed before the game (English people drink beers, Portland people do that) to be in best condition to watch some average football. Providence Park is a place where you feel good, like if you were on your sofa watching a game with your mates. The kop is as packed as the Central Line at rush hour. The Ultras keep singing the whole game, even though on the pitch the standard is quite poor.

Valeri and Blanco try to do their magic, but it needs more than two good players to have a good game. Houston manage to equalise on a big mistake of the locals’ defence, but thanks to the support of the fans, the Timbers take the lead in the extra-time to secure the win. A nice gift for the fans knowing that more than anywhere else they expect one thing in particular: to see the home team banking goals. And there is a reason why. On the bottom of the kop, Timber Joey the lumberjack, official mascot of the club does his little trick every single time the ball finish in the nets. Proudly, he’s holding his chainsaw in the hair and starts the engine. Then he cuts a log in the massive tree that sits there at every game, and pass it to the fans in the kop. They touch the piece of wood as if it was a proper trophy and get it to the top of the stand. And at the end of the game, the log will be gifted to the players who scored the goals. That’s quite something to see to be fair. 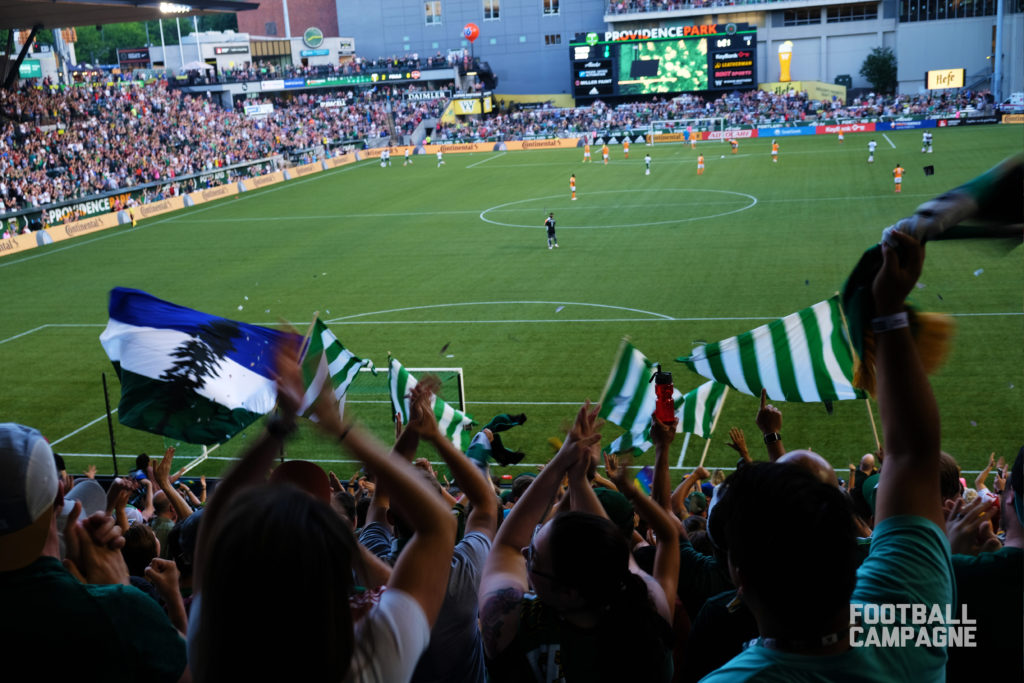 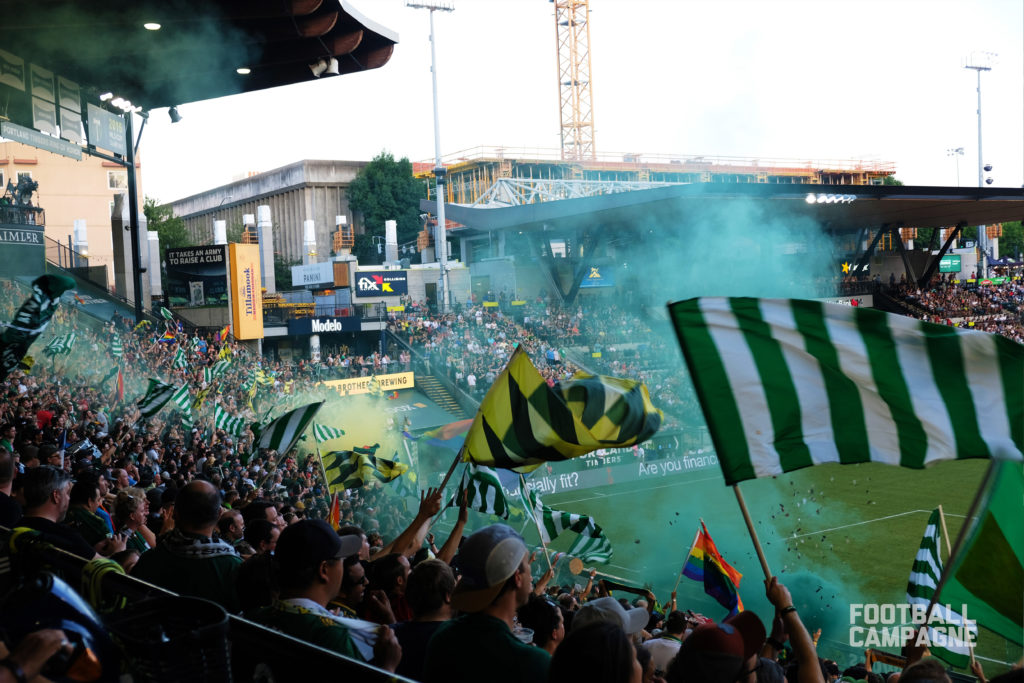 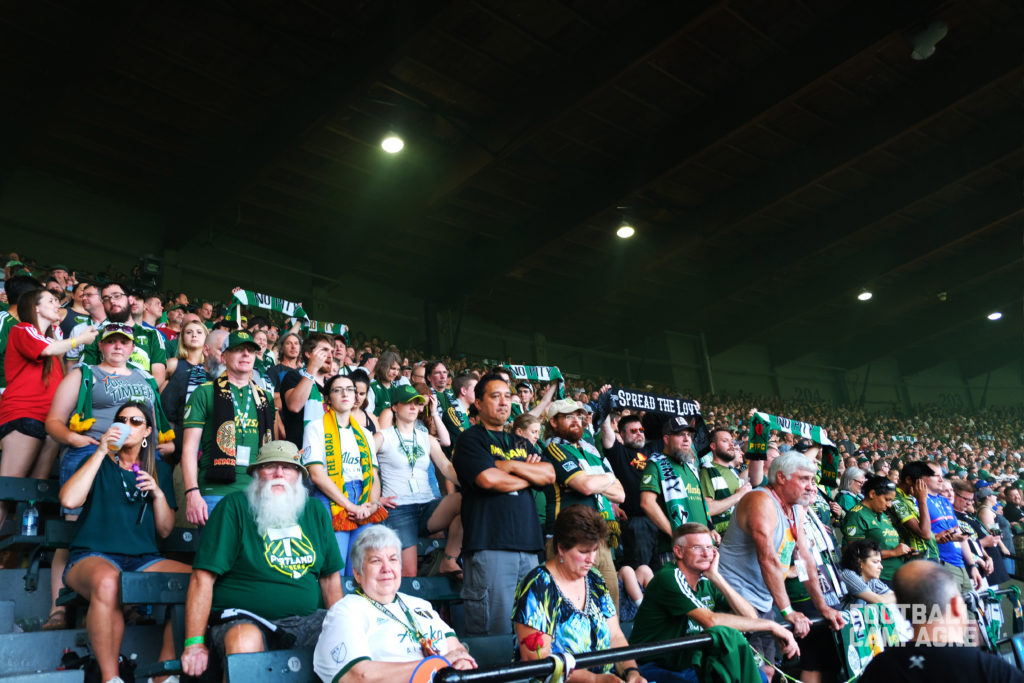 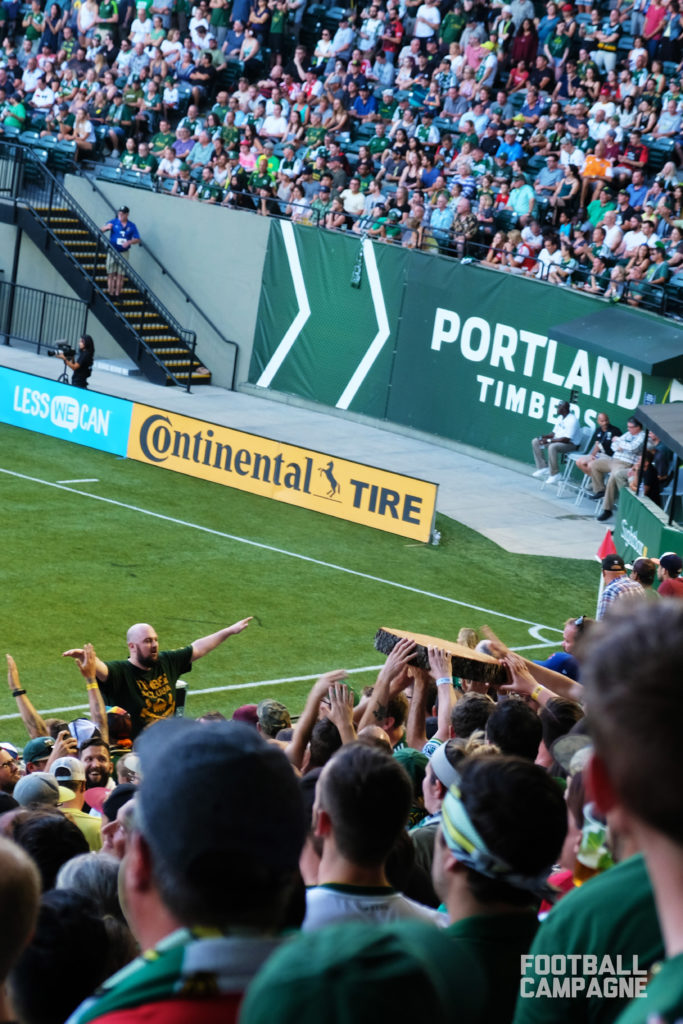 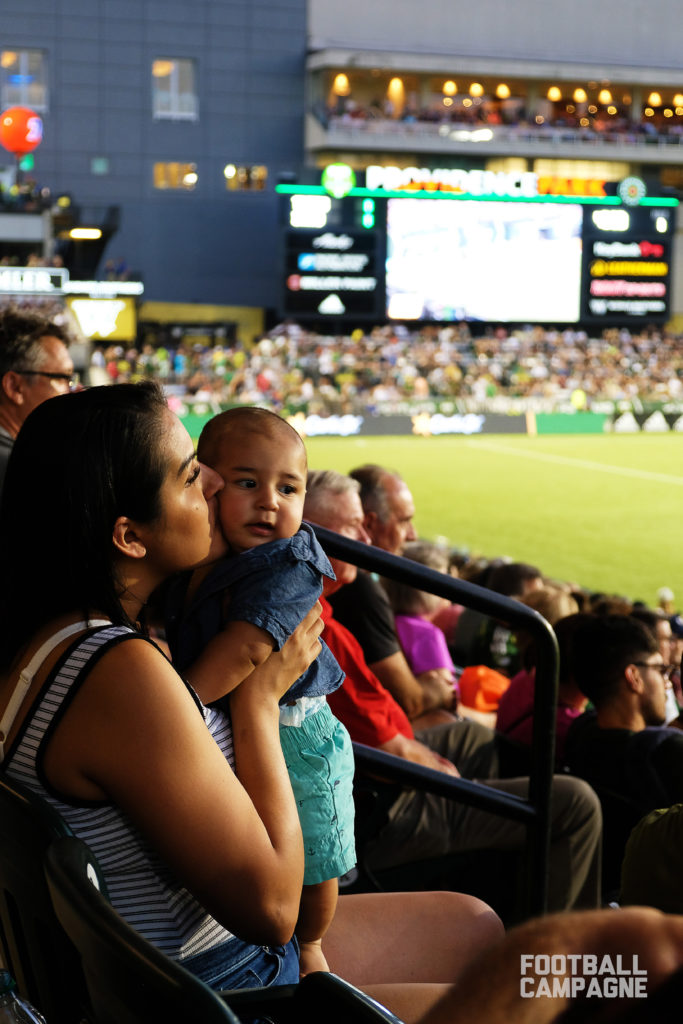 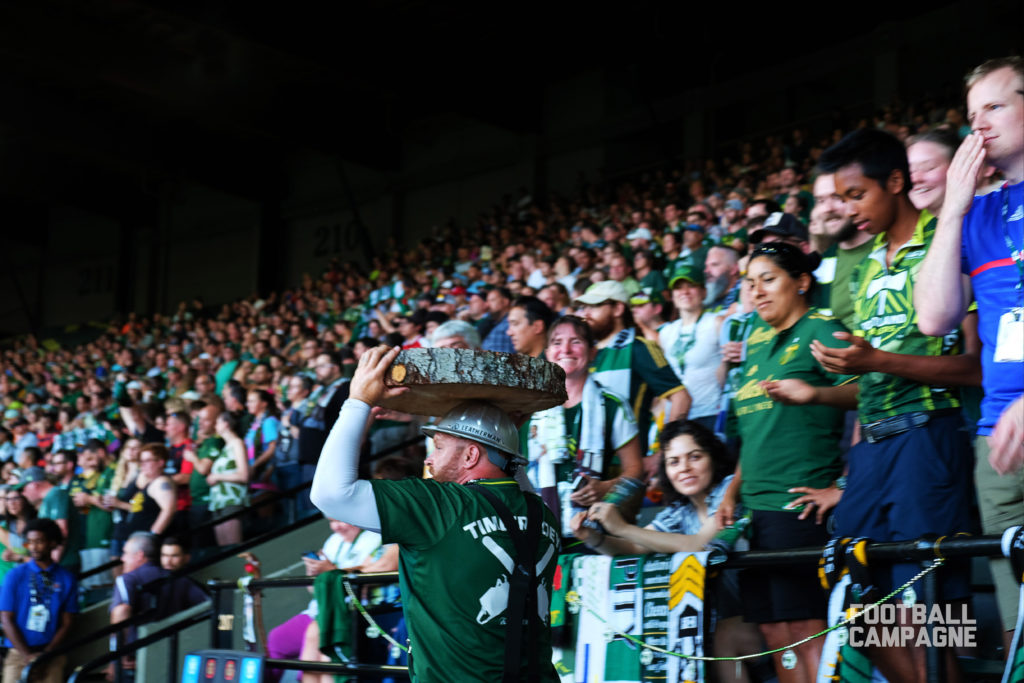 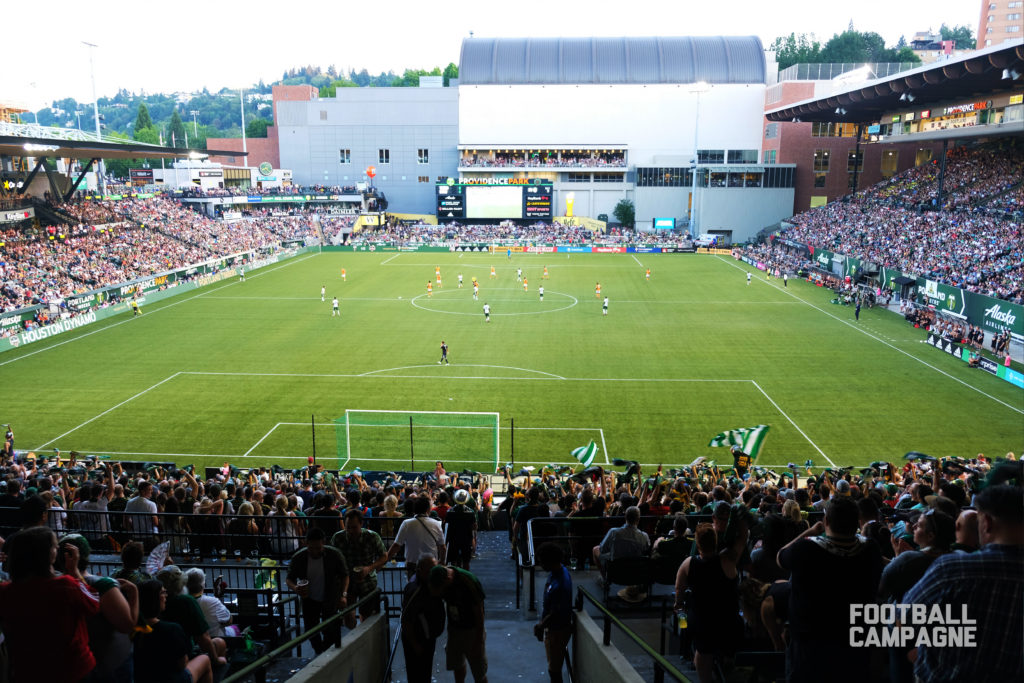 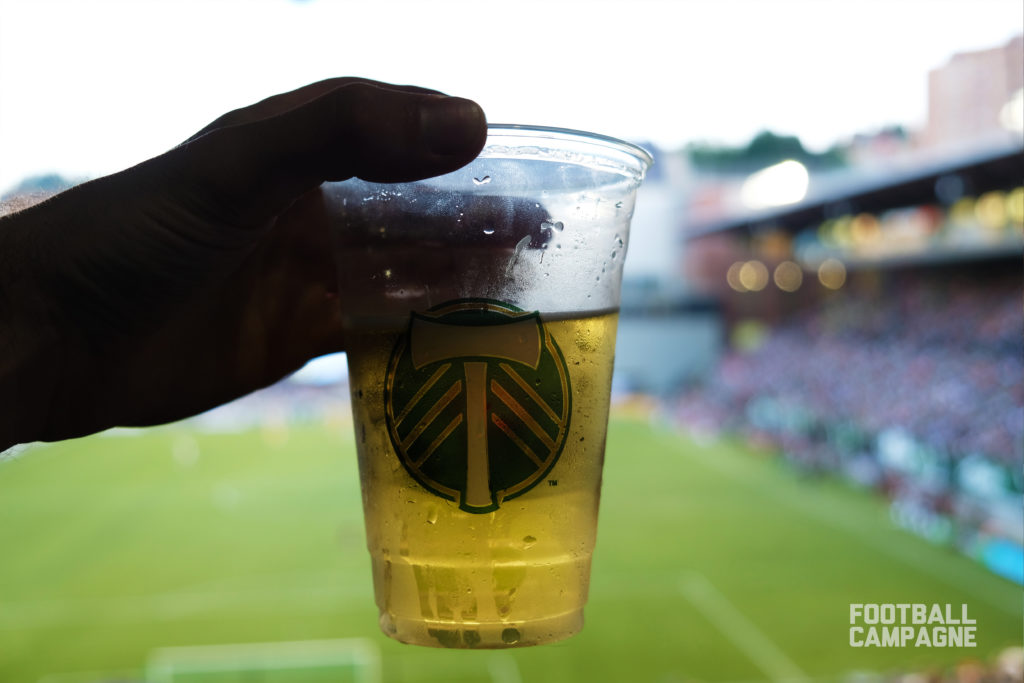 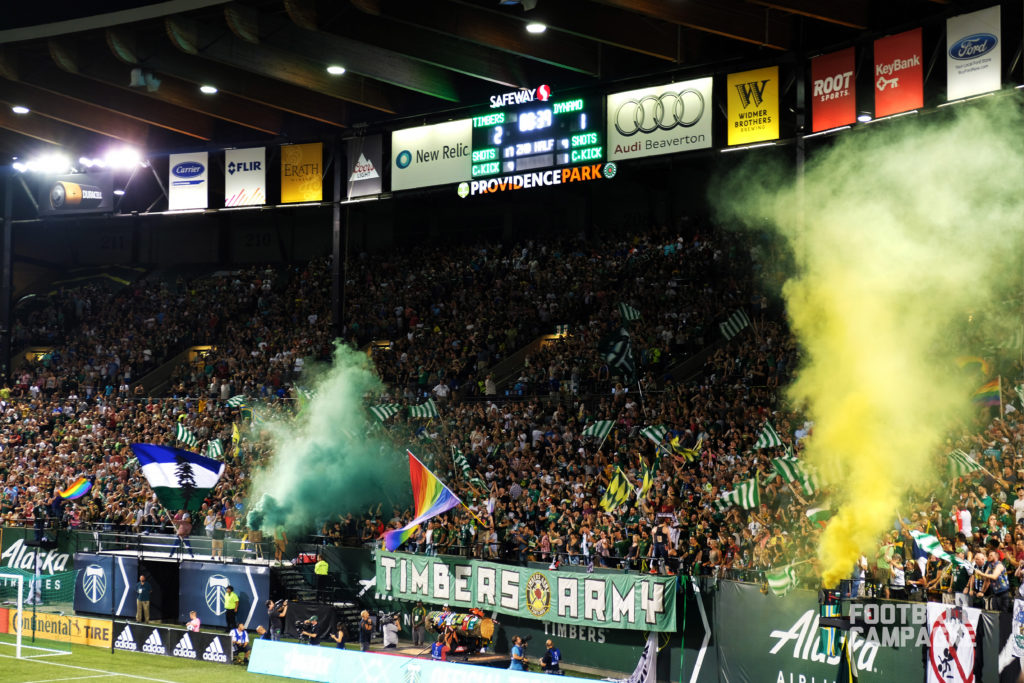 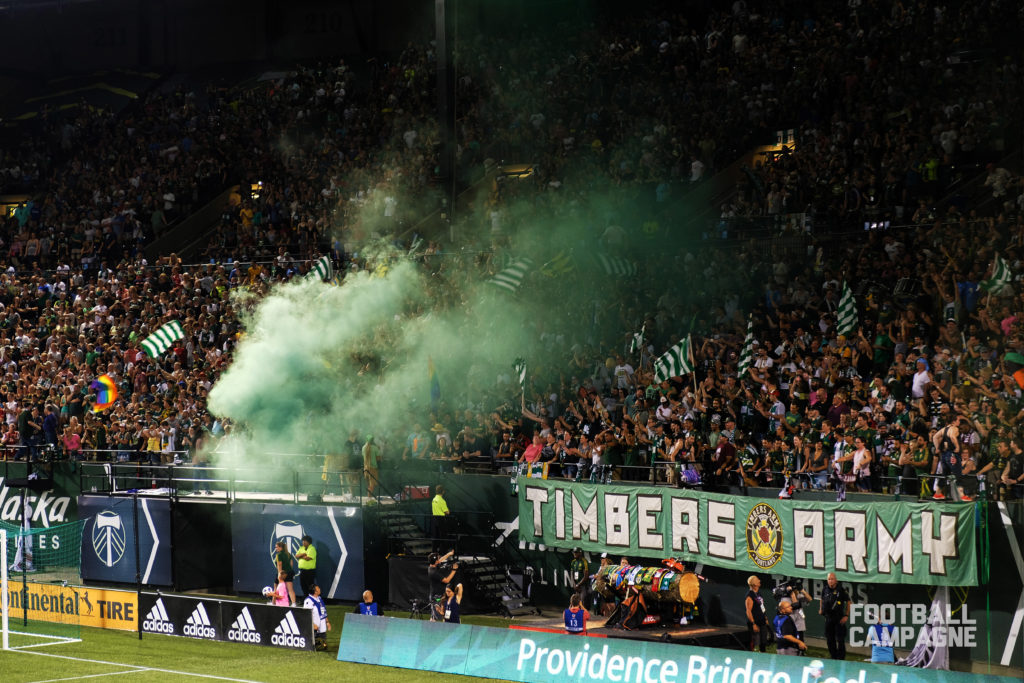 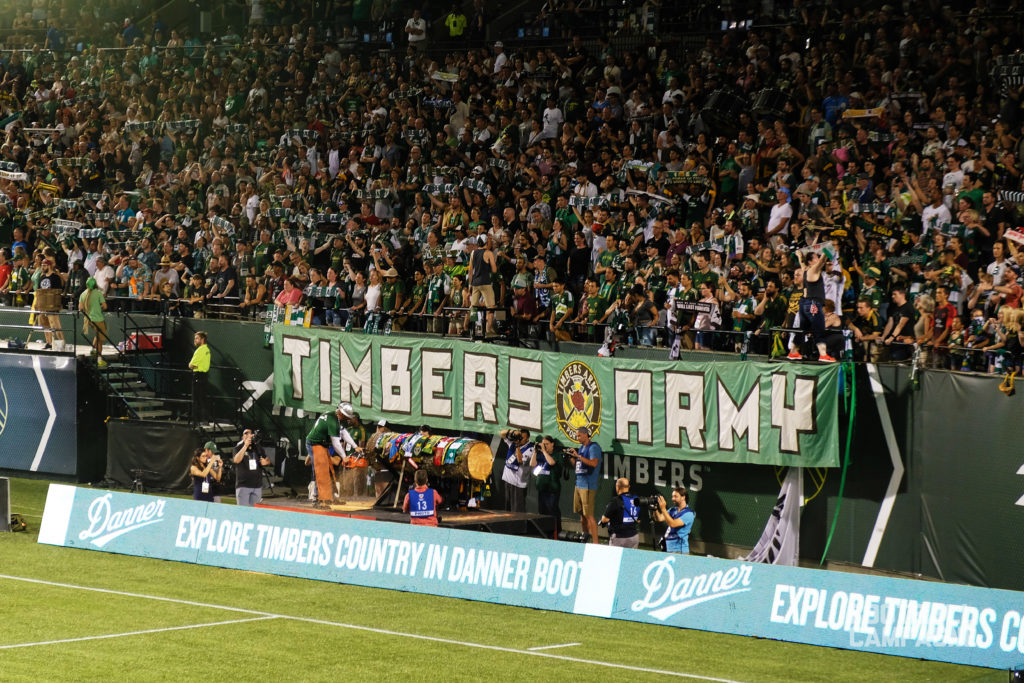 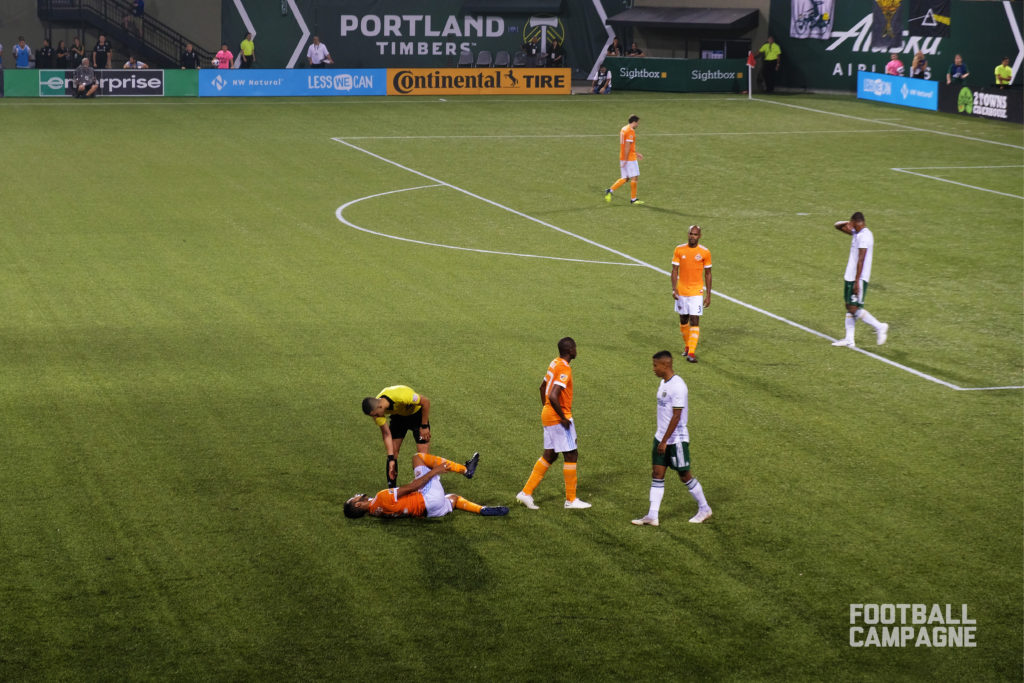 Some people will think this is weird, the ones who love traditions will find it funny. But you know what, in a country where it is a bad thing not to be owning any gun, is that really an issue to go to a football game with a massive chainsaw?