Contaminated. Wiped out the map by a 15 metre tsunami in 2011, Fukushima became a ghost town. And as we’re continuing our quest of the lost football pitches all around the world, we couldn’t help ourselves but stopping by the zone full of nuclear radiations to find out if there wasn’t a football ground still standing to visit.

Destroyed. This one pitch we’ve found in Fukushima will definitely arrive in our top ten. Not so much for its condition, but more about the fact that the town have been abandoned by its entire population, and we can be sure that no one tried to play football here since the disaster. It was important for us to testify that, and we couldn’t travel to Japan without trying to document it. After a road trip from Tokyo, monitoring the different levels of radiation to make sure we didn’t put ourselves in danger in no-go zones, we realised straight away Fukushima was no jokes. Many roads are blocked, guards overprotected, looking like stormtroopers, making sure that no one is trying to cross the yellow line, and trucks which still carry contaminated ground in plastic bags. It’s a real shock, and even knowing that if you stay on the main road the risks are extremely limited, you feel a lot of pressure. Sadness also, looking at what’s left from arcade rooms, houses, buildings and even cars with the trunk still opened, which makes you think about all the people forced to evacuate and leave everything behind them.

As we always do, we spotted a couple of football grounds on Google Maps. Some of them looked very promising but unfortunately we had to turn around on the way when guards forbid us access to the side roads. We tried to force the way while they were not paying attention but it didn’t go down well. Probably a sign that we shouldn’t have been there anyway for obvious safety reasons. Finally, when we managed to access this pitch in the middle of a Japanese high school, we felt both a lot of excitation and stress at the same time. When we looked at the clock on the building walls from the centre of the pitch, we understood the time had stopped at the moment the tsunami hit the town and cut the electricity supply. Like a referee blowing the final whistle for the end of the game. For ever.

We’re extremely happy to present this photo series on Football Campagne, a reportage in a place of the world where football is gone, taken away by a tsunami and a terrible nuclear disaster. 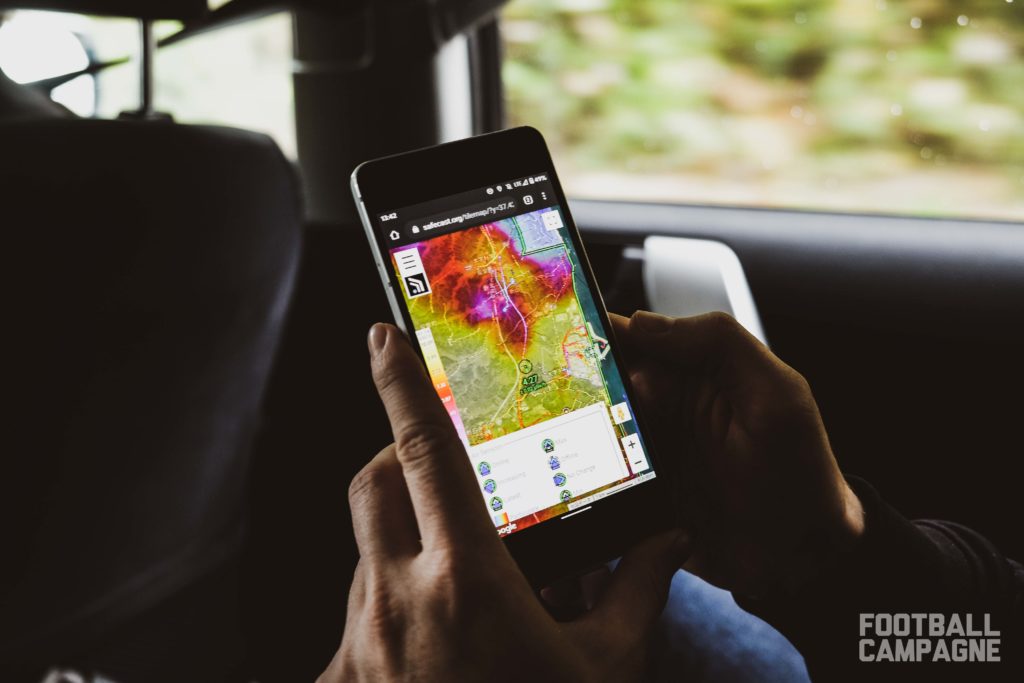 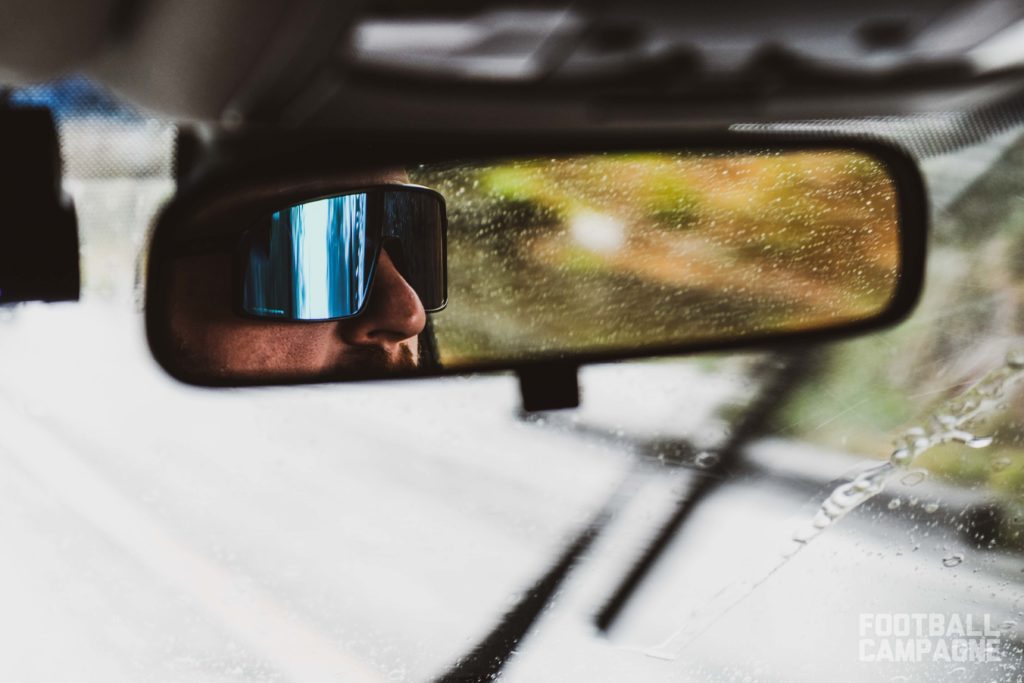 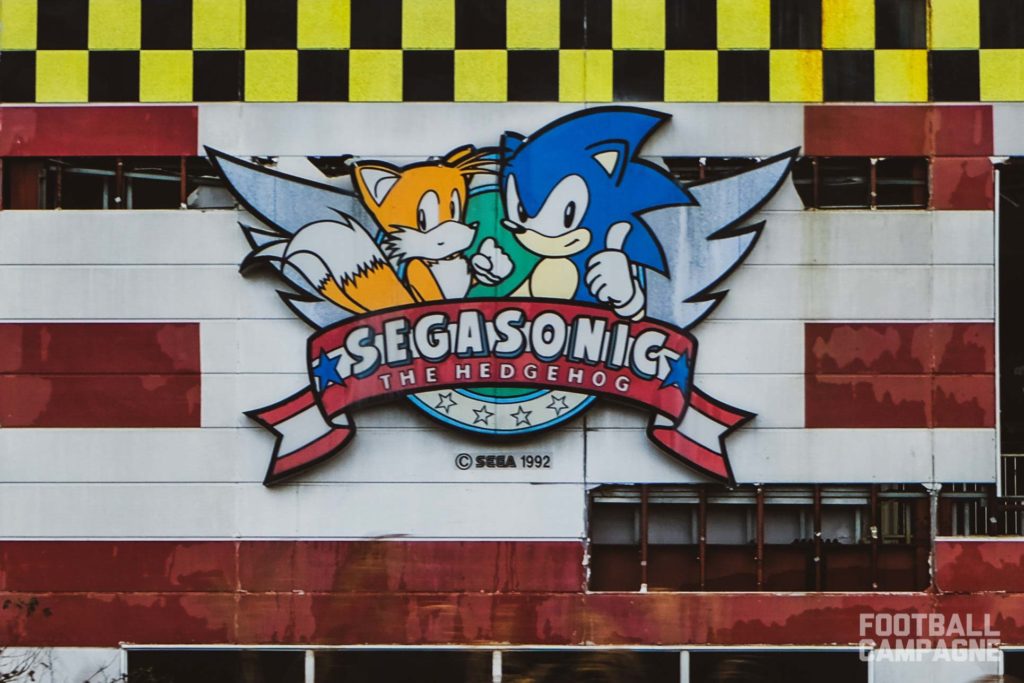 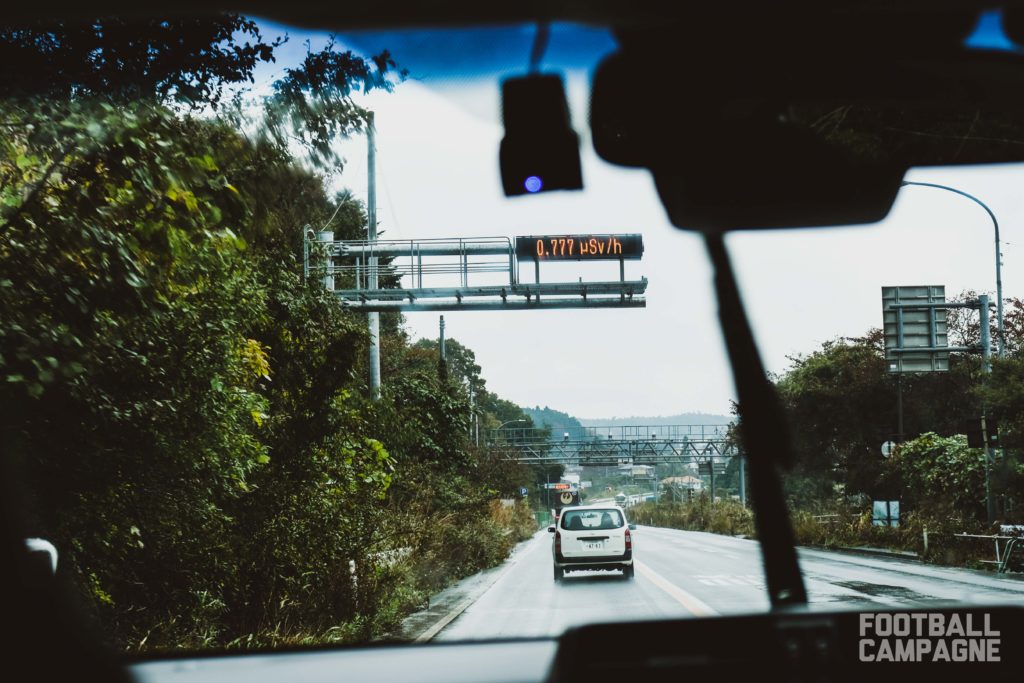 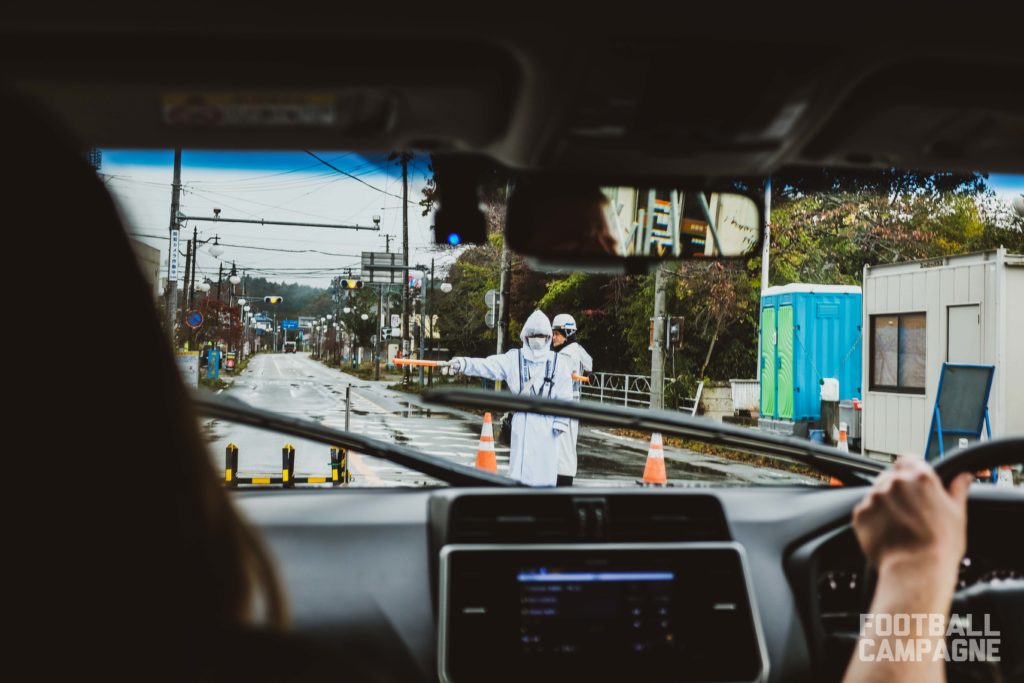 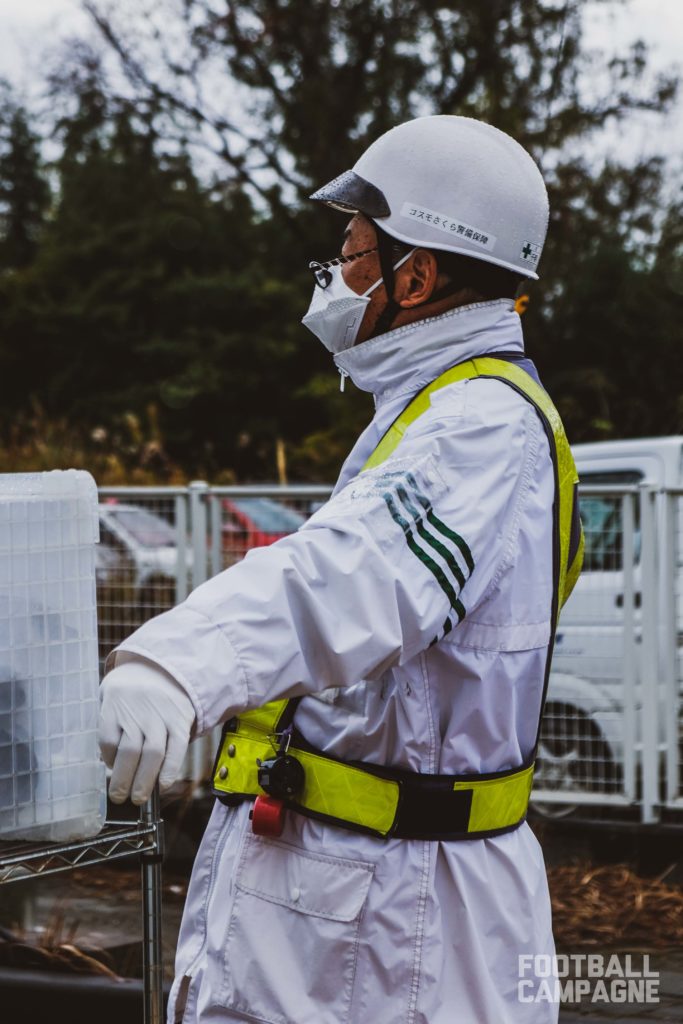 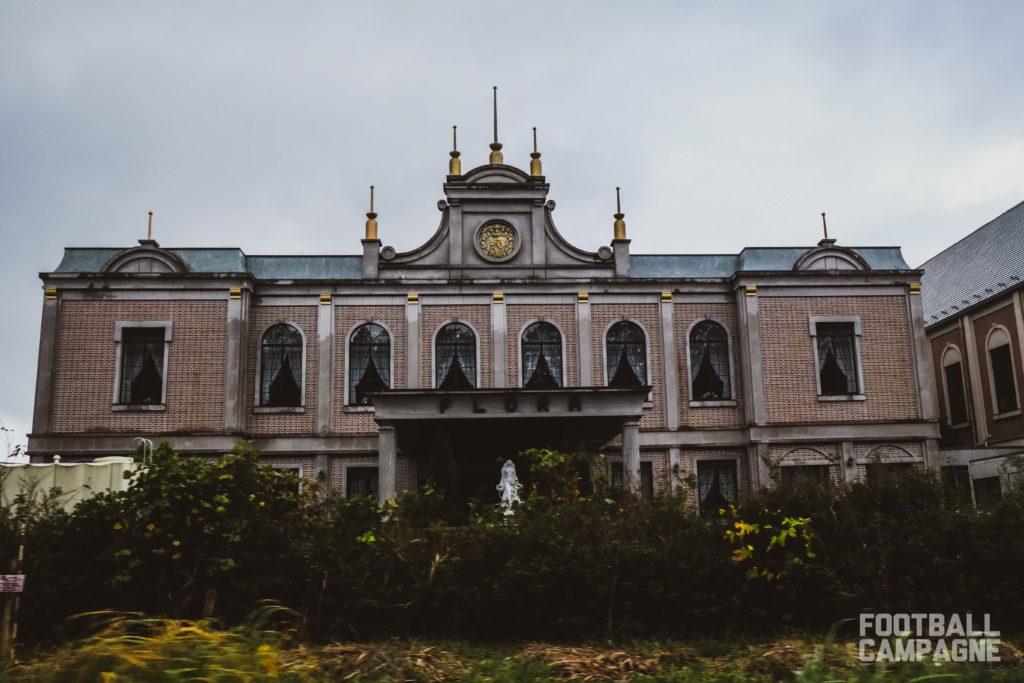 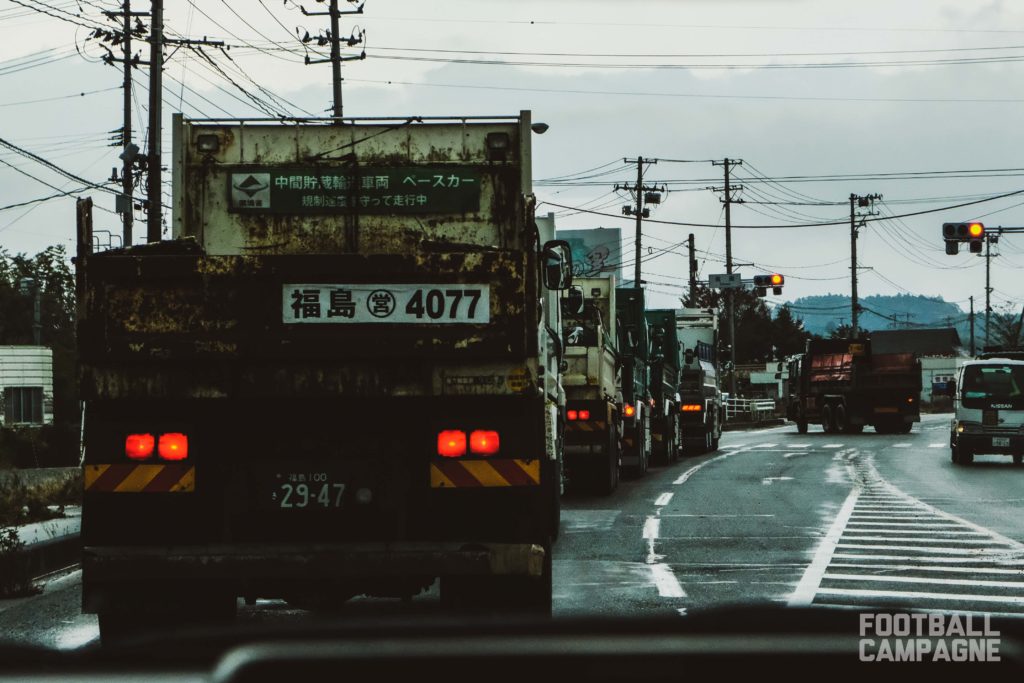 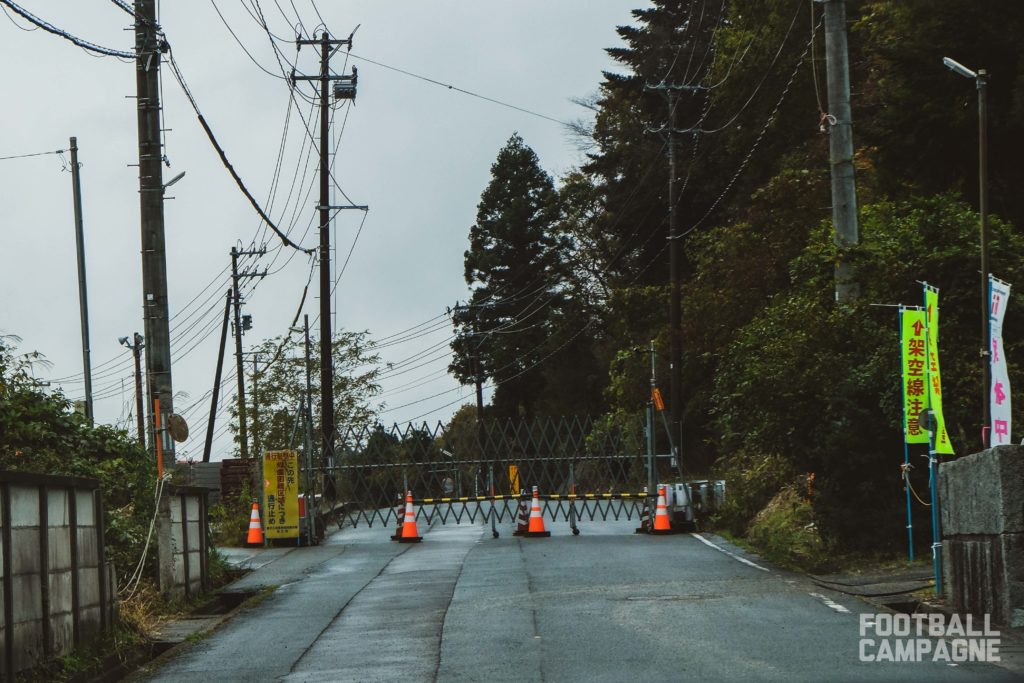 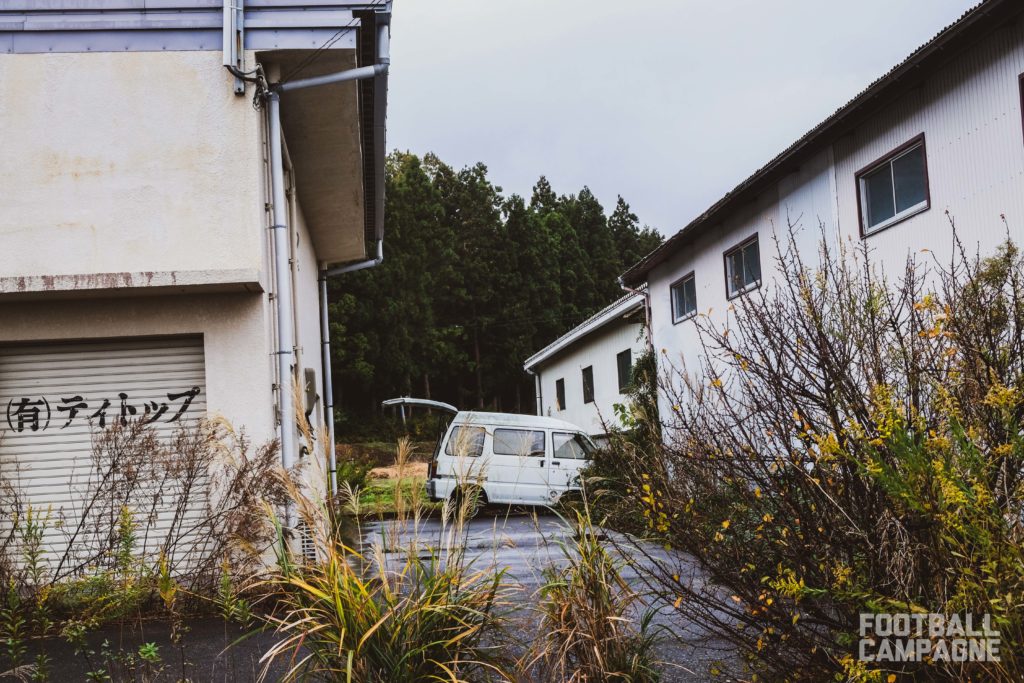 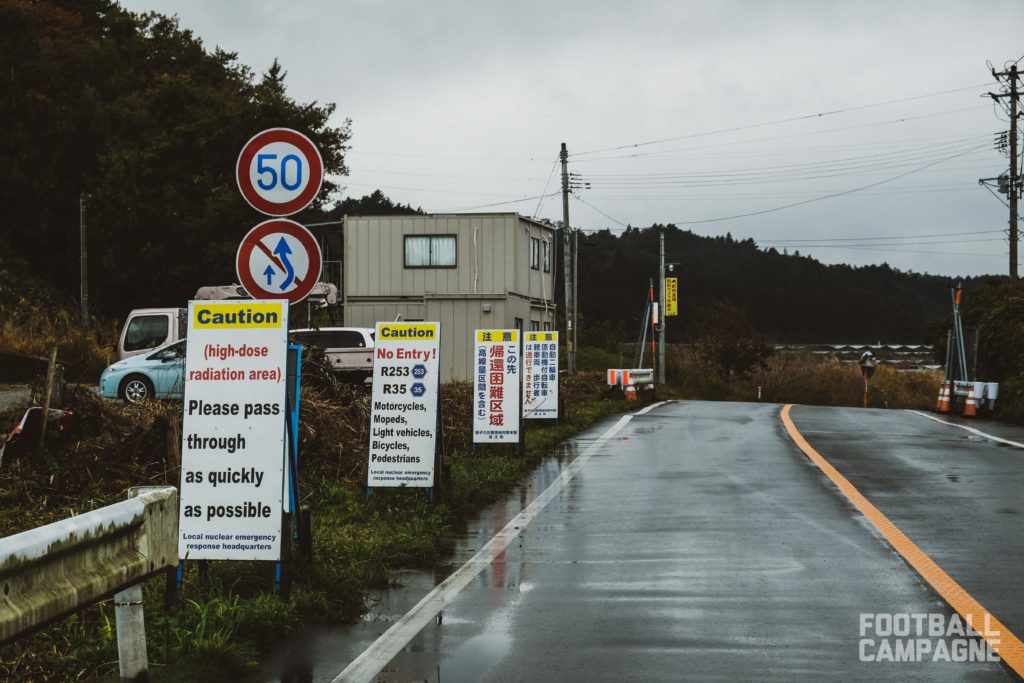 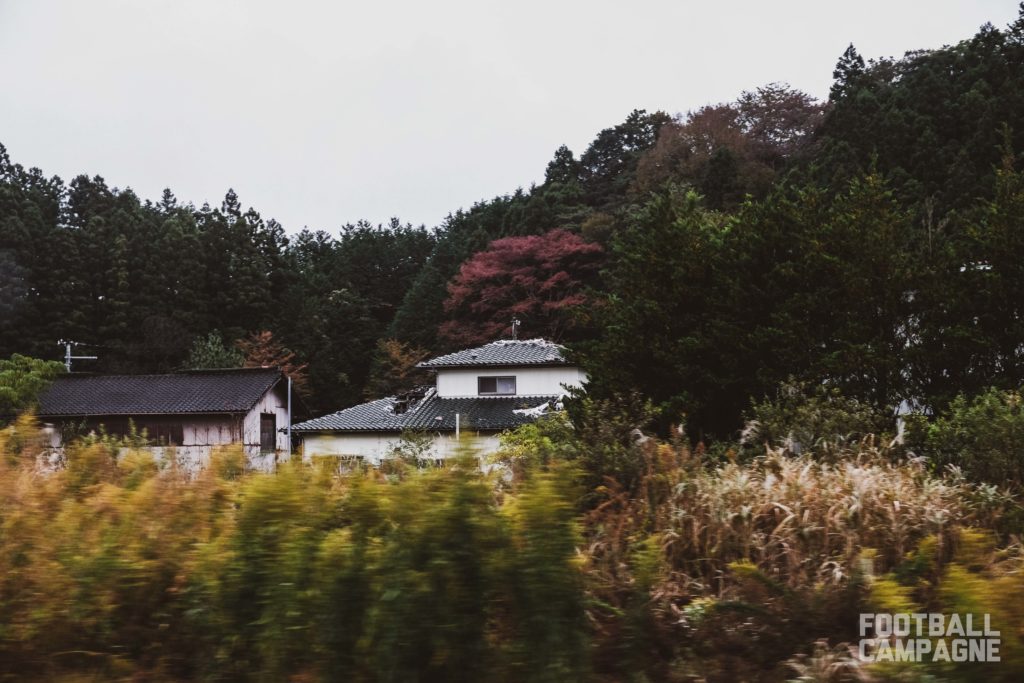 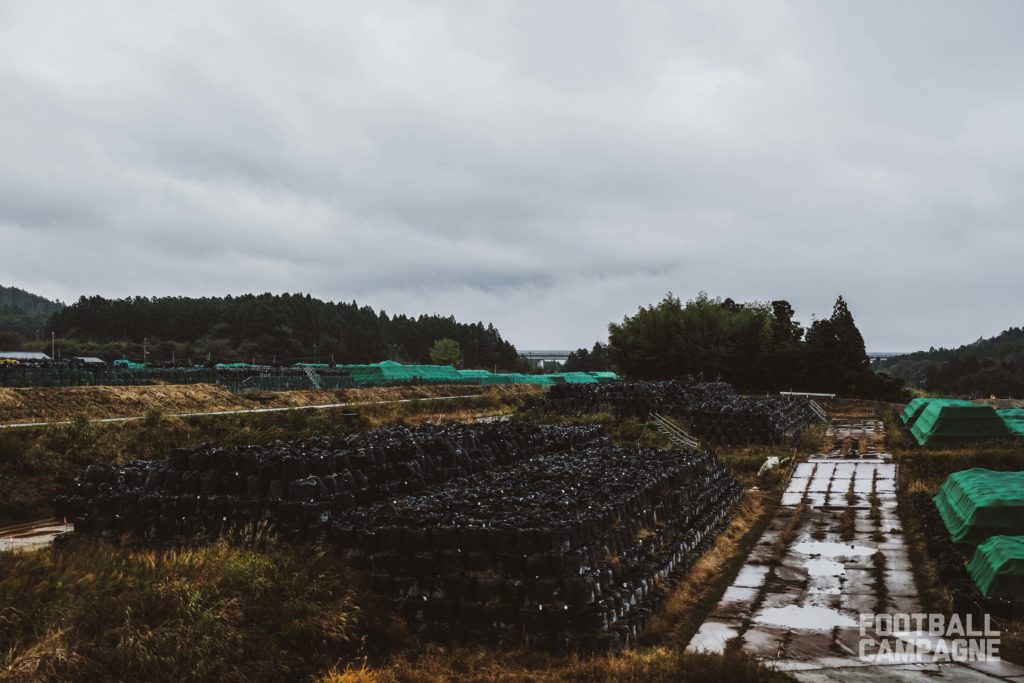 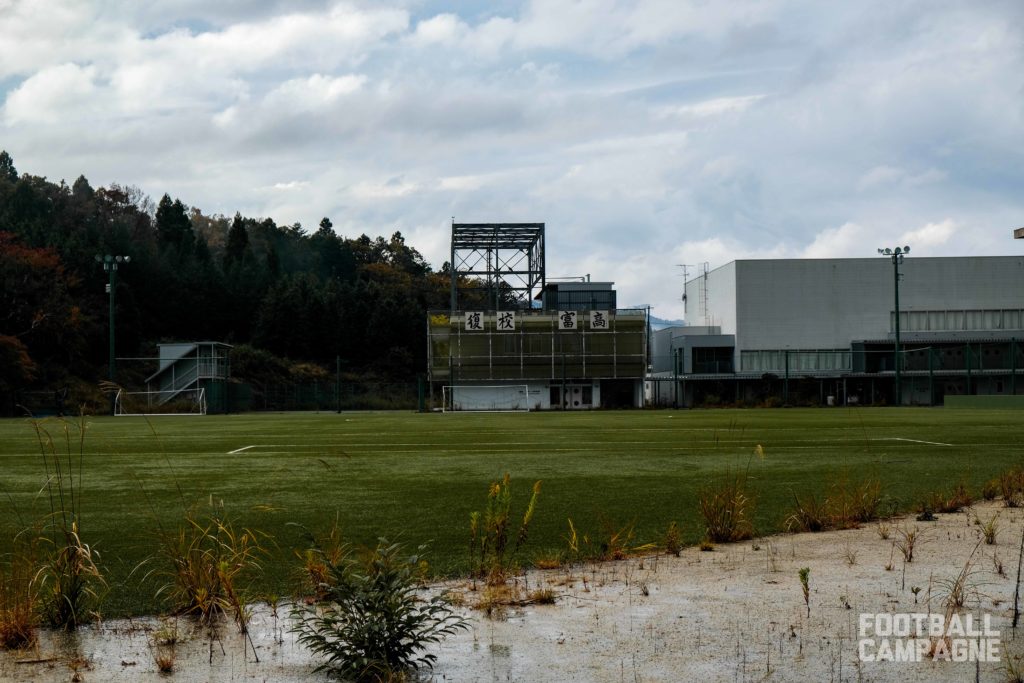 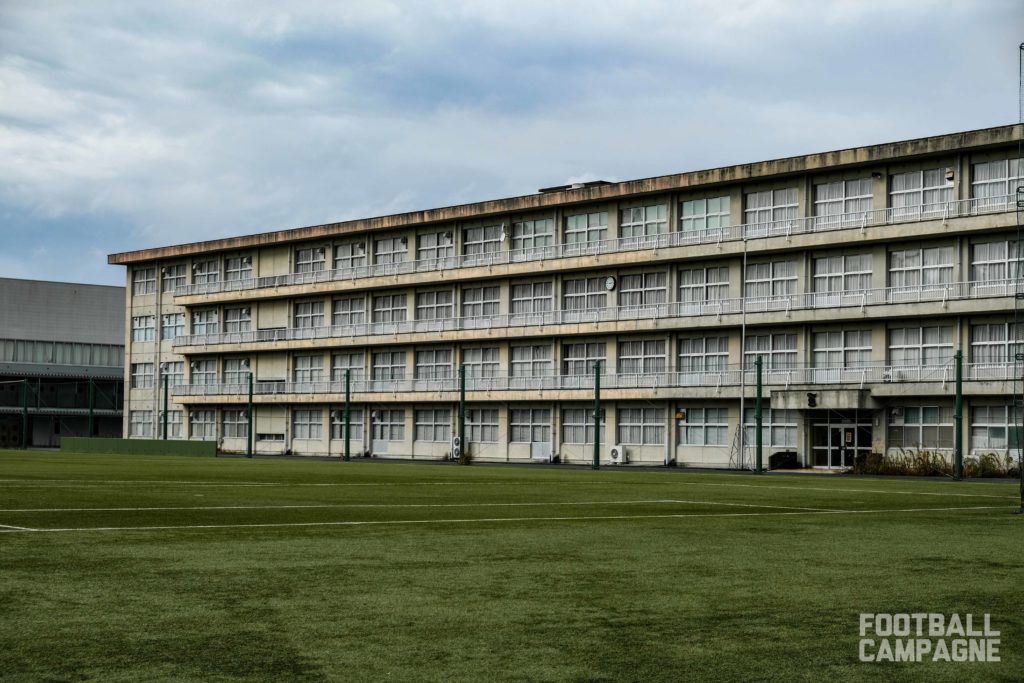 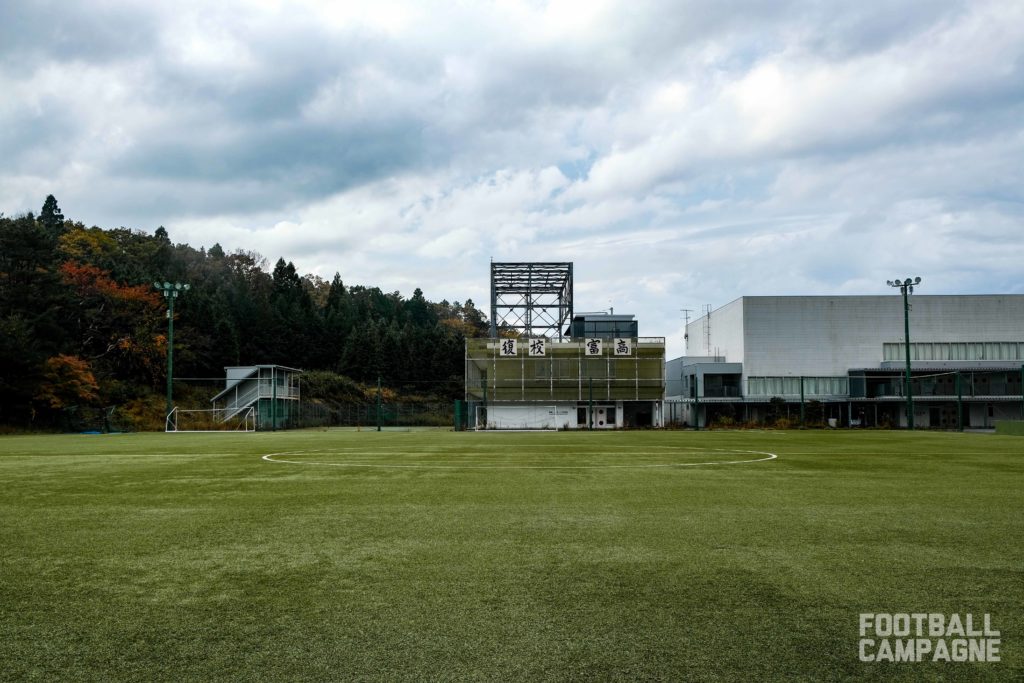 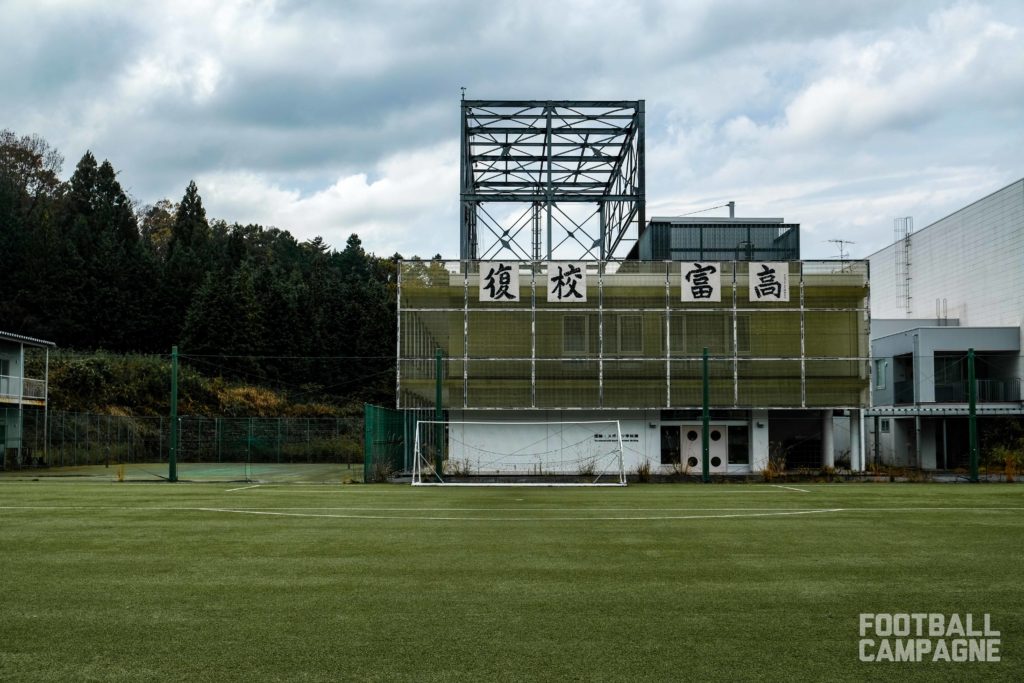 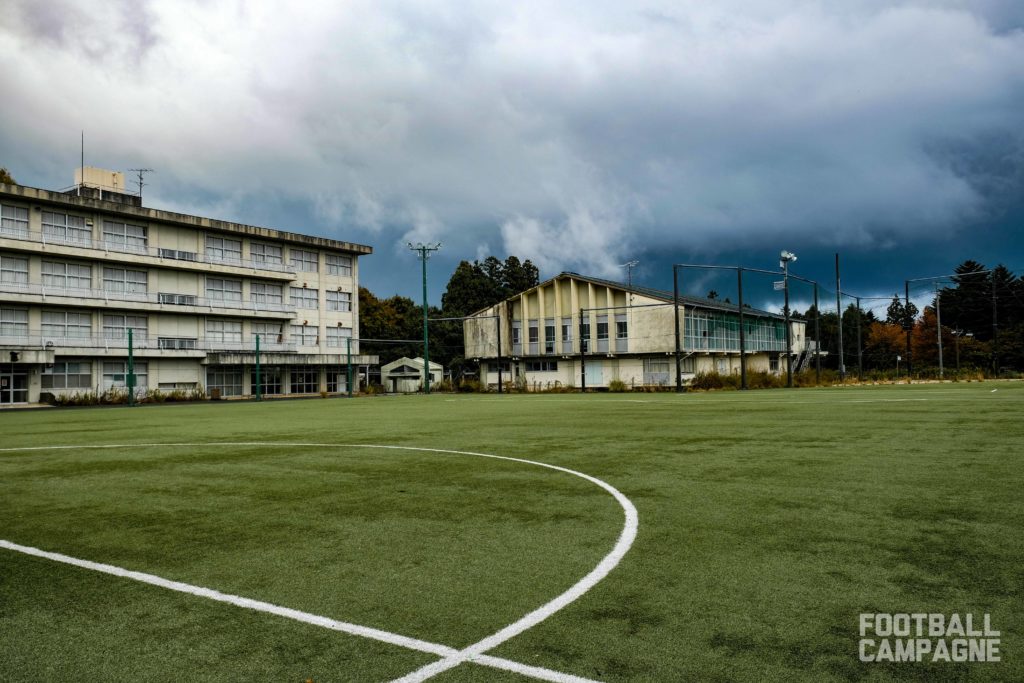 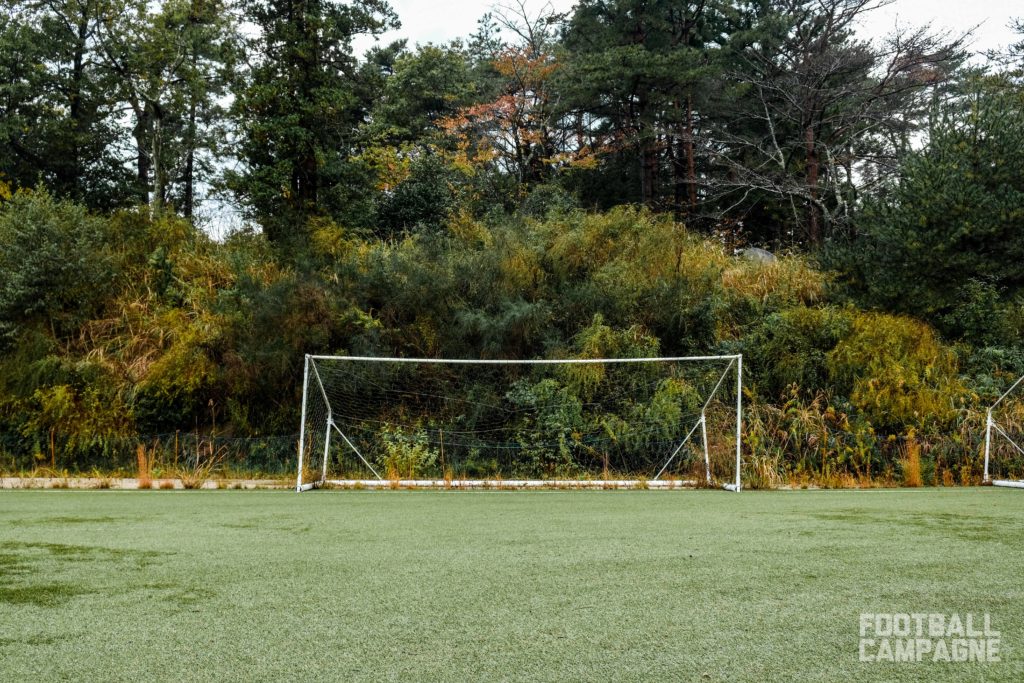 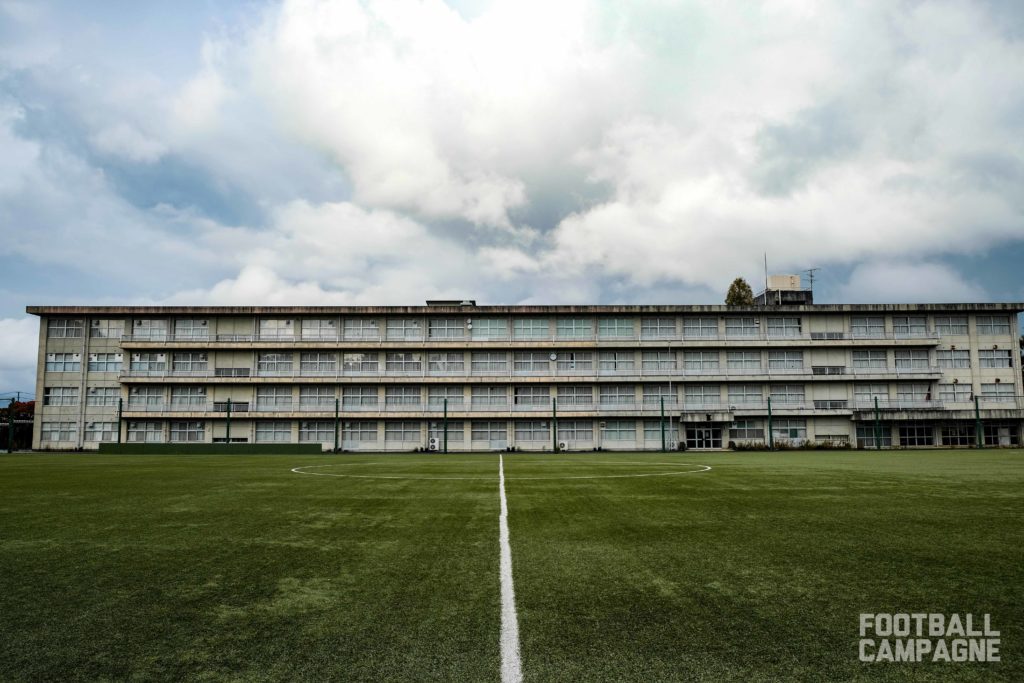 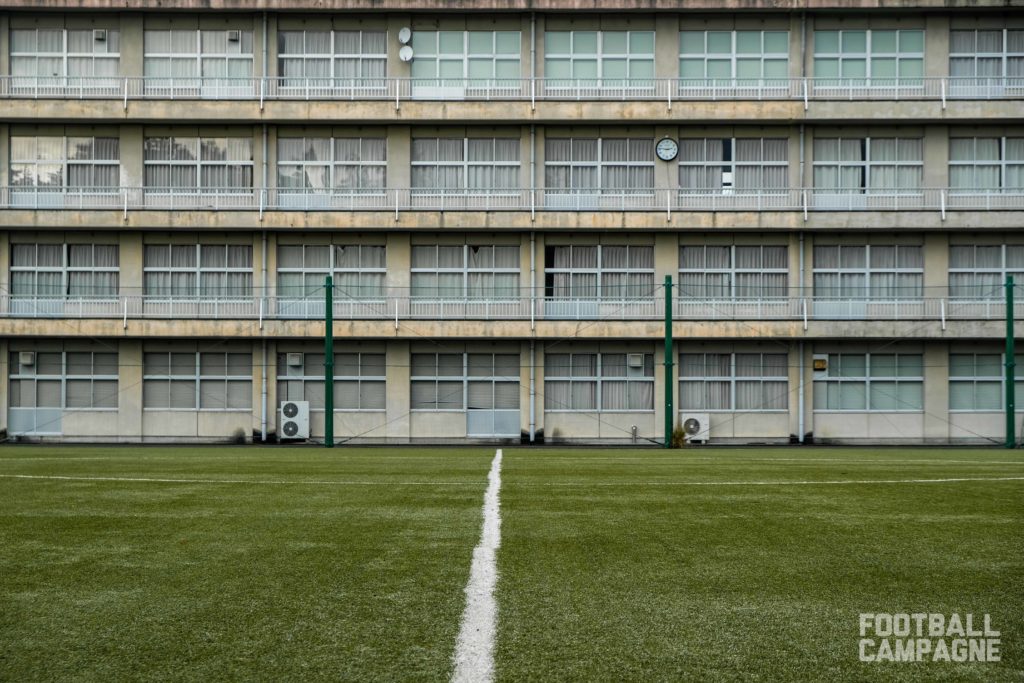 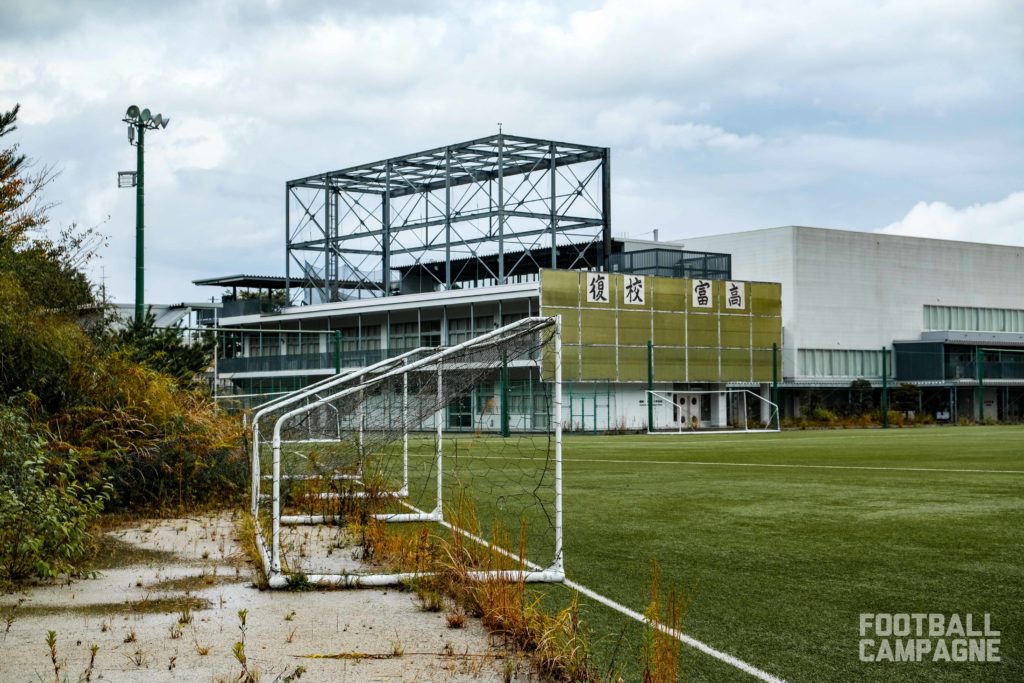 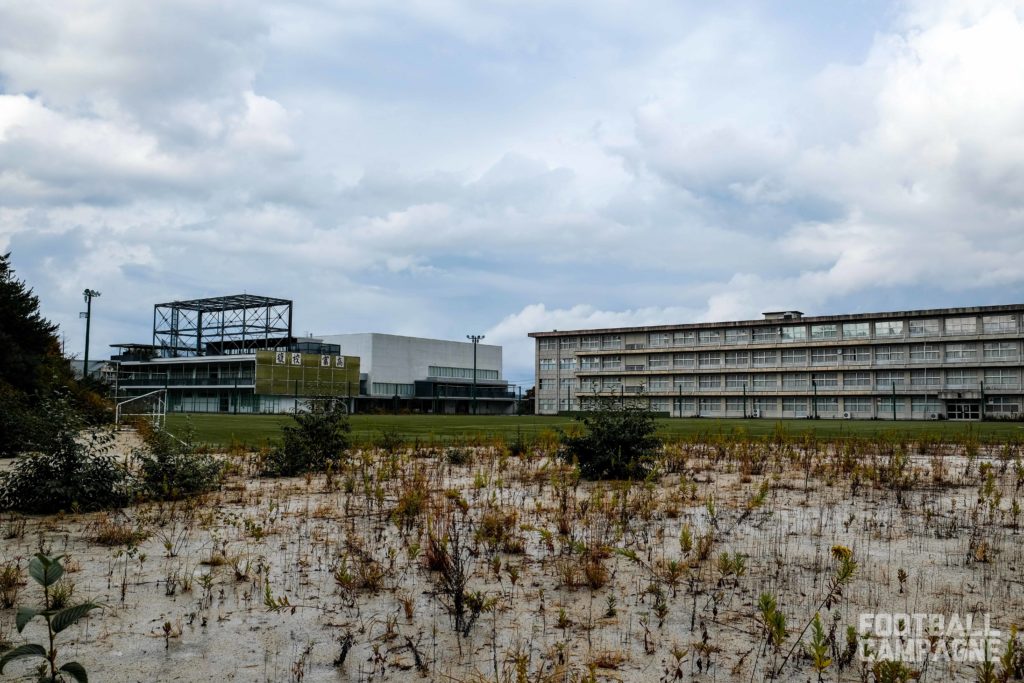 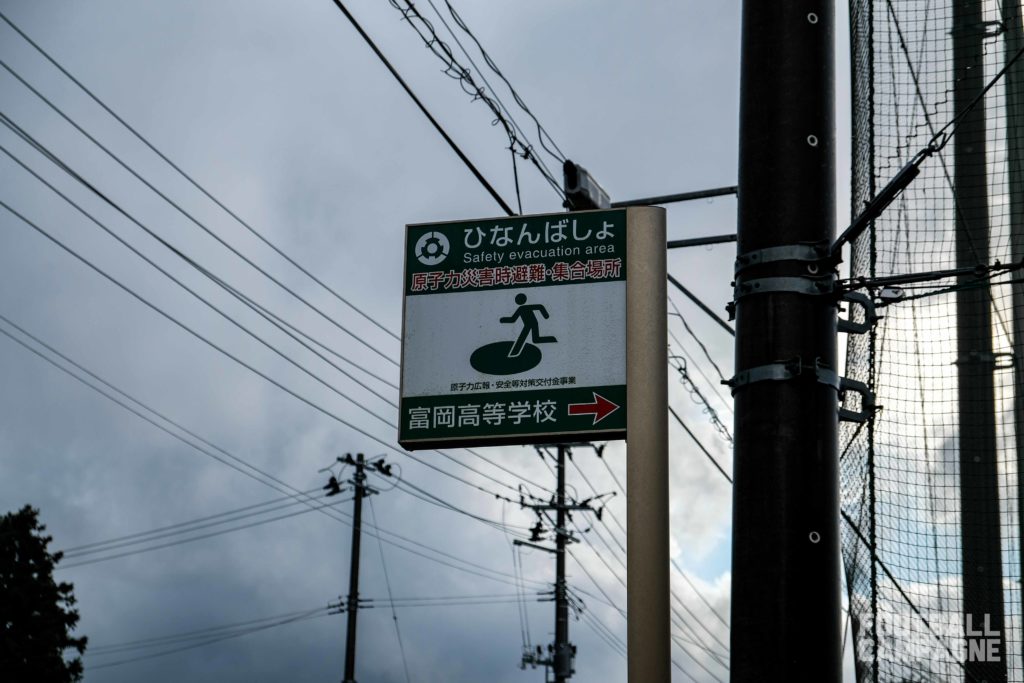 Photography by Jeremie Roturier, who stepped into a puddle of contaminated water and had to throw his irradiated sock away.