Once again, we take advantage of a weekend with the girlfriend to look for new football pitches with this little something different. This time we land in Brussels, Capital of Europe and home of many talented players. As a weekend is a short period of time and it’s unfortunately not possible to dedicate this trip to football, we have to pick our battles and be smart in our strategy. After some deep thinking and research on Google Maps, we identify the Heysel area, which is sadly famous because of the drama of 1985 Europe Cup final between Juventus and Liverpool. As a football fan it’s impossible to ignore the tragedy that’s happened, and after a trip to Hillsborough last year, this is definitely a place we want to visit in order to understand the weight of history. The trick though is that in addition to the Roi Baudouin Stadium, which hosts the national team, there are also a few pitches surrounding the world famous Atomium that we’re going to visit as tourists. We go inside the structure, climbing to the top room at 102m high, and we can contemplate the view, overlooking the city and mostly several football grounds. One especially sound pretty promising, so we hurry to end the tour and go straight to the muddy pitch. The view it offers on the Atomium makes the whole trip a true success. 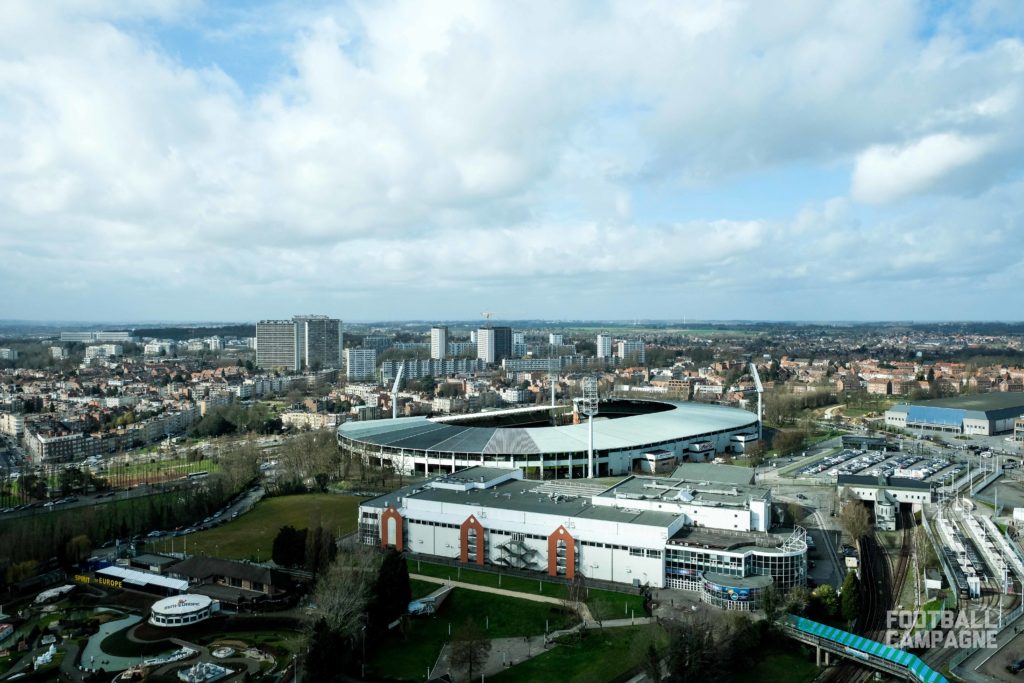 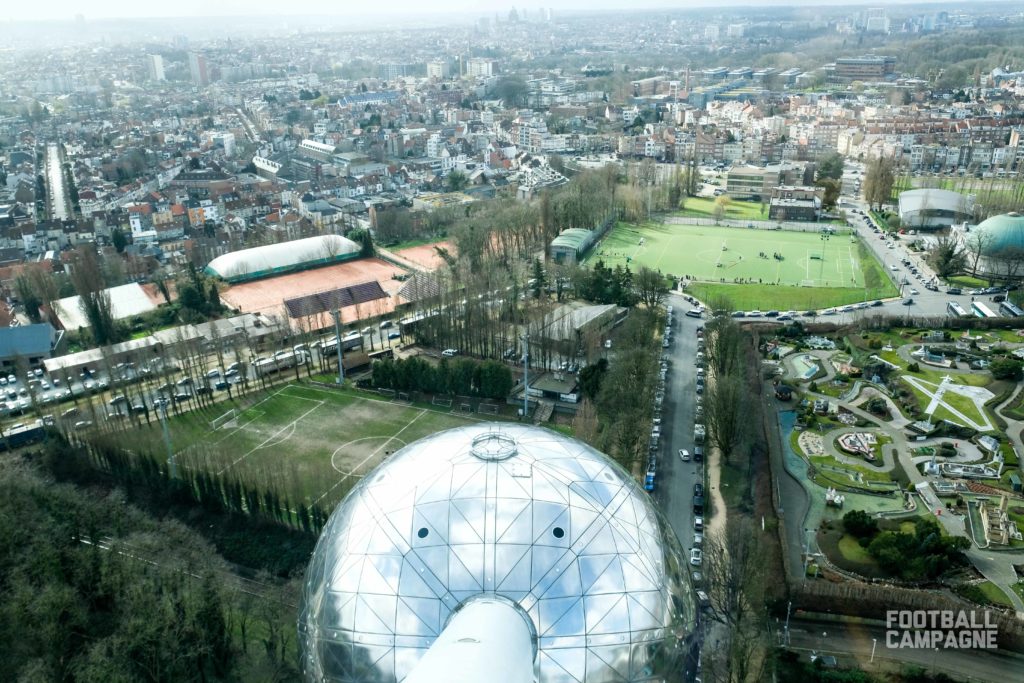 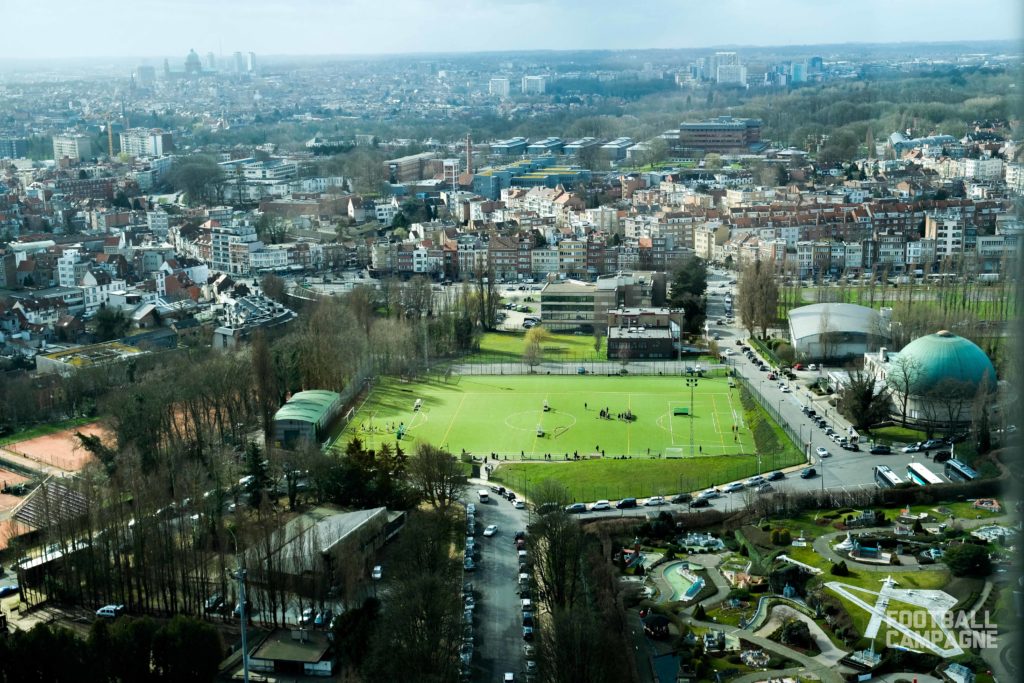 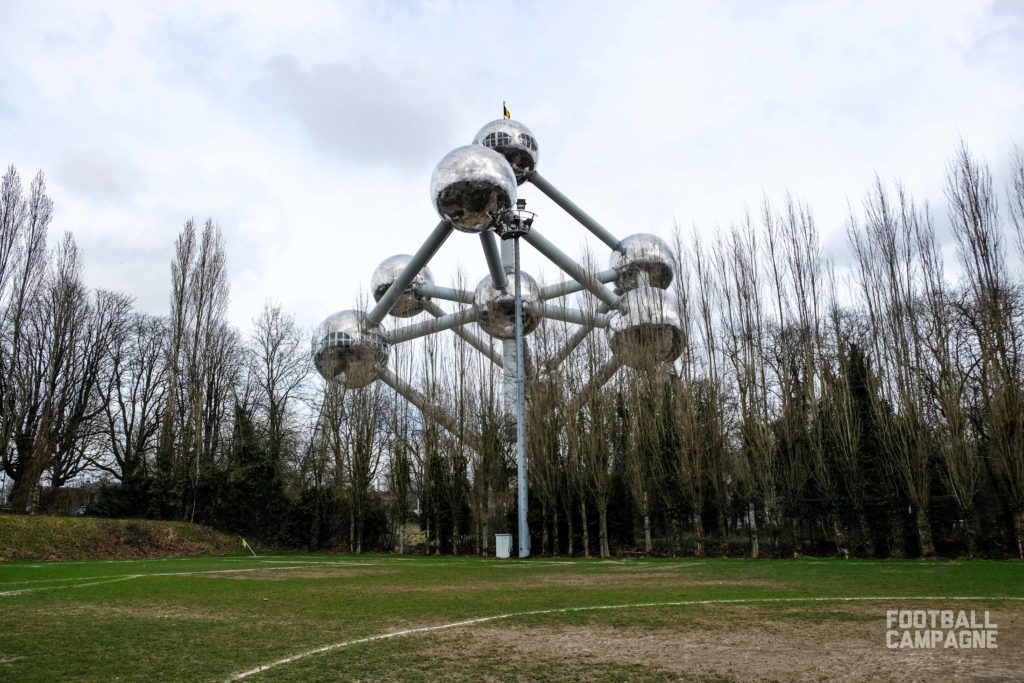 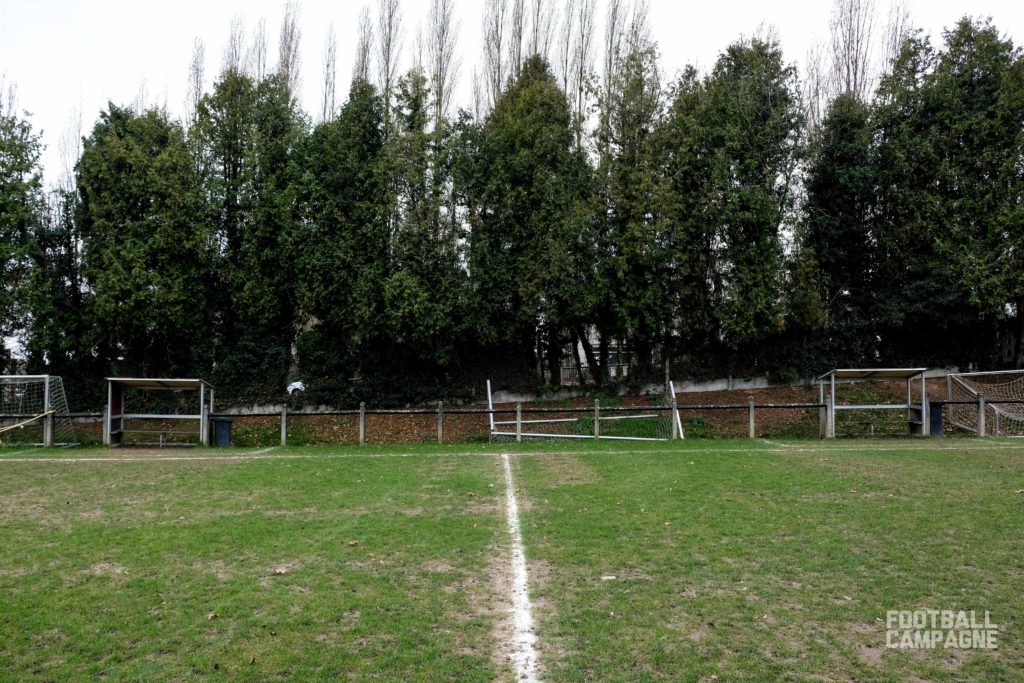 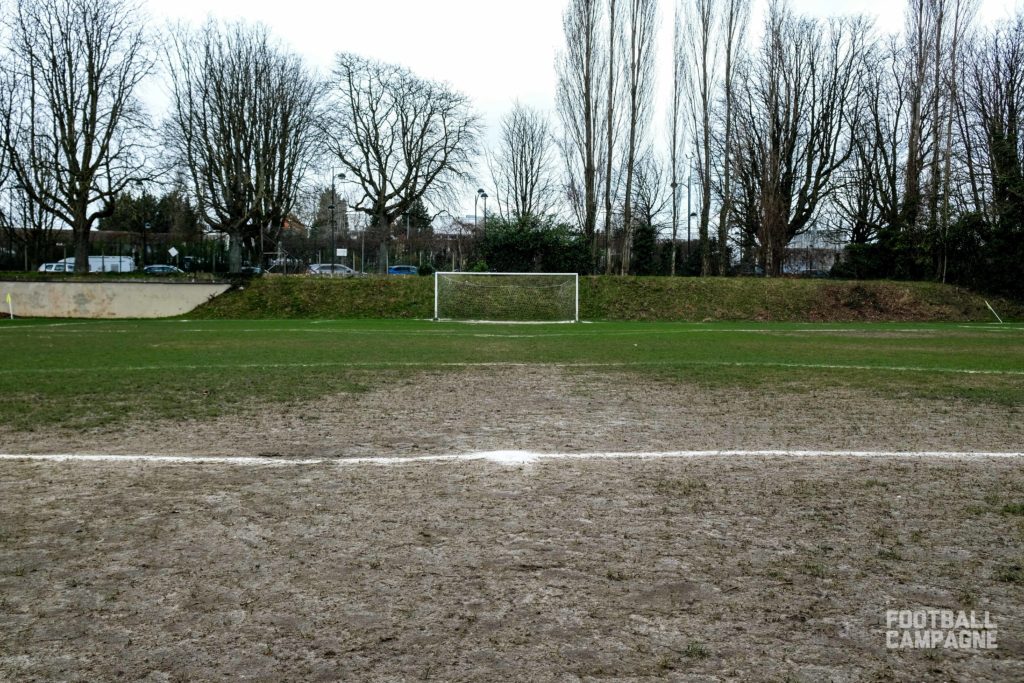 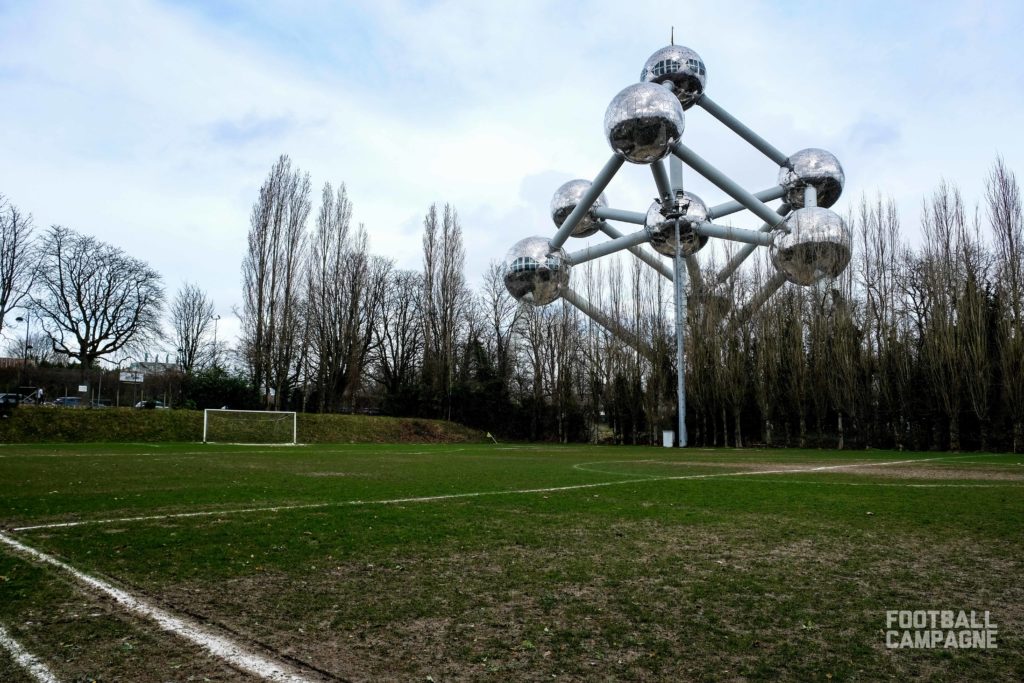 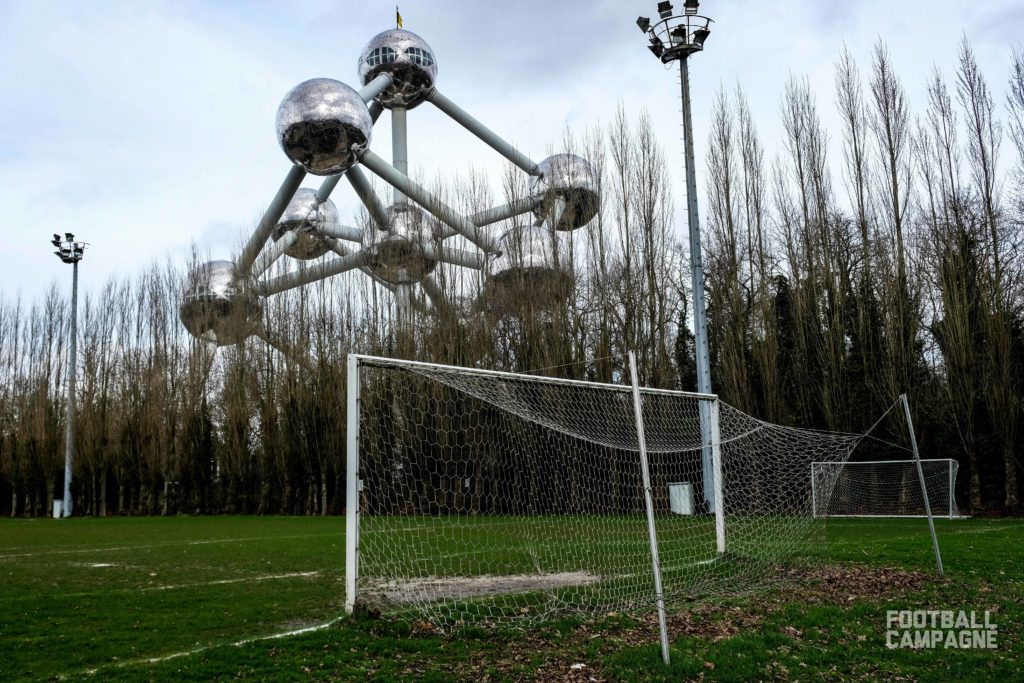 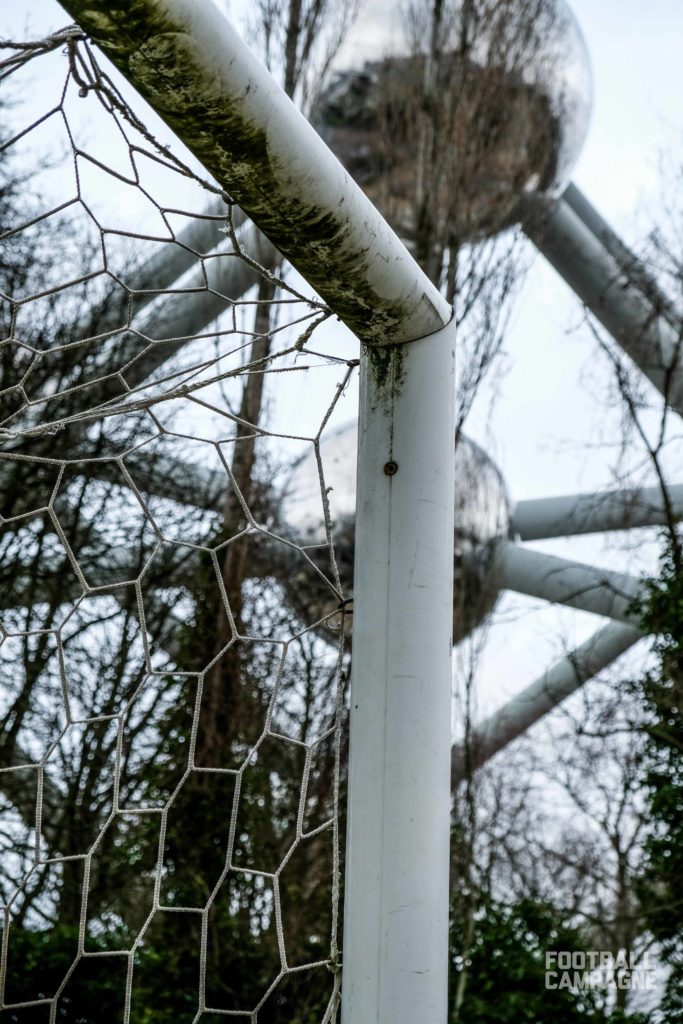 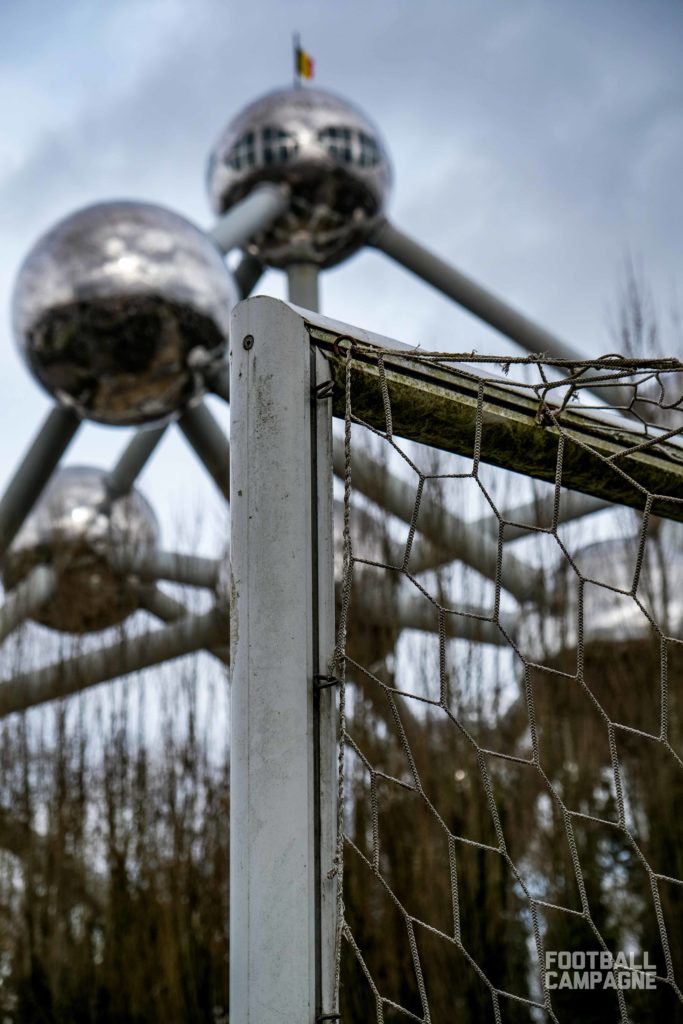 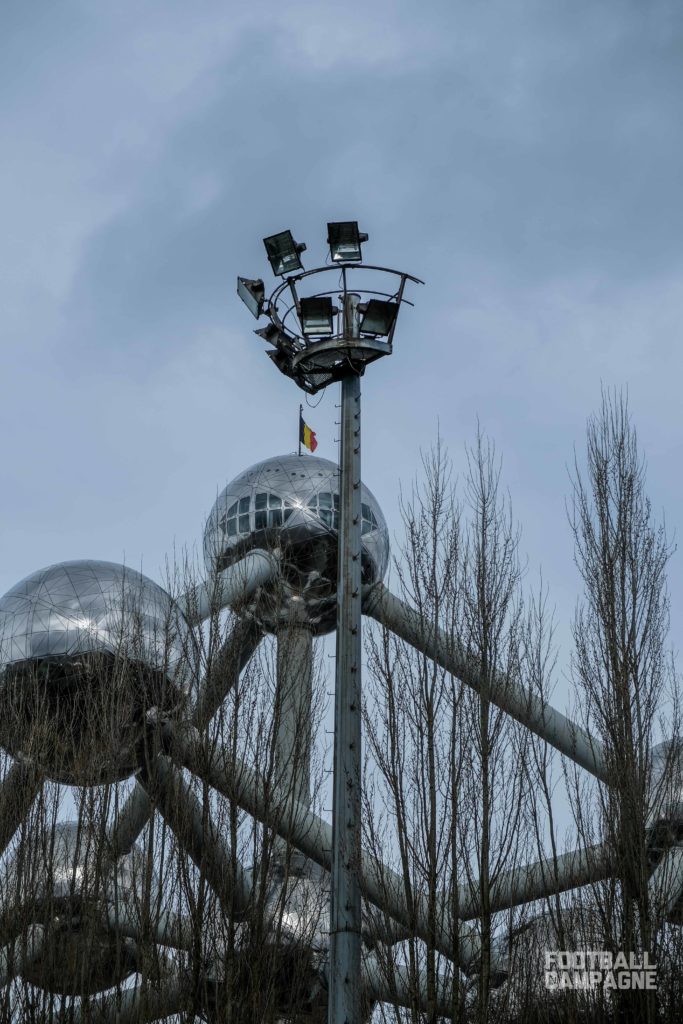 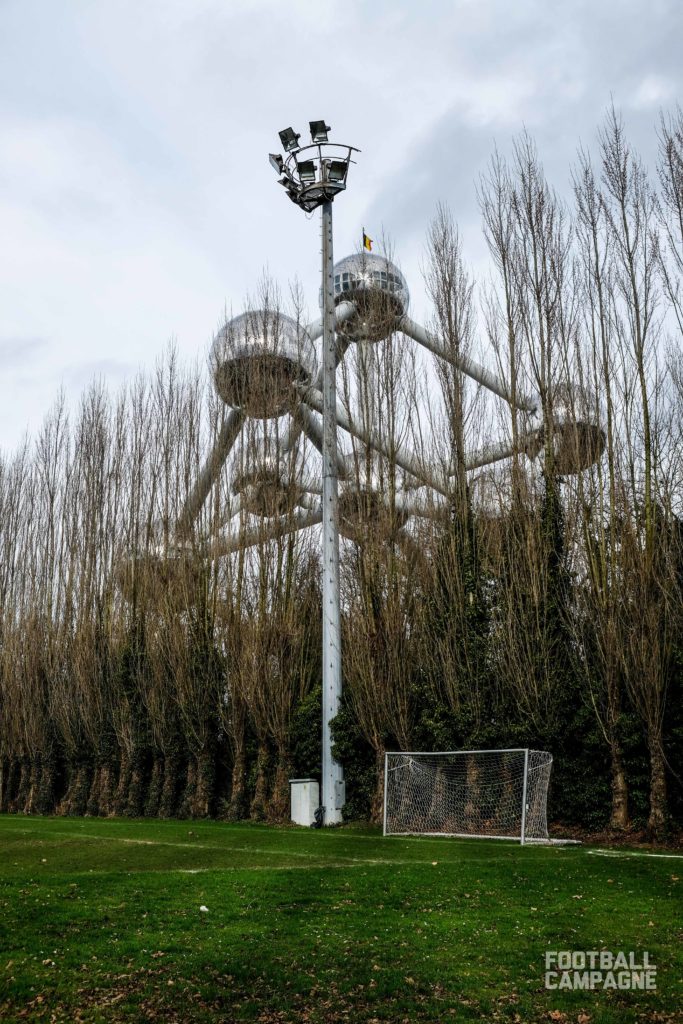 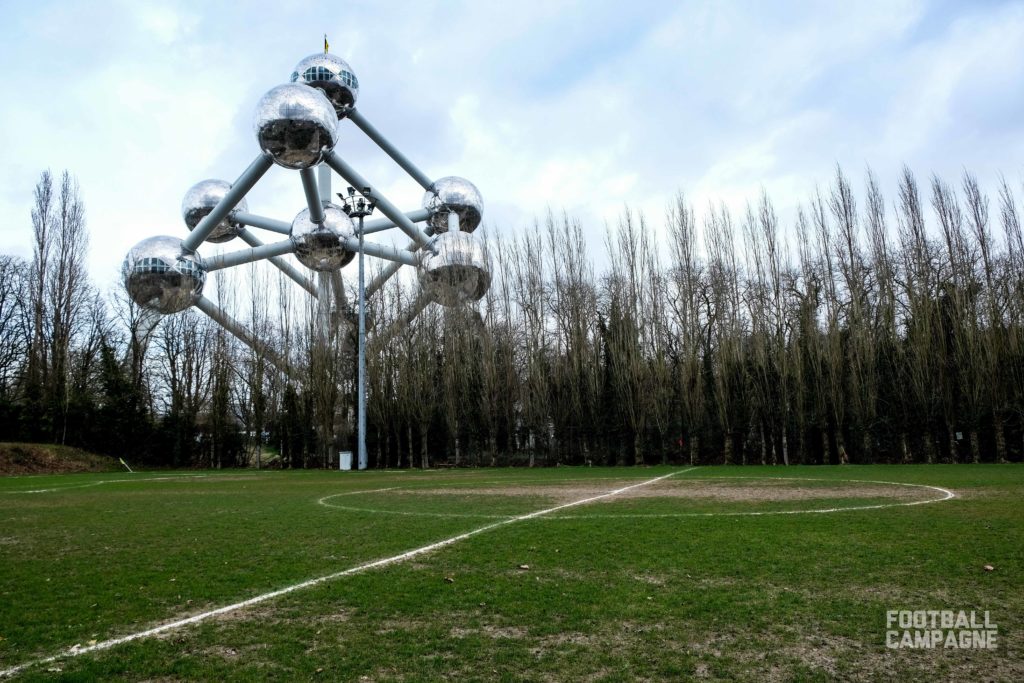 Photography by Jeremie Roturier who had mud all over his shoes walking to the middle of the pitch.